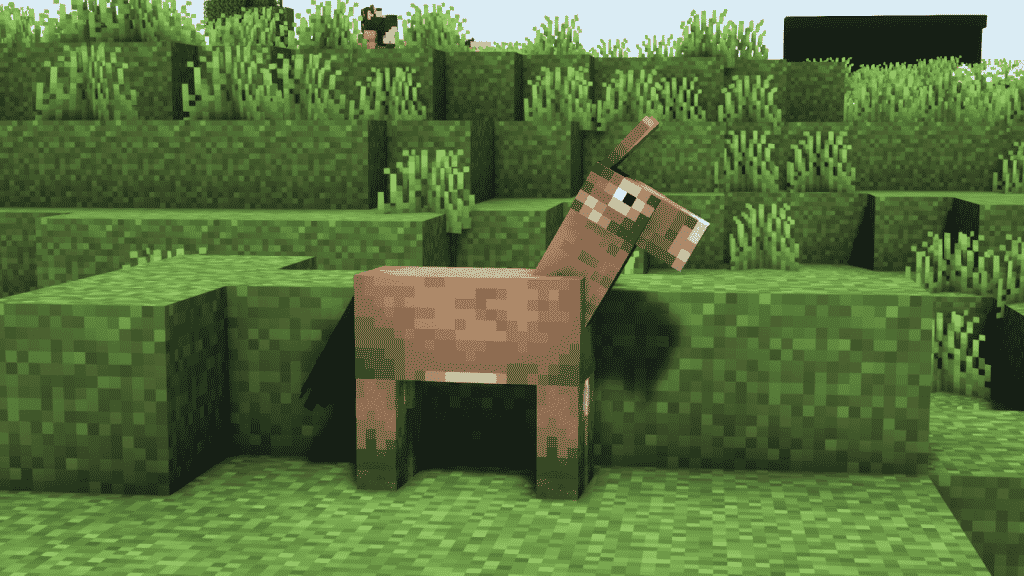 Donkey is one of the variants of the Horse mob in Minecraft that was added in the 1.16.1 version of the game.

Besides having features that a horse has, you can also equip a donkey with a chest to further expand your inventory while traveling with it.

In this article, we will go through what Donkeys eat in Minecraft so you can find proper food to feed and tame them!

So What Do Donkeys Eat in Minecraft?

Donkeys eat a lot of things compared to any other passive mobs in Minecraft. To be specific, you can feed a donkey with Sugar, Wheat, Apple, Golden Carrot, Golden Apple, and Hay Bale.

Donkeys can be healed by using the food above. Sugar heal for half a heart, wheat heals 1 heart, apple heal 1.5 heart, golden carrot heals 2 hearts, golden apple heal 5 hearts, and a hay bale heals up to 10 hearts.

You can also increase the Temper attribute of the Donkey by feeding them.

A sugar, wheat, and apple increase the temper by 3, while a golden carrot increases it by 5 and a golden apple is 10. The more you feed a donkey, the easier you can tame it.

If you feed tamed donkeys either a golden carrot or golden apple, they will enter love mode and start producing baby donkeys. The baby donkey’s growth speed can be sped up by feeding them any food listed above.

What can you feed a donkey?

Do donkeys eat hay in Minecraft?

You can only feed Hay Bale to a tamed donkey. For untamed ones, you can feed any of the listed food above.

How do you get a donkey to trust you?

You can increase the donkey’s trust by feeding them to increase its temper attribute. With a high enough temper, you can easily tame a donkey in Minecraft.