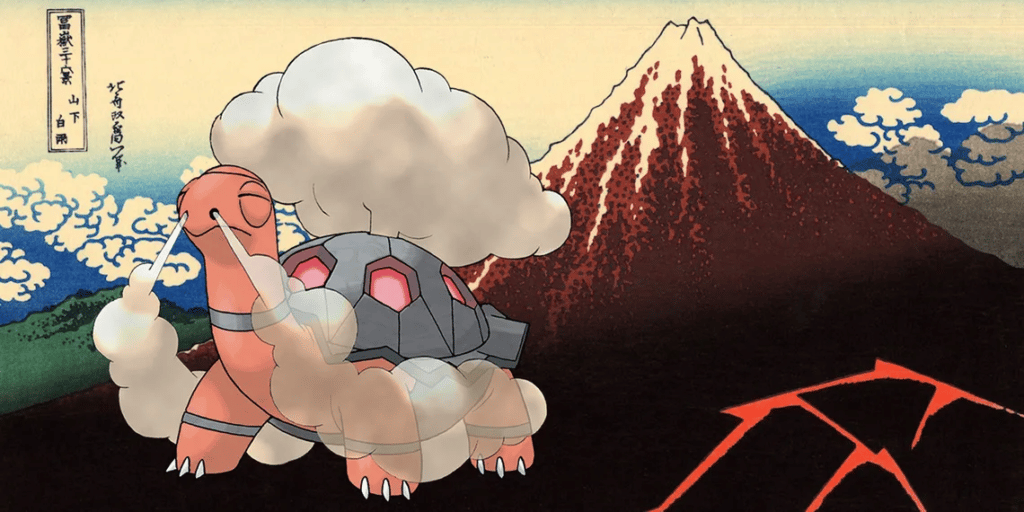 A Reddit user uploaded what seems to be a paradoxical redesign for Pokemon’s Torkoal!

An avid player of Pokemon has just rebuilt the Fire-type Pokemon Torkoal, who debuted in Pokemon Ruby and Sapphire, in an intriguing contradiction makeover concept art. It’s no surprise that Torkoal is a fan favorite after debuting alongside Ash in the Hoenn League and being available for capture in Scarlet and Violet. Torkoal lacks an evolutionary tree, making the user’s redesign of the Pokemon with a new type combination all the more interesting.

Who is Torkoal in Pokemon?

The tortoise Torkoal belongs to Generation 3, and its shell features heat vents. The Pokedex illustration and the in-game sprite show it belching smoke from its nostrils and the volcano-like opening on its back. In “All Torkoal, No Play,” the 332nd episode of the Pokemon anime, Ash Ketchum caught a Torkoal back in 2004 when he still hadn’t won the championship.

Even though Torkoal isn’t the most popular Pokemon in Scarlet and Violet, Reddit user rc1246 still redesign its look for the game. Torkoal’s back looks more like a rocky volcano than the smooth, perfectly divided parts of a tortoise’s shell. Torkoal’s flaming peak protrudes upward, yet the creature itself looks more like a salamander than a turtle. It has a long, spiky tail, and an outcrop of spikes, resembling the sharply angled corners of a terrapin’s shell, surrounding the volcano’s base.

If you wish to see more images, you can go to the user’s thread.

In fact, smoke releases from the summit, and magma is now dripping from its nostrils. Torkoal’s irises are like blazing embers, and the inclusion of this information about its eyes opening is a nice touch. The overall composition intends to evoke a Ukiyo-e Japanese woodblock print.

What did you think of the redesign of Torkoal? You’re definitely going to love a Pokemon-inspired event that Fortnite might hold in the near future (spoiler alert: rumors).

Oh wait, you still have time to claim rewards and freebies in Pokemon Go’s Christmas Event. Hurry up before it closes down before New Year’s Eve.