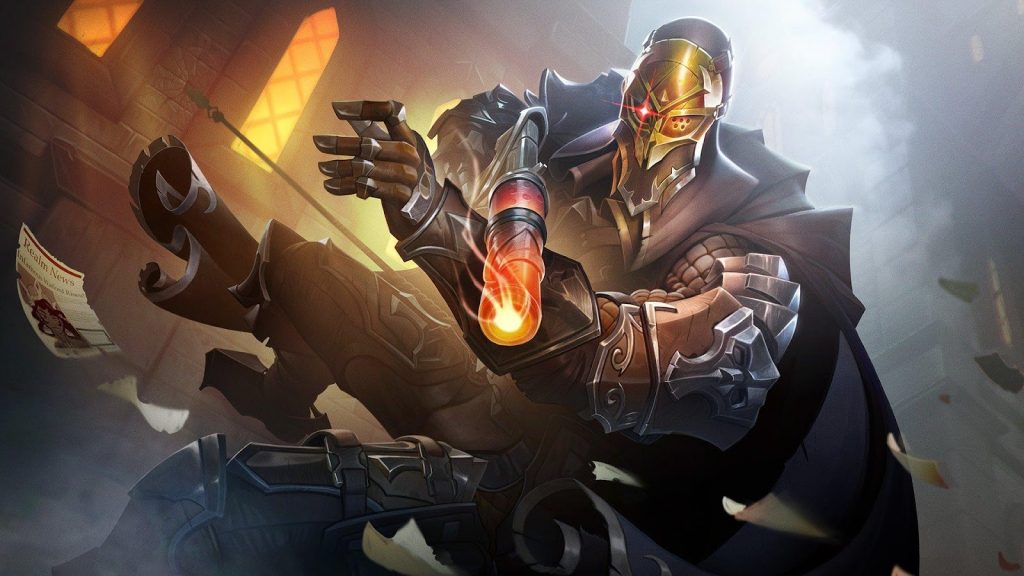 Paladins is the perfect mix of shooter and strategy. On top of being extremely fun and engaging, it’s also free!

The only real “problem” is that there are so many characters to choose from, that it’s hard to choose one to play. Well, that’s where our Paladins tier list comes in.

It takes a long time to learn a new character, so you must choose a strong one. Our tier list makes it easy for you to choose a noob-stomping Champion, no matter which role you love to play.

In this tier list, Paladins are ranked from SS to F, based on their overall strength. We recommend picking up Champions in the SS- A tiers, but if you like a challenge you can step down to the B and C tiers.

Any Champion can reach the top Paladin ranks when in the hands of a god, but it’s nice to know when you’re at a disadvantage!

Borderline OP Champions that are fantastic picks in any situation

Viable Champions, worth learning if you enjoy their mechanics

Can be useful in certain team comps and situations

Only useful when mastered, and sometimes not even then

Terrible Champions that are reserved for the brave of heart

Paladins competitive ranks may seem very familiar to players that have played competitive shooters before.

There are five ranks (Bronze, Silver, Gold, Platinum, Diamond) and each rank is divided into 5 divisions. Winning games will earn players TP, and after earning 100 TP they will be promoted to the next division.

On the other side of the coin, losing games will lose TP and eventually demote players. Following our Paladins tier list and practicing the strongest Paladin characters is a great way to gain easy TP and rank up in Paladins.

As we stated above, this tier list is a great starting point for choosing a main, but it is not law. Androxus is one of the best flank characters in the game, but if you do not enjoy firing his revolver, then you won’t climb on him.

On the other side of the coin, if you love Moji enough to perfect their gameplay then you can out damage any casual Androxus player. Of course, it will be much easier to climb through the Paladin ranks if you choose an OP Champion.

Tanks make and break team comps. Ask any player (except Damage mains), and they’ll tell you that tanks are the most important Paladin characters.

We recommend the following tanks in the current Meta because they are very strong and will fit perfectly into any team you’re placed in.

Thanks to Siphon, Terminus is probably the best tank of all Paladin characters. His decimation loadout can be used on any map, which means he is the perfect Champion to main.

He is a little difficult to play compared to other tanks as misusing Siphon will lead to many deaths. However, if you are willing to put in the time, and enjoy playing Tanks, we highly recommend Terminus.

Barik is what we call a point Tank. He is the perfect Champion for players that have a very objective-oriented mind. Take Barik to the point, and hold the point until you see Victory.

We recommend the Fortify Talent in 90% of games, however, on long maps the extra damage from Tinkerin can be quite useful.

The goal of Barik is to win team fights and then set up turrets at doorways to completely shut down the enemy team. Doing this will all but guarantee you snowball the game to victory.

Off Tanks are Champions that have a lot of health but focus on utility or damage more so than Tanking for their teammates.

A general rule of thumb is that Tanks will sit with their team and protect people, while Off Tanks will try to storm through the enemy team and murder people. If this chaos sounds like your kind of gameplay, then read on!

The reason players choose Off Tanks over traditional Tanks is because Off Tanks have massive carry potential. Atlas is the perfect example of this potential. You want to use Atlas’s mobility to your advantage.

He revolves around charging in, destroying the enemy backline, and then getting out of dodge. If you love playing extremely aggressively, then Atlas is the perfect champion for you because he is one of the most aggressive in the game.

Khan’s Commander Grab skill is one of the most terrifying abilities in Paladins. It is one of the easiest ways to pick off an enemy champion and ensure that your team has an advantage going into the next team fight.

Khan is all about throwing, grabbing, and knocking around enemies so if you like being an obnoxious bulldozer, then look no further because you just found your main!

Finally, onto the main characters (joking, joking… mostly). Damage Champions are just about as important as the Tanks. They are a necessity since they are the ones doing the damage!

Without Damage Champions, teams would just run into each other infinitely and every game would end in a time limit draw. If you enjoy being the center of attention, then Damage is the perfect role for you, and these are the best Paladins Champions you could pick.

Tiberius is one of the most powerful 1v1 Champions in the game. With the help of Combat Trance, he can beat pretty much anyone mano a mano. His bouncing blade can be used for zone control, which means he contributes much more than just direct damage. He is also a very versatile Champion, as he can be used for consistent damage, or as a flank Champion.

Tyra is an aggressive Damage Champion made for players that aren’t fans of the backline. With Tyra, you won’t be dealing poke damage from afar. No, you’ll be looking to roam to the side-lanes with your off-tank. Remember that Tyra is not a Flank, and has no escapes so if you find yourself in the middle of a group of enemies, it is likely lights out.

Flank Paladin characters are damage dealers that focus on targeting the enemy’s backline. They usually have high mobility and high damage.

They will excel in 1v1’s but will fall apart if forced to fight for too long. Their goal is to get in, delete, and get out. If you enjoy playing assassins in other games, then this may be the perfect class for you.

Androxus is the best Flank Champion in Paladins, in our opinion. He is extremely strong, and his damage potential is overpowered.

He is very slippery, so good Androxus players can destroy the enemy backline and escape before anyone even realizes what happened.

Just be careful not to jump into 1v2 situations unless you know you can kill both Champions.

Vora is another “Overpowered” Flank Champion. She has the most carry potential of any Champion in the game but is also one of the hardest to learn.

Vora has a nearly infinite skill ceiling and is perfect for players that love surfing up high learning curves.

Finally, onto the actual main characters (sorry damage players). Supports are the unsung heroes of Paladins and are crucial for victory.

I promise that everyone loves Support players, and even if someone flames you for not healing them, the rest of your team greatly appreciates you! Now, onto the best Support in Paladins with the highest carry potential.

Mal’Damba is equipped with sustained, burst, and AOE heals which can be used to carry entire games. Mal’Damba might be our favorite Champion in all of Paladins and is definitely one of the strongest.

Grover is perfect for you in aggressive supports out there. He has decent healing but can also poke down enemies with his DPS. So, Whether you want to be sour or sweet, Grover has you covered!