Need for Speed Carbon Review – Breaking What Was Fixed 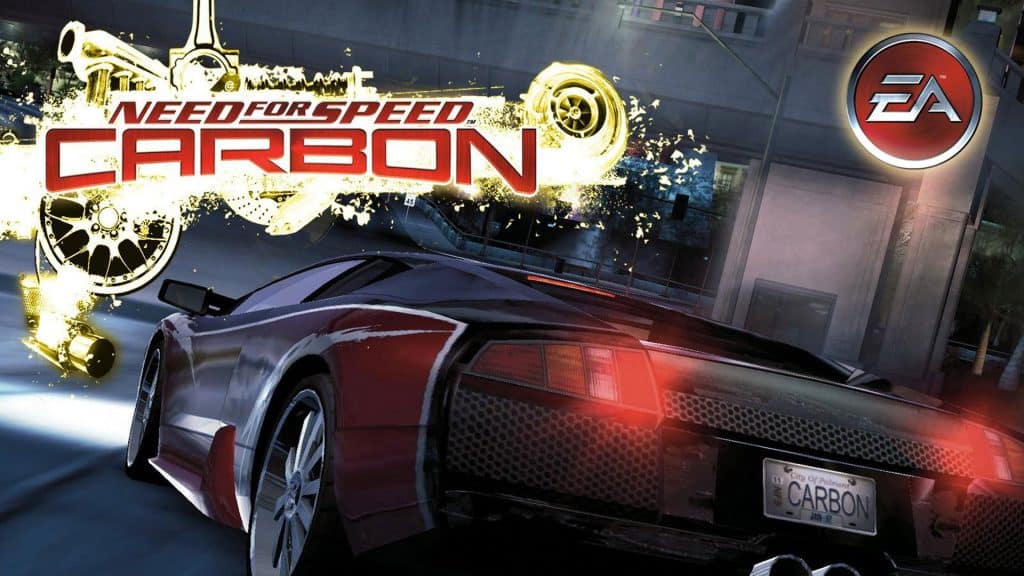 An important oversight in the world of sequels, prequels, and advancements in a series is the age-old “Don’t fix what ain’t broke.”

Sometimes even solid, actionable advice can be fruitless, since it cannot be properly applied. What then, could Black Box have done to improve upon what is now seen as perfection?

And if the perfect blueprint was already with Black Box after the soaring successes of Underground 2 and Most Wanted, then what led to Need for Speed Carbon being reviewed as the middle child of the series by fans and critics alike?

The answer is the problem; ambition. Electronic Arts, coagulation who was well into turning a new corner in the mid and late 2000s into being a big time corporation, was deeply into setting up fancier, flashier new entries into each of their franchises.

And this kind of ambition would lead to last-minute additions, multiple unnecessary cuts, and revisions that would ultimately lead to the panning of Carbon.

Despite that, we believe that it is a decent entry into establishing the signature Need for Speed language; deeply embedded in embracing and exploiting the zeitgeist of import and exotic culture of mid-2000s America.

The challenge that Black Box and EA faced wasn’t solely rooted in a lack of direction; they actually had a fair idea for what they wanted Carbon to be.

A free, open-world, hip arcade racer that would be a firm addition to a series that was on the rise at that moment in time.

Despite that, the first problem they faced was deciding how to capitalize off the distinctly over-the-top nature that warmed fans to Most Wanted, and how to carry it over, along with the award-worthy pursuit system.

But as we have seen over the years, neither was achieved. The pursuit felt tacked on, the characters felt insignificant and the story felt lackluster.

The second was giving Carbon an identity. Sure, they might have thought that the Canyon races were going to do the needful, but locking it to a certain subset of the story ultimately led to it being largely ignored, setting Carbon’s identity as a lousy cash-grab.

On top of that, as we mentioned, interesting and charming character archetypes like Razor Callahan and Ronnie McCrea were replaced with forgettable stereotypes like Kenji and Darius.

The sound design was nothing to write home about either, with the engines feeling either force-fed or limp, and the general soundtrack was repetitive and felt out of place.

Lastly, the ports for the last generation were nothing to write home about, lacked online connectivity, and left the Carbon PC version as the sole ‘Definitive Edition’ experience.

The gameplay of Carbon did not veer much from Most Wanted, and although there was some semblance of effort visible through the Canyon system, its restricted implementation hurt the gameplay.

The good thing is, EA and Black Box knew what they were doing despite these missteps. Drag racing was cut, because of worries that it likely would not support the winding city roads of Palmont, and for the same reason, Drift racing was reintroduced.

Customization returned with more options, but the incentive was waning because of the lack of its integration into the overall gameplay other than with regards to aesthetics.

As for the map, there were a few interesting places that were cut from the final release of the game, including free access to the Canyons, and a training area outside of the main map.

The loopy roads and tight corners are great in contrast to the Canyon boss battles.

The immensely helpful fast travel system is carried over from Most Wanted, and the map is fairly sized and scaled to the technology of that era.

Apart from all of this, Carbon did not have anything substantial to offer, as the Pursuits were a boring rehash and did not work in a city environment, and the lack of police integration to the objective did not do the game any favors.

As it was intended to be the direct successor to the best-selling Most Wanted, the plot of Carbon continues in flashbacks set before Most Wanted and during the presentation.

Now, the problem with Carbon was that it wasn’t Most Wanted. The darkly lit scenes, glaring lights, and lame one-liners that the characters used seemed to more hamper the storyline than progress it.

The story sets you off on a journey to repay Darius for the bounty on your head after Cross, the enjoyable antagonist of the last game, rushes you across the Canyons in a chase which ultimately results in the totaling of the fan-favorite BMW M3 GTR with the custom body kit and the iconic decals.

This is where the similarity with Most Wanted ends, sadly. It was found in later interviews that a lot of cutscenes that would have provided context to the whodunit story of Carbon were cut to adjust for length and pacing.

That in turn resulted in a disconnect between the story of the previous game, the current narrative, and the end-user. Once the immersion is broken, there is little salvaging what’s left.

Need for Speed Carbon was, in one word, rushed. The content of the game felt largely like a collage put together by a 3-year-old, an amalgamation of concepts that did well individually but when brought together felt like Victor Frankenstein was the director.

And due to the fact that the game had no identity of its own, it just looked and felt less like a Need for Speed and more like bad DLC for Most Wanted, which would sadly turn into a trend for EA; designing games forever in the shadow of their 2005 cult success.

Despite the problems it faced, however, Carbon is still a decent 5-6 hour arcade romp with deep customization options, a campy mystery to solve, and some replay value with the customizable race options outside of the regular Career Mode.

We would only recommend it if you’re tired of Most Wanted and are going through the mid-2000s era of Need for Speed chronologically to get the full experience.