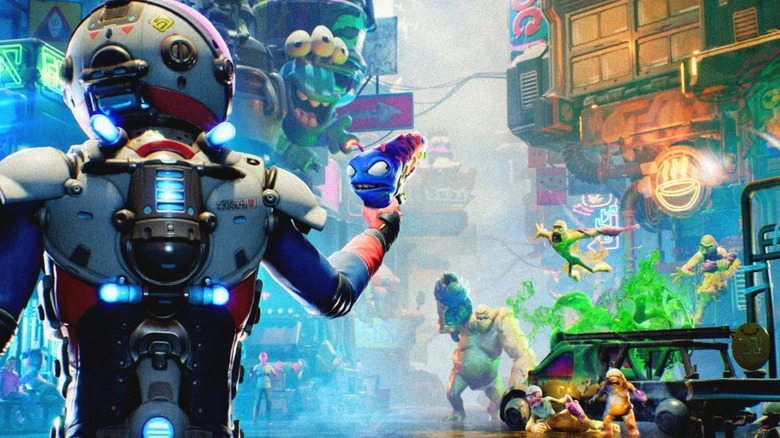 How high can High on Life go in the 2022 Game Pass rankings?

On both console and PC, the comedic shooter currently holds the top spot, above the likes of Minecraft, Forza Horizon 5, FIFA 22, and Lego Star Wars: The Skywalker Saga.

That suggests plenty of Game Pass users have decided to give the game a try as part of their subscription. However, it also seems to be selling well at full price, with Xbox’s sales rankings placing it in fifth.

Released on December 13 on Game Pass, High On Life received mixed reviews from critics and initially was a mess at launch. Shortly after release, a patch fixing some of the worst performance issues hit and the game is more playable now (if you don’t mind Rick and Morty-like humor.) And it seems a lot of people have decided to give High On Life a go, according to the limited data we have via Xbox.com and the Game Pass app.

On the official Xbox website, you can see a general list of the “Most Popular” Game Pass games, and according to that site — as of 5:20 p.m. EST on Dec. 19 — High On Life is the most popular title out of the entire Game Pass collection. A glance at the Game Pass app on Android and iOS reveals a similar story, though the list on the app is slightly different. Meanwhile, on the PC Game Pass app, High On Life is also at the top, ahead of Darktide and Microsoft Solitaire.

This is despite the distinctly mixed critical reception from media outlets at the time of release. Currently, High on Life has a 63 and 67 on Metacritic, with credible outlets such as PC Gamer (4/10), PCGamesN (5/10), and The Guardian (2/5) publishing negative reviews.

Other respected publications such as IGN (8/10) and Gamespot (7/10) published more favorable verdicts, but still not the kind of reviews typically associated with a best seller.

Did you know? Game Pass already collaborated with the world-renowned MOBA game League of Legends in an attempt to make every champion free to play. How’s that for the best bargain deal this 2022?