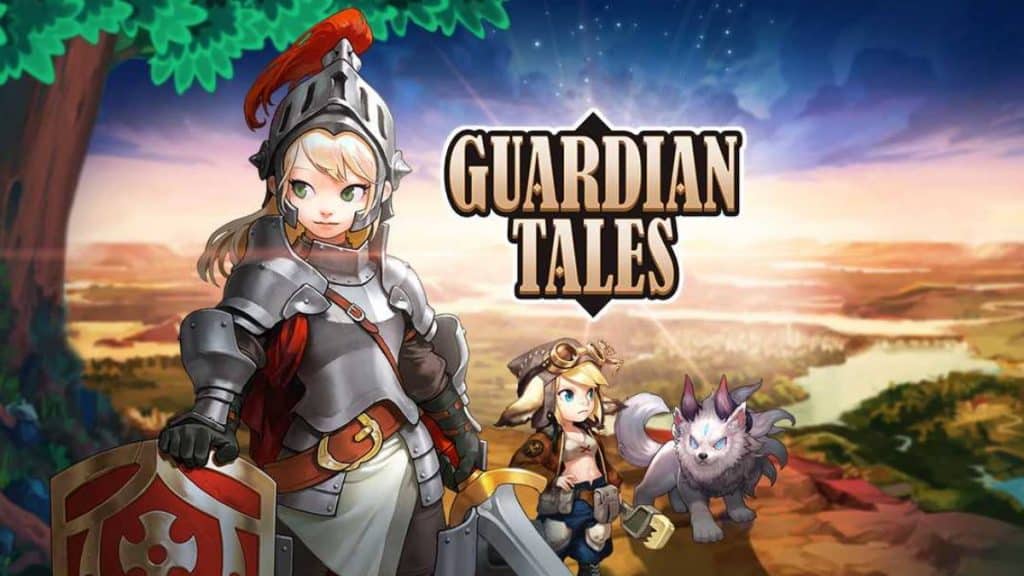 Guardian Tales is an excellent Action RPG with plenty of unique characters and Heroes which scratches that Pokémon itch of wanting to Catch ‘em all.

It’s no surprise considering it is a Gacha game, but it’s one of the better ones we’ve played so far. Just why we’ve compiled this Guardian Tales tier list!

It’s one of those mobile games that border on being a PC or console game. Yeah, it’s that good. *If you’re into Gacha games that is*.

But with so many unique, well-designed Heroes to collect, you might be lost on who’s the best of the best on the extensive roster.

And that’s what we’re here to do today; we’re going to share the latest Guardian Tales Tier List ranking every Hero in the game.

Our Guardian Tale Tier List is going to focus more on end-game content since that’s where you’ll need a list of the best characters most. Before getting to the end-game, you don’t need to follow the Meta as much.

You’ll be able to get up to Chapter 7 with the Heroes you obtain naturally by playing the game.

You can opt to save your Awakening Stones and other resources to start progressing to newer, higher-ranked Heroes to build out your team after Chapter 7.

Since this is a Gacha game, summoning a 3-Star⭐⭐⭐ Hero before you can fully utilize them might not be the best plan. These Heroes may also be out of the meta/not as powerful when newer characters get added later on.

Meaning you could be wasting sparse resources on a character you’re not going to use by the time you reach the end-game. Just something to note before you start your adventure.

But now that’s out of the way, let’s get straight into the Guardian Tales Tier List!

Before we get into our search for the best Hero in Guardian Tales, here’s how we’re going to Tier Heroes. We’ll divide the Tiers from S to D-Tier, with D-Tier being the worst of the roster.

These are the cream of the crop and will be the most powerful Heroes in Guardian Tales. They have powerful base stats, overpowered skills, and will benefit greatly from long-term investments in their development.

If you’re looking for the absolute best meta in Guardian tales these are it. Having at least two S-Tier Heroes in any role is a solid lineup to tackle most challenges in Guardian Tales.

These Heroes come in at 2nd place but are still very powerful in the overall meta. They slightly lack in certain areas like not having as powerful stats/skills as S-Tier characters.

But for most players, a stacked lineup with A-Tier Heroes will still be a force to be reckoned with. They’re just not as intimidating as their more powerful S-Tier counterparts.

I’d recommend padding your most powerful teams with A-Tier Heroes if you are missing out on the best S-Tier Heroes.

Some may fare very well in the Arenas or the Colosseum but fall short during Raids or in the Tower. So it’s more of a mixed bag, whereas S-Tier/A-Tier Heroes are typically well-rounded and do well in all modes. You’ll need to figure out which Heroes you can bring where.

C-Tier characters mostly consist of 2-Star ⭐⭐ Heroes and a couple of underperforming 3-Star ⭐⭐⭐ Heroes who’ve fallen through the meta. They’re not going to be as powerful as higher tiers but still have some utility.

You’re going to be okay using these characters during the early/mid-game (after Chapter 7) but you should eventually phase out and move on to higher-tiered Heroes. They’re not the worst, but they’re pretty close.

And finally, we have D-Tier Heroes who are essentially useless in Guardian Tales. There’s not much point to using them besides for fun, and you should keep them benched forever. There are plenty of easily attainable Rare Heroes that easily outshine every Hero in the D-Tier.

In that case, I’m not sure what D-Tier characters have to offer unless you were a completionist looking to collect everything in the game. Avoid them always if you want an efficient lineup.

That’s the brief explanation of our Tiers but we’ll also make things easier to read through. Tiers will be divided into the various Classes in Guardian Tales – Warrior, Ranged, Support, and Tank.

There are over 60+ 2-Star ⭐⭐ and 3-Star ⭐⭐⭐ Heroes to collect and many more on the way with future updates. Luckily, you don’t need them all; you just need the ones who are well balanced in your team composition.

Check out the Guardian Tales Tier List to mix and match different tiered Heroes into your lineup!

Lilith is one of the best melee DPS Heroes you can get in Guardian Tales thanks to her entire arsenal. She has admirable base stats and useful skills/attacks. Her basic attack passes through walls, which is useful when fighting in tight spaces full of mobs.

Lilith’s secondary skill, Demolition, is powerful as it increases your attack by 20% and inflicts 100% DPS on hit. With this, you can tear through enemies in Arena, the Story Mode, or almost anywhere else.

She can also act as a secondary support thanks to her Chain Skill, Demon Clutch, which heals 20% HP for all allies.

Nari is at the top of the Ranged Heroes Tier List because of her OP Party buff (+50% Range Damage) and versatile skill set. Nari’s basic attack, Fox Bead, decreases ranged defense by 20% for 3 seconds.

It’s very useful for taking down tanky bosses in Story Mode or Raids and is especially powerful in the Arena.

Her other skills are also very useful for most teams making Nari a very versatile Hero in different team compositions and game modes.

Currently, Kamael is the best healer in Guardian Tales and is the most OP character in the game. His basic attack, Circle of Life, has a passive healing effect and also reduces enemy ranged defense by 20% for 3 seconds.

He has another healing skill, Earthly Purification, which summons an elemental to deal DPS damage, heals the whole party for 20% HP, and removes negative effects.

It’s clear why Kamael is the best right now and he’ll prove vital to any team composition.

Future Princess is the best Tank Hero hands down, and since there are very few of them, it wasn’t hard to understand why. Future Princess comes with super useful skills like Taunts, barriers for the team, increased defense, and healing.

She’s vital for hard boss fights and will keep all your Heroes alive while fighting in the front line. She’s very versatile so you can use her anywhere without worrying about your team comp.

Her damage as a Tank is also pretty high, ranking her the best Tank in Guardian Tales.

And that wraps up our Guardian Tales Tier List of all the latest available Heroes. It’s hard to quantify how much better one Hero is from another but some truly outshine the rest.

While you don’t have to be in pursuit of the latest and greatest Meta, it’s advisable if you want to take things seriously in the game.

Even without the ‘best’ Heroes, there’s plenty of fun to be had in Guardian Tales, a Gacha game that makes you want to come back and grind.