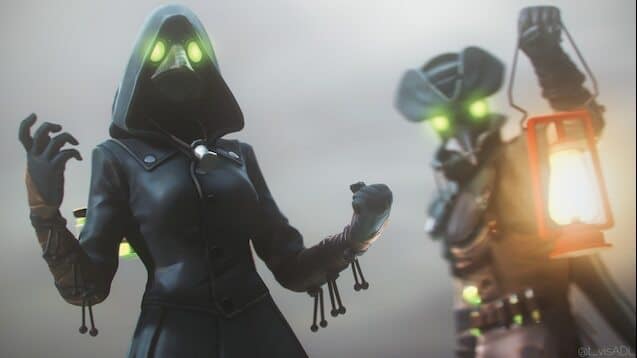 After a hiatus of three years, the Grim Medicine (commonly referred to as Plague Doctor) skin set returns to the Fortnite Item Shop.

The Plague Doctor skins are now again available in Fortnite. Adding new skins to the Item Shop wasn’t a regular occurrence initially. However, as time progressed and interest in the game grew, so did demand, and Epic Games was able to meet it. These days, Fortnite features hundreds of crossover and collaboration skins, and there are even contests for players to show off their artistic abilities by making their own skins in the hopes that Epic Games would include them in the game.

When skins that have been on the back burner for too long rotate back onto the Item Shop, it tends to be a major event for the Fortnite community. The Grim Medicine set, including the Plague Doctor skins, returned to the game this past Wednesday. Many players have been hoping for a comeback of these frightening skins, such as the Giannis Antetokounmpo Fortnite skins. After being unavailable for a combined 1,080 days, Plague and Scourge are now at your disposal.

Since the Item Shop resets daily, it’s hard to know how long these skins will be available. Since they’re in the Feature section rather than the Daily section, they’ll be available in the Item Shop for a few days. These skins had been removed from the Fortnite Battle Pass about three years ago, making them quite rare. However, they were easier to come by than previous skins like the Renegade Raider.

Geralt from The Witcher is also available on Fortnite.

The addition of the Grim Medicine set to the Item Shop at this time cheered up the Fortnite community following the Shockwave Hammer issue, while it is unclear why Epic Games made this decision. Perhaps Epic Games felt terrible about its players having to cope with this overpowering and unbalanced nuisance, and this was its way of saying thanks.

To spice things up, a streamer shows his prediction of what seems to be future collaborations of Fortnite with other trademarks that might shock the world.