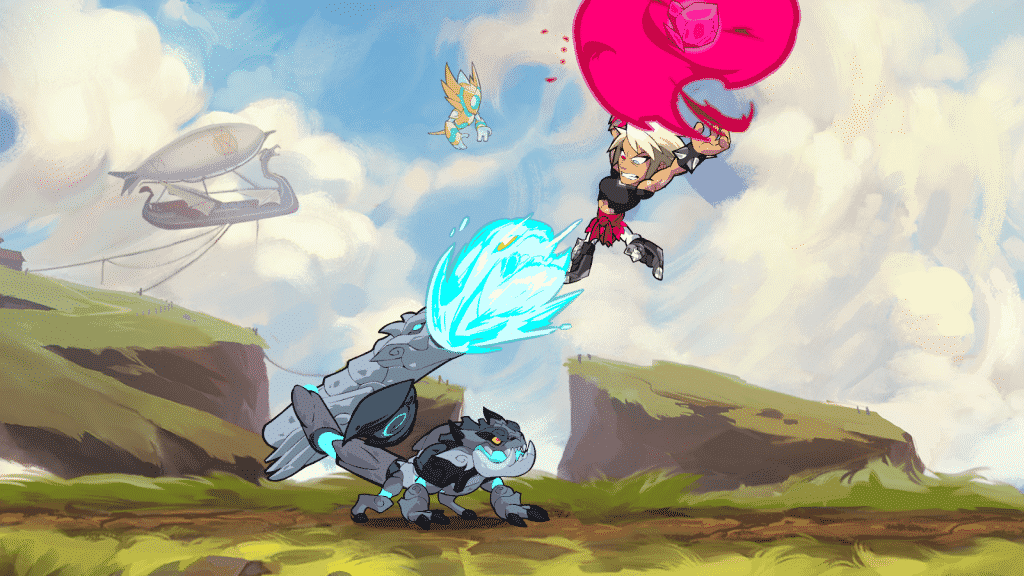 For fighting-game fanatics who’ve been looking for a Smash Bros. replacement, Brawlhalla is one of the best around. To make it even better, the game is free-to-play and cross-platform.

This makes it accessible to a wider audience and is even available on both Android and iOS.

A lot of players are getting into Brawlhalla right now thanks to its extensive roster of characters, crossovers, game modes, etc.

There’s a ton of fun to be had but even with the unique Weapon System, there are some characters that are just better than the rest.

And that’s what this Brawlhalla Tier List is about, ranking all Brawlhalla characters in the game right now. We’ll be ranking characters based on their win rate, play rate, KDs, and overall playability.

We’re also going to include a Brawlhalla Weapons Tier List, ranking all of the weapons available in-game. This makes it easier to find top meta weapons if you don’t like the characters we’ve tiered.

But before we start our search for the best character in Brawlhalla, here’s what the game is all about. Just in case you’re a newcomer to the fighter game.

Brawlhalla is a free-to-play 2D platform fighter similar to the likes of Nintendo’s Super Smash Bros. I mention Smash because it’s one of the biggest in the platform brawler genre.

While Brawlhalla does take some cues from Smash, its intricate systems paired with the well-designed 2D art style make it stand out from under Smash’s shadow.

Brawlhalla characters feature 4 main attributes which vary among the plentiful roster. These attributes include Strength, Defence, Dexterity, and Speed.

Currently, there are 54 playable “Legends” and several crossover contents including skins from Adventure Time, WWE, Steven’s Universe, TMNT, Street Fighter, and much more. A new Brawlhalla Legend or two comes every year, meaning there’ll always be something new to try out.

Legends are also segmented by their Weapons and Signature Moves (Sigs). Each character comes with 3 Signature Moves unique to the Legend. However, Brawlhalla characters with the same weapon type will have the same move-set other than the Sigs.

There are 13 different weapons including –

As you can tell from everything we’ve mentioned so far, there’s a lot of stuff you need to know about Brawlhalla.

There are plenty of unique characters, weapon types, moves to learn, and beautiful battlegrounds to fight in.

But for players who want to take it seriously, here’s a rundown on the Brawlhalla ranked system.

Unlike Smash Bros., Brawhalla has a proper competitive Ranked mode in-game where you’re actually ranked by how well you play. In Ranked, there are 3 modes to choose from – 1v1, 2v2, and a Seasonal Ranked Queue which is a unique game mode that changes every season.

When you first play Ranked, you’ll start with 1200 ELO (ranking system) landing you in the Silver 2 category. There are 6 ranking thresholds every season:

Similar to other games, the more matches you win in ranked, the more ELO you gain for both your Player Ranking and the Legend you played with. But lose, and you’ll see a deduction in your ELO, and a possible demotion to a lower threshold.

At the end of a season, you’ll gain a Ranked Avatar based on your highest rank in the season as well as Glory. Glory is a currency only gained from Ranked mode and can be used to buy Colors, Emotes, Weapon Skins, and Themes.

And that’s pretty much everything you need to know about the game. Now let’s get straight into our search for the best Brawlhalla character with our Brawlhalla Character Tier List!

We’ve ranked all the Brawlhalla characters based on multiple criteria.

The most important stat we’ve taken into consideration are win rates in Ranked mode from Brawlhalla Stats. We then considered their Weapons, Sigs, and Stats that are currently popular in meta and buffed right now.

Some characters in the tier list may have a lower win rate, but when you consider their signature moves and core stats, they’re still very good characters and rank higher on the list.

So if you see your favorite Legend in a lower tier, keep in mind they may either have a worse win rate or not as powerful Sigs/Weapons after the latest rounds of nerfs and buffs.

These are the best of the best Legends in Brawlhalla right now.

They boast the highest win rates in both ranked and unranked and have at least one of the top 4 weapons in the current meta. You’d be hard-pressed to lose some ELO with these Legends.

The A-Tier Legends are still very powerful and only have slightly fewer win rates compared to the S-Tier.

But they still have great stats, useful Sigs, and are overall some of the better Legends in the game.

The B-Tier is a further step-down and comes with a slight dip in win rates. These Legends may also use weapons that aren’t as powerful as the current Top 4 and may have been nerfed/are not as good as higher-tiered Legends.

The C-Tier are Legends that fall short in the win rate department and aren’t as powerful as the A/B-Tiers.

You can still win a fight or two with them, but it’s going to be a tough fight. With practice though, you could rank up with these Legends.

There are only two Legends in the D-Tier and they are Lin Fei and Mako. These two have the lowest win rates in Ranked and also use some of the lowest-ranked Weapons in the game.

Mako does have the highest average damage and was one of the top Legends in Brawlhalla, but in the latest patch has been sorely lacking.

We’ve also ranked all the 13 available Weapons based solely on Ranked win rates. You’ll notice the S-Tier Weapons are used by all the top S-Tier Legends, which isn’t much of a coincidence.

If you dislike a Legend (for eg. Ulgrim) but wanted to use the same weapon because it’s highly ranked, you can find other Legends in the A or B-Tier using one of those weapons.

This makes it easier for lower-tiered Legends to face off against both a Meta Legend and Weapons.

And that concludes our latest Brawlhalla Tier List for both the Legends and Weapons. One thing to keep in mind before rushing off and buying S-Tier Legends for the sake of it, they’re only good if you can play them well.

If you weren’t a fan of a certain Weapon or Signature move, you’re not going to magically love it on an S-Tier Legend. Play around, go into the Training Mode to test out all the characters, and Main someone you’re good at.