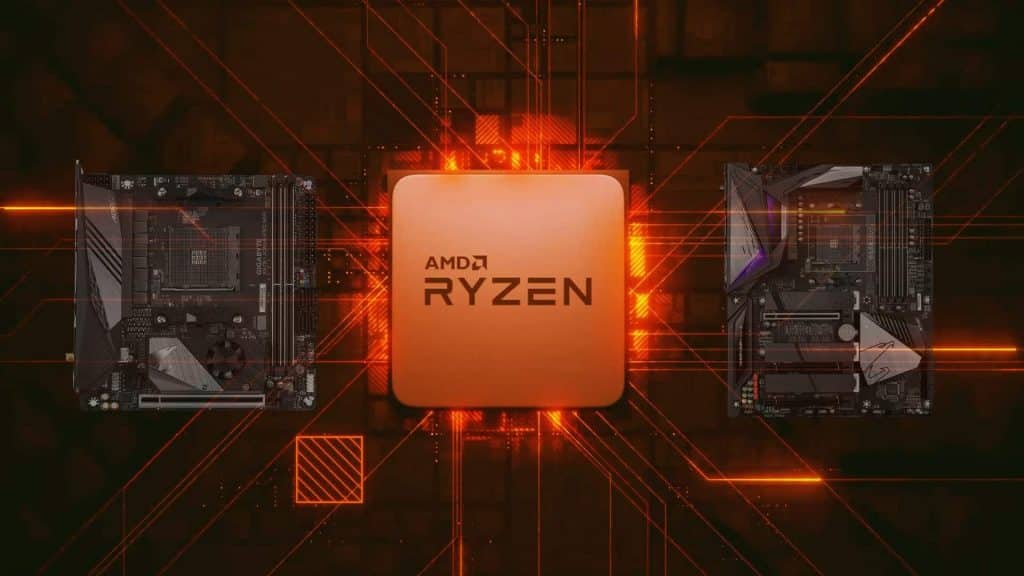 Getting the best motherboard for Ryzen 7 3800x is one of the best decisions you can make for your new system build.

To help you make the right choice, we’ve rounded up a list of recommendations.

Below, you’ll find 5 of the best motherboards for the Ryzen 7 3800x processor. Also, we made sure to consider a variety of preferences. This means that you’ll find a recommendation for people of different budgets and tastes.

So, without further delay, let’s get started.

The Core i7 has traditionally been the king of mainstream gaming processors, with the Core i9 being too needlessly expensive for most gamers. However, the Ryzen 7 3800x closes the gap, especially when overclocked.

Even better, because it has more cores and threads for the price than what Intel is currently offering, you’ll have no trouble streaming, as well as rendering and editing videos using the Ryzen 7 3800x.

It all depends on your preference.

If you prefer to game on stock clocks or go only for mild overclocks, the potential of the Ryzen 7 3800x is wasted.

The 3800x shines the most when it’s overclocked to its highest potential. The higher TDP (105w vs 65w), although directly does not affect overclocking performance, does mean that you need a beefier cooler. As a result, you’ll be able to push a bit more voltage to your processor, possiby resulting in a higher overclock and therefore, better performance.

So, yes, if you’re an enthusiast who plans on building a performance-oriented PC, the 3800x is worth it.

Pairing this with the Ryzen 7 3800x is a recipe for a high-performance build. It has high-quality VRMs with a 16-phase voltage regulator. This means that, however unlucky you are in the silicone lottery, rest assured that the motherboard will help you squeeze as much performance out of your processor.

In addition to this, the B550 Aorus Master is loaded with features commonly found only in flagship motherboards. This includes as many as 3 x M.2 slots, as well as a boatload of USB ports. It also has Wi-Fi 6 functionality, with support for up to 128GB of DDR4 DIMM memory sticks, as well as memory speeds of up to 5200Mhz.

The B550 Aorus Master is expensive, but it’s worth it. It’s an excellent compromise if you want to overclock your Ryzen 7 3800x but don’t want to spend top dollar for a motherboard on top of a performance CPU cooler.

If the small sleeper build is what what you’re going for with your Ryzen 7 3800x, the Gigabyte X570-I Aorus Pro Wi-Fi won’t disappoint you.

This small but mighty motherboard performs like bigger motherboards when overclocked. Although it won’t help you set records on your Ryzen 7 3800x, it won’t lag behind either. But, perhaps the biggest selling point of this Ryzen 3800x motherboard is its Dual M.2 slot.

You’d be hard-pressed to find dual M.2 slots on smaller motherboards, and this one has that. The motherboard also comes with 1 x Type-C and 1 x Type-A USB ports, on top of 4 x USB 3.1 ports on the rear.

If the only thing stopping you from building a small form factor PC is you’re afraid of giving up port selection, SATA slots, and overclocking, then consider your needs met.

Besides, at its price point, the fact that you can expect it to overclock as well as it does is nothing short of a miracle.

Money shouldn’t be an issue for you. Otherwise, you won’t be buying yourself the Ryzen 7 3800x.

If we’re correct, and you’re building an ATX system build, the Asus ROG Crosshair VII Hero (Wi-Fi) is as premium as it gets. It’s priced way past the mainstream category. It’s right up there among enthusiast motherboards. However, despite being way more expensive than its competition, it is actually better.

Whatever you can think of needing in a motherboard compatible with Ryzen 7 3800x, this has it.

This includes a long list of features like an onboard thermal sensor, power and reset buttons, as well as a rear IO panel BIOS flashback option. Its I/O shield is also pre-mounted. In addition to this, the M.2 heatshields guarantee that your M.2 hard drives are kept within ideal operating temperatures.

Speaking of temperatures, this motherboard has a powerful set of VRMs consisting of 16 MOSFETS in a 7+1 configuration.

When you add what we’ve already mentioned to the wide range of USB Type-A (10) and USB Type-C ports on the front panel on top of the rear, and beefy is just the only way to describe the kind of feature set that this motherboard has.

Just make sure that your wallet is prepared to take a hit.

The ASRock X570 Steel Legend WiFi ax lands a spot on our list based on its sheer value alone.

This mid-priced motherboard competes with premium-priced offerings and actually succeeds. Although it’s not a stand-out against more expensive motherboards by any means, the fact that it can stand toe-to-toe with them in terms of features and performance is a testament to how good this motherboard is.

So, what exactly do you get when you buy this motherboard for your Ryzen 7 3800x?

Well, for starters, the 10x50A CPU voltage regulator guarantees that it won’t leave your Ryzen 7 3800x wanting for more power. It also comes with a 2.4GB/s Wi-Fi controller, which is a neat feature. But, if you don’t need it, ASRock has the same exact model for a lower price sans the Wi-Fi feature.

To maintain its low price point, this motherboard does sacrifice a few things. Namely, the four-lane secondary x16-length slot. However, if you’re looking to save cash, you probably won’t need those lanes anyway. Besides, it’s best to keep in mind that, even with just four lanes, it still runs on PCIe 4.0, so you’ll still have plenty of bandwidth to work with.

Another slight issue that we feel needs to be pointed out is the M.2 covers. You’re basically forced to buy an M.2 SSD without its own heat spreader. Otherwise, you’ll have to remove the fan shroud since the M.2 covers are integrated into both M.2 slots.

Yes, the MSI MPG X570 Gaming Plus is a true X570 chipset motherboard. And, yes, it’s also that affordable. But, we’d like to remind you that this motherboard is dangerously close to cheaping out on your motherboard for a processor that costs more than twice than it does like the Ryzen 7 3800x.

For the price, it’s hard to complain about what this motherboard doesn’t have. It lacks a lot of features. However, you’d have to give MSI props. The eight 46A core voltage regulators should work with the Ryzen 7 3800x and even higher Ryzen processors.

So long as what you’re looking for is an X570 motherboard that can power the Ryzen 7 3800x (note: not overclock), this is a solid choice.

Just don’t mistake it for the best motherboard for Ryzen 7 3800x.

With that said, finding the best motherboard for AMD Ryzen 7 3800x should be a whole lot easier for you now.