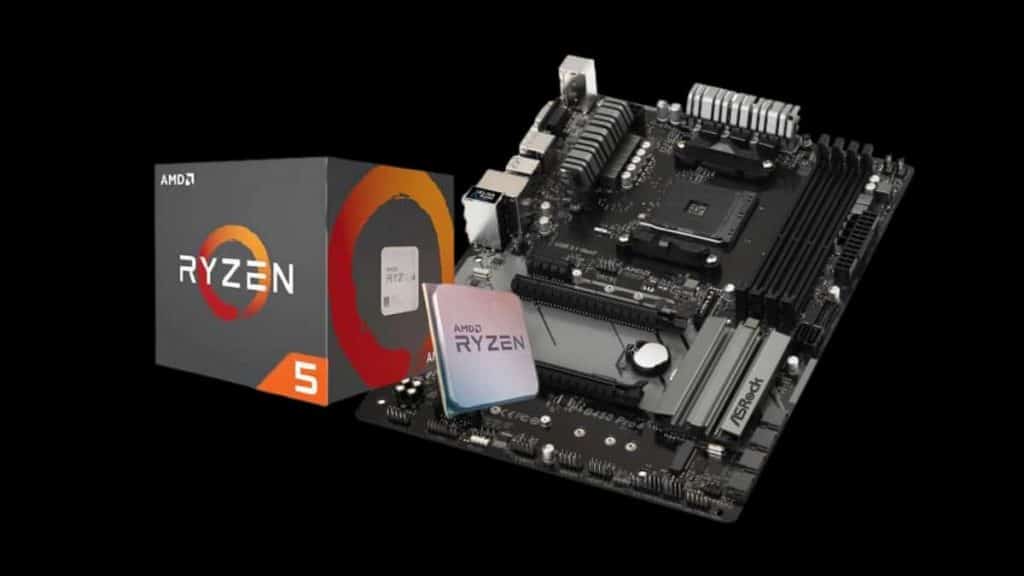 Investing in the best motherboard for Ryzen 5 2600 and 2600x is important. This is because it allows you to get the most performance out of everything. This includes networking features, storage options, and available ports, as well as perhaps the most important factor, overclocking performance.

Scroll down below to find the best motherboard for Ryzen 5 2600x and 2600 for your taste, preference, and budget.

The release of the Ryzen 2000 series processors established AMD as the go-to company for high-performance and reasonably priced gaming processors.

Both processors quickly became the darling of the crowd when they were first released. Their combination of 6 cores and 12 threads packed with a capable stock cooler and a reasonable price point made them no-brainers for gamers back then. In fact, even today, both the 2600 and 2600x remain some of the best processors for gaming.

With 6 cores still considered the sweet spot for gaming today, the Ryzen 5 2600 and 2600x are still both good for gaming.

The Ryzen 5 2600 and the Ryzen 5 2600x are essentially the same processors. The main difference is that the latter comes with faster clock speeds right out of the box. In line with this, the 2600x has a better stock cooler.

If you don’t plan on overclocking, the 2600x is an excellent choice out of the box. However, if you want to get the most out of your money, you’re better off with the Ryzen 5 2600.

With the price difference, you could buy yourself a capable third-party cooler with a competent thermal paste. This should get you at least 4.2Ghz on the Ryzen 5 2600.

This budget-friendly motherboard won’t win you over with features. Although, if we’re being honest, it does check all of the right boxes. This includes multiple high-speed USB ports for faster data transfer, a straightforward BIOS for overclocking for getting a slight bump in performance out of your processor.

Naturally, a slight performance bump is the most that you’d expect out of this motherboard. The 6+3-phase VRM’s just won’t let you push the Ryzen 5 2600 to its limits. But, if it’s any consolation, if you have a competent cooler, it’ll at least keep your processor stable and relatively cool at a modest overclock.

Priced more like an entry-level motherboard, the B450 Aorus Pro Wi-Fi comes with a lot of elite features. This includes, among others, a solid VRM with an 8+3 power stage design and commendable memory overclocking capabilities.

Although some form of debug LEDs would’ve been nice, saying that it has none of that is a disadvantage is nitpicking at this point.

Outside of overclocking performance, the B450 Aorus Pro Wi-Fi has a lot going for it. It looks good, with a neutral gray and black theme that makes it easy to fit with pretty much any build you can think of. Not to mention, the integrated I/O shield makes building around this motherboard more convenient.

As a bonus, the onboard 802.11ac WiFi module supports Dual Band and Bluetooth 4.2.

For modest to slightly serious overclocks, this is the best B450 motherboard for Ryzen 5 2600 and 2600x processors.

As long as you’re willing to give up Bluetooth and Wi-Fi functionality, the MSI B450 Tomahawk Max is a good buy. It’ll let you squeeze nearly every bit of performance out of the Ryzen 5 2600 and 2600x, all the while remaining stable and with manageable temperatures.

The B450 Tomahawk Max is noticed to have the best VRM quality and cooling in its class. In fact, it’s on par with many of the more expensive x470 motherboards.

Speaking of overclocking, the B450 Tomahawk Max also has USB flashback, and debug LEDs, both of which will come in handy as you tinker and tweak the Ryzen 5 2600 until you push it to its limits.

If you’re building around the Ryzen 5 2600 today, you might as well get something that you can still use years from now.

A good example of this is the MSI MPG X570 Gaming Plus.

The MSI MPG X570 Gaming Plus is an entry-level x570 chipset motherboard. It won’t overclock like crazy, but, with the Ryzen 5 2600, you don’t need that. You just need something that can, maybe, get you at around 4.5Ghz at stable overclocks with manageable temperatures, and the 8+2 phase design can do that.

As a bonus, because this uses an X570 chipset, you get to enjoy the many benefits that come with it. This includes USB 3.1 Gen 2 ports, and, down the line, PCIe 4.0.

The MPG X570 Gaming Plus is not a head-turner. However, for the price, it’s not bad.

Just in case you find yourself short on cash but don’t necessarily want to limit future upgrade options from the Ryzen 5 2600, the Gigabyte X570 Aorus Elite Wi-Fi is a surprisingly well-priced option.

The X570 Aorus Elite Wi-Fi has a 12+2 phase digital VRM solution and an enlarged heatsink.

Combined, these design choices allow this motherboard to see what kind of limit your Ryzen 5 2600 and 2600x chip has. It also comes with single thermal guards for the M.2 slots, Intel Dual-Band 802.11ac Wi-Fi, and Bluetooth 4.2. Plus,

Just in case you get unlucky and get a board that doesn’t support the coming Ryzen 5000 series processors off of the box, this motherboard has a Q-Flash Plus update feature. This lets you update the BIOS without the need for a processor plugged in.

Unfortunately, there are a couple of compromises. The RGB lighting is a bit lacking. You’ll also notice that it doesn’t come with USB Type-C.

All in all, those are small compromises to pay for something so well-built and future-proof.

Dare we say, this is the best AMD Ryzen 5 2600x motherboard on our list.

The ASUS ROG Strix X470-I was an excellent choice when it was first released, and it remains a feature-packed purchase years later. Although we would’ve welcomed a price cut, it seems that ASUS isn’t rushing to clear out inventory.

With that said, the ROG Strix X470-I is a great choice for high-performance sleeper ITX builds. Sure, it’s not exactly a high-spec ITX board. But, it’s more than capable of running the Ryzen 5 2600 and 2600x at moderate overclocks despite the size limitations. Also, it comes with two M.2 slots with heatshields, which keep things cool and temperature.

The SupremeFX S1220A is as good as ever and ASUS’ BIOS makes overclocking as easy as it gets.

This might not be a value purchase, but it does bring a lot to the table.

The Gigabyte B450M DS3H is easily the best budget motherboard for Ryzen 5 2600.

At a price point where you’d usually expect to find only entry-level A320 motherboards comes this motherboard with some pretty surprising overclocking capabilities. Mind you, we don’t recommend overclocking the Ryzen 5  2600 on this. It doesn’t have an active cooling system to keep temperatures down for a long time.

If it’s any consolation, you can still get some decent gains on this, thanks to the 4+3 hybrid digital VRM design. But, before you do overclock on this motherboard, make sure that you get a decent cooler that cools the motherboard as well.

With that said, there’s not much to be said about this motherboard except that it has all the necessities covered. It even comes with RGB lighting, albeit a bit minimal if unnoticeable in cluttered builds.

If you’re okay with pretty much locking your upgrade path unless you switch motherboards, go with the Gigabyte B450M DS3H.

Two years, at most.

The PS5 and Xbox Series X have been released. Both will sport 8 cores and 16 threads, which are more than the 6 cores and 12 threads that the Ryzen 5 2600 and 2600x have. Because of this, expect more and more games to be optimized to fully utilize that many cores and threads.

You won’t notice it right away, as the previous generation consoles, PlayStation 4 and Xbox One, will still see several releases for at least the next two years. However, once developers stop supporting both consoles, the Ryzen 5 2600 will slowly become obsolete. The Ryzen 5 3600 should follow suit soon.

With that said, two years is plenty of time to save up for another build.

You could easily get yourself the best motherboard for Ryzen 5 2600 for now, save up, and upgrade later on.

With that said, if you pair the Ryzen 5 2600 with any of the motherboards that we have mentioned above in the review, you should see better performance on it than on an i5.

Yes, if your purpose is to overclock.

The Wraith Spire and Wraith Stealth were not built for overclocking. Their main purpose is to keep processors cool at factory configurations. You’ll need a much better aftermarket cooler with a capable thermal paste for better heat conductivity.

The Ryzen 5 2600 should work with B350, X370, and A320 chipset motherboards. However, in most cases, the BIOS will have to be updated first. This means that you’ll need to plug in an older supported processor, such as a 1st generation Ryzen CPU, and updated the BIOS before the motherboard can support the Ryzen 5 2600.

Most B350 motherboards don’t have Q-flash functionality (or its manufacturer’s equivalent), which rules out the most convenient method of updating the BIOS.

Outside of the fact that you can, you should overclock the Ryzen 5 2600.

The main reason why a good AMD Ryzen 5 2600 motherboard is a worthy investment is that the Ryzen 5 2600 is not that difficult to overclock. You could easily extend the life of the Ryzen 5 2600 by overclocking it to get noticeable performance gains. This is especially true if you edit or render videos or stream on your computer.

Getting yourself the best motherboard for Ryzen 5 2600 or 2600x just became a whole lot easier.

Thanks to our list of recommendations, anyone building around a Ryzen 5 2600 right now will be able to get their money’s worth, and then some. It doesn’t matter if you’re looking for something more future-proof or budget-friendly. You might even be looking for the best of both worlds.

The motherboards we recommended above should be the “best” at something for someone.

Hopefully, you’ve found what you’re looking or at the very least, we hope we’ve set a minimum standard that any motherboard you’re considering for the Ryzen 5 2600 and 2600x should meet before you go on and buy it.