Age of Mythology Cheats: Go Back to a Classic & Cause Chaos 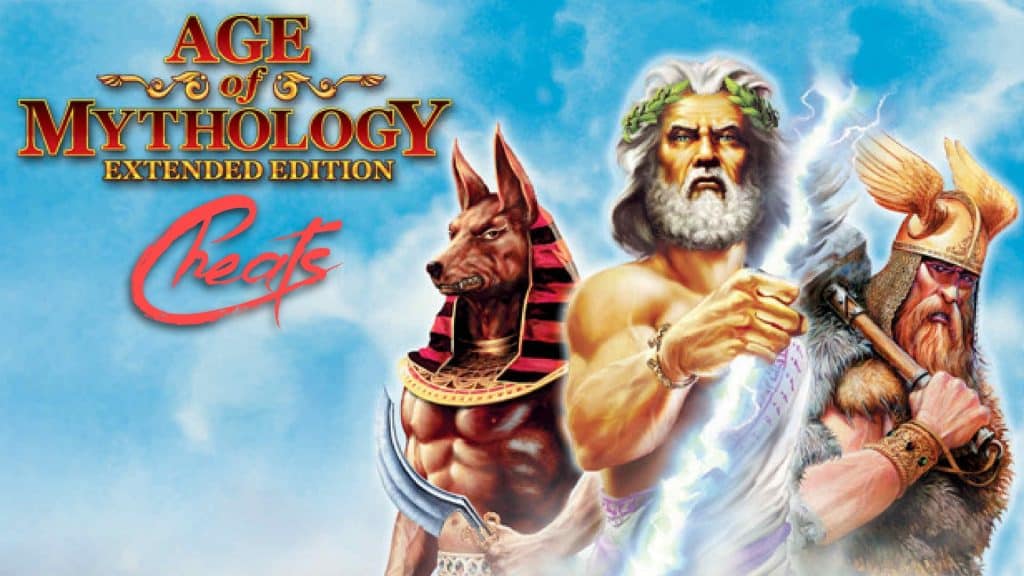 The game is an RTS (real-time strategy) and spin-off of the popular Age of Empire Series.

Even today, 7 years after its initial re-release, the game still attracts up to 2000 concurrent players on Steam at any one time. You can see the Age of Mythology Steam page here.

That’s seriously impressive for a game that is nearly 20 years old. However, a classic like this comes with a pretty classic level of difficulty.

If your only experience with RTS-style games are more recent offerings you might find yourself struggling.

But worry not! Use our handy Age of Mythology Cheats guide to give you and your armies a leg up.

So How Do I Cheat in Age of Mythology ?

There are loads of Age of Mythology cheats but which cheats you can use depends on which version of the game you are playing.

Also, entering the cheat codes is nice and simple.  All you need to do is enter a game and press ENTER. When the text box comes up enter any of the codes below. Just make sure to spell them in CAPS to ensure they work correctly.

Resources are super important in the Age of Mythology. But gathering enough of them to unlock some of the late campaign content can be a real chore. However, you can use any of these codes to instantly give your stocks a boost.

If you want to unleash havoc on your Age of Mythology campaign then try one of the God Powers cheat codes.

A staple of all RTS games. If you want to succeed in Age of Mythology, you’re going to need lots of powerful units. However, even with the resource codes above, getting units can be a slog.

These codes will spawn the desired unit at your town center.

These are random cheats that offer a potentially useful function but don’t fit into any of the previous categories.

These are just random cheats with funny consequences.

This is the upgraded version of the game released in 2014 on Steam. Age of Mythology cheats Extended Edition work exactly the same way but will only work on this version.

Age of Mythology: The Titans

This expansion pack added a lot of extra content to the base game. Including some Age of Mythology Titans cheats! As this is included in the Extended Edition, these cheats will work there too.

Well, hopefully, you find these codes useful. Playing classic RTS games like Age of Mythology can be pretty daunting so if you’re struggling with the learning curve you should give them a try.

If you’re already a fan of RTS games then some of the more random codes here will keep the game fresh even after a few dozen hours of play.

It’s refreshing playing a game where things aren’t hidden behind a paywall! These days you have to pay to access cheats like this.

The game is still best played without cheats though. So once you’ve given them a go, try challenging yourself to a clean game!

If however, you want to play a game without the temptation of cheat codes you should try out Clash of Kings on mobile. It’s a competent mobile RTS and there is no Clash of Kings chat codes to tempt you over to the dark side.

Any site offering Clash of Kings chat code is either going to give you a virus or is part of some scam so just avoid those dodgy sites altogether. Clash of Kings is a great RTS to play on the go when you’re away from your PC.

How do you cheat in Age of Mythology?

This couldn’t be simpler, it’s almost like they want you to cheat.  Just press ENTER then type in one of the cheat codes we’ve shown you above. Then just press ENTER again. Just make sure you type the codes in all caps.

How do you get Osiris in Age of Mythology?

How do you summon Titan in Age of Mythology?

If you’re playing Age of Mythology Titans then you’ll probably want to try out the Titan, the game’s strongest playable myth unit.

To do this the legitimate way you’ll have to research “The Secrets of the Titans” during the Mythic Age.

After the research is complete you’ll be able to summon a Titan Gate anywhere within your line of sight.

Next task your villagers with releasing the Titan. During this summoning phase, you’ll need to protect the gate from enemy attacks. If the gate is destroyed you’re out of luck, you can’t build another. No Titan for you!

Or! You can use the code TITANOMACHY to instantly summon a nice free Titan!

How do you get a God’s power in Age of Mythology?

You usually just need to worship the relevant god and then progress through the ages. As you progress you’ll unlock new more powerful versions.

What is the best God in Age of Mythology?

There is no best God in Age of Mythology. Different gods excel at different things so you’ll have to choose the right one for your playstyle. Any Gods who were once overly powered have now been nerfed into oblivion.