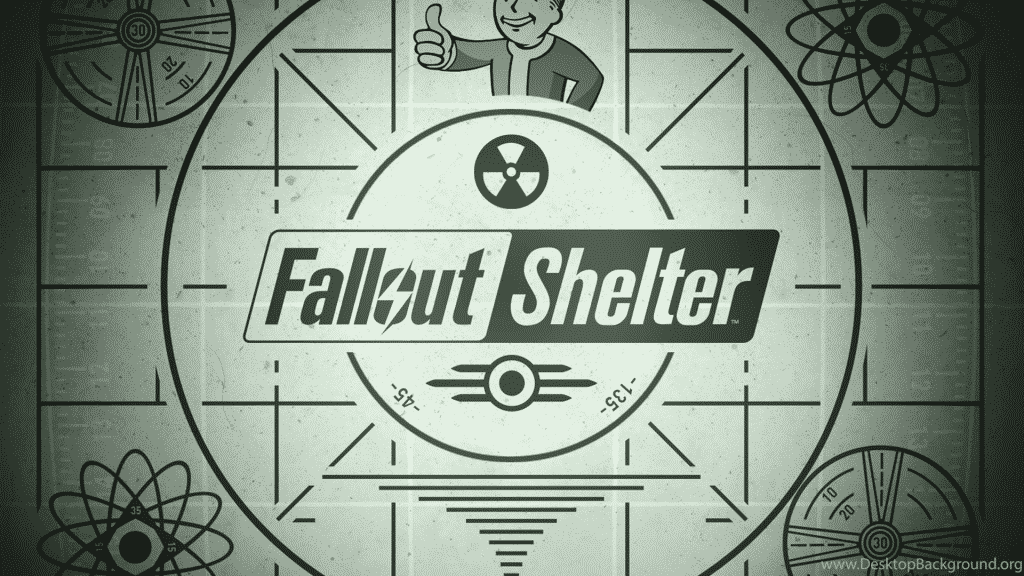 Being a Bethesda fan is hard work sometimes. They’re up there with Blizzard for disappointing their fan base.

The situation began with The Elder Scrolls Morrowind with the now infamous horse armor DLC. This DLC pretty much normalized the constant microtransaction, rip-off type DLC that now plagues so many modern games.

Fans unsurprisingly feel that ever since Bethesda has been gouging their supporters for as much cash as possible.

So, when Bethesda announced Fallout Shelter, a mobile game based on the Fallout series on June 14th, 2015, fans were ready to riot.

However, Fallout Shelter turned out to be awesome, and 6 years later it’s only going from strength to strength.

So, What is Fallout Shelter?

The Fallout series is one of the most famous and successful series in gaming history. This can be seen on the Fallout Shelter Wikipedia page.

The first game was released in 1997 and was a top-down RPG. The latest game Fallout 76 released in 2018 and was an FPS MMO. How times change.

Each game in the series is set in an alt-history future. In this world, humans became far more dependent on Nuclear energy and the United States became much more Fascist.

Each game is heavily inspired by old 1930s and 1940’s pop culture and B-movie sci-fi. Everything in the games is heavily retro-inspired.

Do I need to have played the main games to play Fallout Shelter?

You should play them because they’re awesome games, but you don’t have to.  You’ll be able to follow Fallout Shelter just fine without.

All you need to know is this: In the alt-future setting it soon became clear that the world was heading towards a huge nuclear war. A company was founded in the USA called Vault-Tec.

Ostensibly Vault-Tec was known as a friendly company that built shelters to help protect America’s best and brightest. Underground Vaults were built all over the USA and as the bombs started to fall people were ushered into the Vaults.

Unbeknownst to them, most Vaults were designed to carry out cruel and bizarre social and scientific experiments on the new vault dwellers. These Vaults were run by Overseers and in Fallout Shelter, you play the role of Overseer.

How does Fallout Shelter Work?

Well, you play the role of Overseer. This means you must build and then run your very own Vault.

The game is a building/ management sim unlike anything else in the series. As Overseer, you will rescue characters from the wasteland (irradiated America) and recruit them.

Each of these characters has S.P.E.C.I.A.L stats. What stats a vault dweller has informs you as to what jobs to assign to them.

Different stats can net you different resources and these stats can be leveled up by using training rooms. For example, put characters with high strength in the generator room.

As your vault dwellers level up you can assign them better jobs and even equip them with better gear.

However, this is a management sim so it’s not all about leveling up your vault dwellers.

You’ll also need to keep them happy if you want them to stick around and work hard. Below you can find Fallout Shelter tips.

How to get more vault dwellers in Fallout Shelter

If you want to know how to get more vault dwellers in Fallout Shelter the answer is simple.

Firstly, balance your resources so that your current dwellers have enough food, water, and energy.

If you keep them happy, put a male and female dweller together in the quarters and they might even make a cute new little dweller or three.

You can then start sending your dwellers out into the Wasteland on missions. Sometimes they’ll discover new locations hiding new recruitable dwellers. These survivors often feature impressive stats and rare gear.

Or you can spend resources to build a radio studio. This will attract new wandering vault dwellers to your vault door, ripe for the picking.

Of course, the more vault dwellers you have the bigger your vault needs to be. This leads to a balancing act.

How free-to-play is Fallout Shelter?

You are then encouraged to spend real-world money to skip the wait and get back to playing.

Fallout Shelter takes a different tact. There is no energy system, so a play session can be as long as you want it to be.

Instead, Fallout shelter finds new ways to encourage you to put the game down and pick it up later.

If you want one of our top Fallout Shelter tips, here you go: don’t play for too long in one sitting.

Each time you log in you are greeted with a whole host of rewards. These dry up the longer you play.

The game also features a “rush” feature.  This lets you skip the wait time on your dweller’s activities like resource gathering but with the risk of it backfiring.

The more you rush, the higher the chance it backfires, and you rage quit.

So, another of our top Fallout Shelter tips is not to overuse Rush. If the chance of a malfunction is getting close to 50% it’s not worth the risk. Take a break.

So how does Fallout Shelter get you to pay money?

Firstly, if you’re feeling impatient you can spend money to buy the premium currency, Nuka-Cola Quantum.

This currency is mainly used to auto-complete actions that cannot be rushed. Mainly bringing survivors in from the Wasteland and starting new quests.

On top of this impatient players are encouraged to buy item bundles that can increase resource farming efficiency or provide bonuses to characters’ stats.

Finally, and probably most controversially Fallout Shelter is yet another game with a loot box/ gacha system.

Players can spend real-world money on “lunch boxes” that act as loot boxes.

Each lunchbox will provide up to 6 random items of varying quality.

You might get a few useful supplies, items like a Mr. Handy or a pet, or even rare characters with above-average stats and rare gear. This is one premium way to get more dwellers in Fallout Shelter.

The argument for and against this design feels as old as time now.

Personally, gacha/ loot boxes always feel like gambling to me. Except even if you win, the prize isn’t essentially worth what you bet.

To be fair you can earn Lunchboxes through normal gameplay and the game never pushes you hard to spend money.

The option is there if you’re impatient but it’s hard to feel too sorry for anyone who claims to have been ripped off.

Need another of our  Fallout Shelter tips? Don’t be tempted to spend real-world money in the store, there’s really

Where can I play Fallout Shelter?

Fallout Shelter is almost as prolific as Skyrim when it comes to options to play it on.

Fallout Shelter is still best experienced on mobile. Its UI is just designed for a touch screen.

You can find Fallout Shelter on the Google Play store and the Apple App Store for the first-ever Fallout iPhone game.

Both options play the same and there are no differences between devices. In-game purchases also cost the same no matter which app store you are using.

As the game debuted so long ago it will also run on pretty much any smartphone you still have knocking around.

I tried it out on an old low spec Huawei which struggles to even run Chrome at this point and the game was silky smooth.

Best of all, unlike most free-to-play games, Fallout Shelter does not require an internet connection.

Fallout Shelter is available on both Xbox and PlayStation consoles. Unsurprisingly, the game runs well on them.

There’s not much else to say except to point out the obvious. The controls just don’t feel as optimized as playing on a touch screen.

On the other hand, if you’re an Xbox Live or PS Plus member playing on consoles will get you a handy starter pack.

Even better, since your Tesla is a glorified computer with wheels, you can even play it on a Tesla touch screen!

There is also a multiplayer version called Fallout Shelter online but it’s only available in Asian territories currently.

If you’re interested Fallout Shelter online is a multiplayer version of the original game.

If you’re a Fallout fan who felt burned by 76 then this is a good way to get your Fallout fix on the go. Your experience may not last as long as the average Fallout game though.

In all honesty, this is one of those mobile games that initially hooked me for a few days and then the rewards started to dry up and I pretty much lost interest.

Maybe Fallout Shelter Online will have a longer-lasting appeal when it is finally released in the West.

This probably isn’t a bad thing since it saved me from spending any money.

If you’re curious you should give the game a try. It’s a rare free-to-play game that stays reasonably true to the source material without gouging fans at the same time. 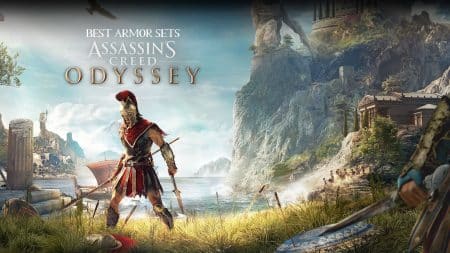 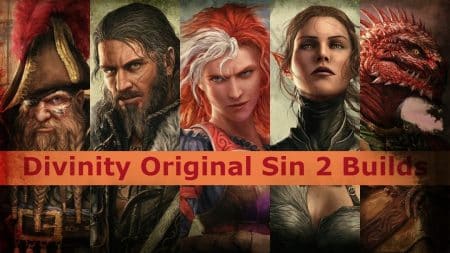 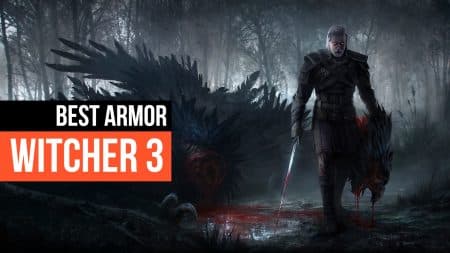