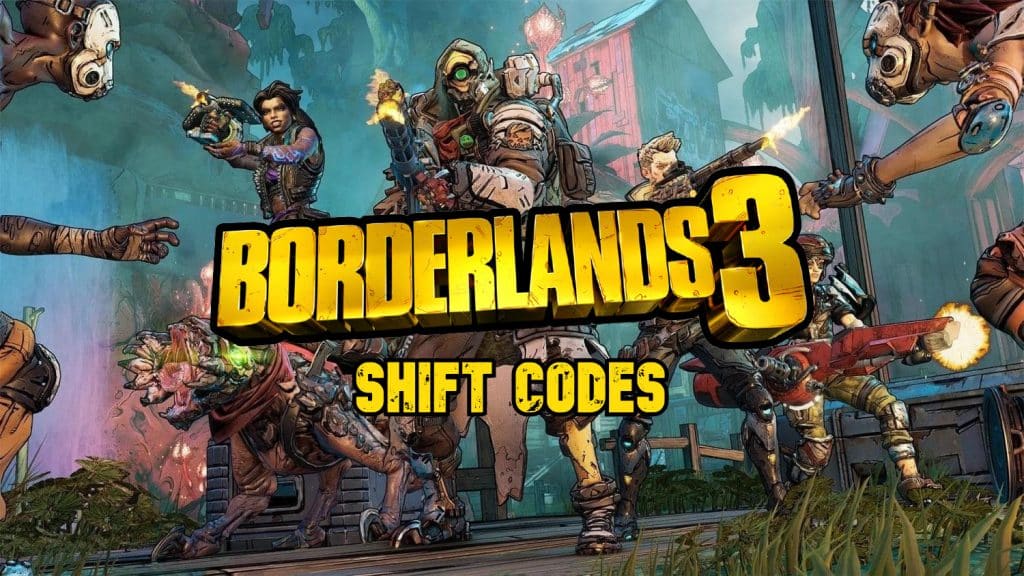 Anybody who has even the faintest idea of what Gearbox Software brings to the table knows that the Borderlands series of games is their magnum opus, their gift to the world.

The third installment in the black comedy first-person shooter, Borderlands 3 delivered on the continuous thrill ride by delivering yet another fantastic premise and story.

Although the franchise has seen many of its thrills recently called out for the various microtransactions, one has to believe that that aspect of the game is entirely corporate and the gem that the game still is to this day does not hurt because of it.

Along with the comic book art style and the refined gameplay, as well as the incredible cast of characters and story, Gearbox’s golden child is also known for the years of support that it gets after launch, including DLC and technical fixes.

Part of the goodies of the franchise also includes the Borderlands 3 SHiFT codes, which can be entered for some sweet, sweet loot from golden keys that can simply be redeemed by going to shift.gearboxsoftware.com and copying over the codes.

So, How do you Redeem Borderlands 3 SHiFT codes?

The first step is to sign up for SHiFT at shift.gearbox.com. You’ll be given the option to link your account to your preferred platform (Steam, Stadia, PlayStation Network, Microsoft, or the Epic Store.

Once the accounts have been created and successfully linked to the platform or platforms that you intend to play Borderlands 3 on, you can start redeeming and using your BL3 codes.

Finally, you can go to the SHiFT Account Rewards Page to paste the codes that you got from the top of the page into the Code Redemption section.

Another way to redeem your codes is to launch your copy of Borderlands 3 and enter the codes there directly.

If you have made sure that the shift codes are correct for the platform that you are accessing Borderlands 3 on, you’ll redeem a set of golden keys that you can use to get exclusive high-level loot that you can use inside your game.

What are Golden Keys and How do you Use Them?

Golden keys in the Borderlands series are a set of specialty keys that unlock some S-tier loot including weapons, grenades, class mods, and other items in an assortment.

Once you complete the initial act of the game and finally leave Pandora, you will find the golden chest aboard the Sanctuary 3 spaceship, on the right just before the door to the sub-level. You can start spending the golden keys that you acquired from your shift codes to get your loot.

Keep in mind that these are one-time keys that get spent right after you use them, so make sure that you really need the kind of loot that the chest will cough up before you move on with your game.

Launched on April 2021, the Director’s Cut Edition for Borderlands 3 was the largest single-player expansion the game had received yet, which included a new raid boss, extra story missions, and behind-the-scenes footage.

Not only that, but the Director’s Cut also included a set of Vault Cards; a progression system offering new items such as Legendary gear, cosmetic items such as skins, and a new form of crazy currency, Diamond keys.

Diamond keys are the evolution of your regular Gold keys. Instead of the old chest that you accessed when you needed the cool extra items to help you on your quest, you now have access to Diamond keys.

Although Diamond keys give you access to entire rooms for you to pillage to your heart’s content, you can only get one item from each wall, and the room is on a timer.

When the timer runs out, the walls close and you will never see that loot again unless you spend another one of your hard-earned Diamond keys. So, caution.

How Can You Get Borderlands 3 SHiFT codes?

Following Randy Pitchford’s Twitter account is a great source of new BL3 shift codes. Although they expire within 24 hours.

Along with that, here is a list of codes that are temporary and some more that are permanent (can’t be used multiple times though).

Unless you have a time machine to go back and get more, these are all of the codes that you can currently access on Borderlands 3. We hope you get that Legendary Maliwan we all want, and happy hunting.