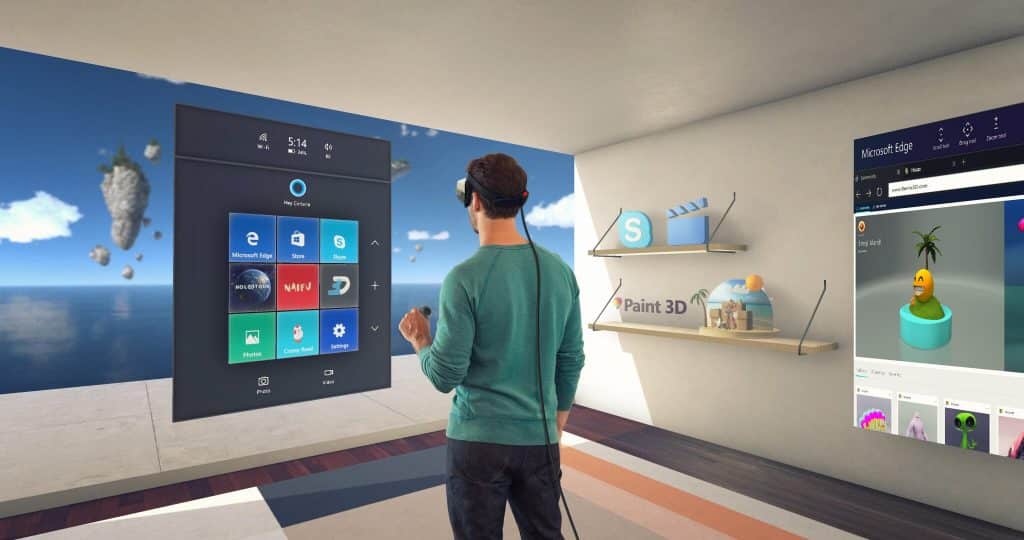 Virtual reality is an excellent way to explore a variety of different experiences. Windows Mixed Reality takes it to the next level as it’s capable of integrating real-world elements into the virtual world and vice versa.

You can think of it as an upgraded virtual reality experience since getting the full experience will only require you to get a compatible headset and hand controller.

What are Windows Mixed Reality Headsets?

The primary difference between mixed reality and virtual reality is that it’s designed to make you feel like you are part of the action.

Mixed Reality headsets look similar to VR headsets. You get a headset with a screen right in front of your eyes and additional tech to track your movements and replicate them in the virtual world.

Front-facing cameras take necessary snapshots of what’s in front of you and incorporate that into what you see inside the headset.

What is Windows Mixed Reality?

Windows Mixed Reality or WMR is Microsoft’s version of virtual and augmented reality. It’s mixing the real and virtual worlds into one with the help of the headset.

It also eliminates the need for external tracking since Mixed Reality headsets rely on built-in sensors to determine movement and position. This makes VR and AR experiences more versatile and portable since you won’t need to set up sensors in a dedicated room.

This also means that you can simply plug the headset into a laptop and have that experience anywhere.

We’ve curated a selection of premium, midrange, and entry-level Windows Mixed Reality headsets so you can see which one works best for your needs, budget, and expectations.

It comes with a dual 3.5-inch AMOLED display with 90Hz refresh rates that should give you one of the smoothest mixed reality experiences.

Samsung’s experience with their previous VR gears also improved the screen door effect in the Odyssey+ with technology that doubles the pixel density of the displays to 616 PPI.

The Odyssey+ is a complete system with built-in headphones from AKG attached to the headband to improve the immersive experience. It also comes with two motion controllers that fit a lot better in your hands.

If the Samsung HMD Odyssey+ can be considered a premium-level Windows Mixed Reality headset, the HP Reverb G2 is the more budget-friendly option.

With displays for each eye having a resolution of 2160 x 2160, you’ll be able to enjoy 4K virtual and mixed reality experiences.

However, you’ll need to have a computer or laptop capable of running VR games or apps at 4K to fully enjoy the capability of this headset.

The displays are adaptive, allowing you to lower the resolution if you don’t have the right rig. The screens are smooth with a refresh rate of 90Hz, so you don’t feel dizzy even during or after long sessions.

Now, there are more affordable VR headsets like the Oculus Quest, but if you want a top-end Windows Mixed Reality experience, this can be your first choice.

The Acer Windows Mixed Reality headset is an easy plug-and-play device with a comfortable design. It’s also one of the more affordable options you can get to try out Microsoft’s mixed-reality platform.

Combine the two displays, and you should be able to enjoy a resolution of 2880 x 1440, similar to the Samsung Odyssey+.

The displays also come with 90Hz refresh rates, so you don’t get dizzy during long gaming sessions.

As with most mixed reality compatible headsets, the Acer AH101 comes with a pair of tracking cameras, eliminating the need for external sensors.

If you’re looking for one of the cheapest WMR headsets, this may be your best option. It’s comfortable and a complete system that’s perfect for bringing the VR experience on the go.

The Lenovo Explorer is a Windows Mixed Reality headset that offers excellent virtual reality experiences for its price.

It can compare to more established devices like the Oculus Rift S and HTC Vive, but at a better value since these devices don’t support mixed reality natively and you’ll need to use additional software like the Mixed Reality Capture Tool.

However, it only comes with an LCD panel, which is somewhat inferior to other models’ OLEDs or AMOLEDs.

Since the Explorer is a Windows Mixed Reality Headset with controllers and built-in cameras, you don’t need external sensors for a straightforward VR experience.

The HP Reverb is one of the company’s first headsets built on the WMR platform. It does look similar to most VR models in the market but comes with multiple premium specs that still make it a great device for the platform.

Compared to headsets like the Acer AH101 and the Lenovo Explorer, these do come with better resolution at a competitive price point.

The HP Reverb is a Windows Mixed Reality headset model on the premium side, but it backs it up with specs. The mixed reality features also help to make it a versatile and portable system.

View It on Amazon

The Microsoft HoloLens 2 is certainly not for everyone. Its $3,500 price tag is a bit too high for everyday consumers.

However, it’s a device that mostly caters to early adopters of the Windows Mixed Reality platform. There are other devices like the Samsung HMD Odyssey+ and the HP Reverb G2 that can match its specs.

If there’s a headset that can highlight the many features of mixed reality, the HoloLens 2 is it. Compared to other headsets on this list, the HoloLens 2 uses a 2K MEMS display that’s transparent, so you’ll be able to see AR objects that overlay on real-world elements.

The display is clear but does suffer a bit when you’re in a well-lit area. There’s a lot of potential here, but the experience of mixed reality can still be improved.

The HoloLens 2 is a commercial device, but with the entry of more affordable ones like the Odyssey+, Reverb, and many more, the platform can only improve to fulfill all that potential.

HP does have a couple of quality WMR headsets on this list. This is one of their more entry-level versions that can do with a bit more improvements, but then again, it’s budget.

This Developer Edition is not a bad headset at all, but a few out there have better value at the same price range. However, it does come with a handful of positives, like a removable tether cable for better mobility.

It also has a hinged visor allowing you to flip it if need be. I.e. you don’t have to take the headset off to take it off!

It does not have built-in headphones and microphones, but it does have accessible ports so you can use your own.

The HP WMR comes with a dual 1440 x 1440 LCD display producing clear images. There is a noticeable screen-door effect on this headset, but if you’re not actively looking for it, it’s easy to miss.

Mixed reality is certainly the next step in virtual reality as it makes the entire platform more versatile and portable for a lot of users. These are some of the best Windows Mixed Reality headsets available now.

There’s a lot of potential for MR, and with different Windows Mixed Reality prices, you’ll be able to get one that should fit the experience you want.

Are Windows Mixed Reality Headsets worth it?

If you currently have a high-end VR headset, it might be best to wait a bit before getting a WMR one since the platform is quite new.

However, if you want to jump into VR but don’t have a headset, then getting a WMR is going to be worth the investment. You’ll get built-in tracking, so you won’t have to spend on getting the additional equipment.

Which Windows Headsets are Mixed Reality?

Even though Windows Mixed Reality is a relatively new platform, there are a lot of headsets that support it. All headsets on this curated list support mixed reality, so you’ll be sure that you can take advantage of it if you get one on here.

Can I use Oculus for Windows Mixed Reality?

No. However, there is a way to do it with the Oculus Quest and Quest 2 using the Mixed Reality Capture Tool. It’s not the full experience, though, and you won’t have the best of time setting it up. It’s still best to get a headset that’s WMR-ready.

Do I need to keep the Mixed Reality Portal?

If you’re not planning on getting a WMR headset, you won’t really need it. However, if you have a headset and want to experience mixed reality, you’ll need it to access the platform. 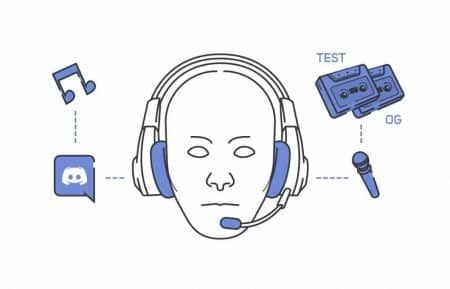 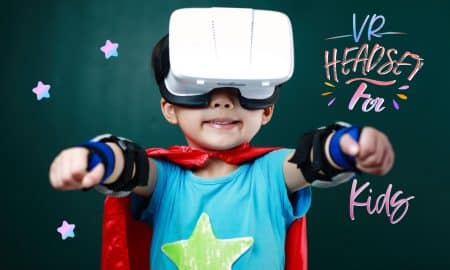 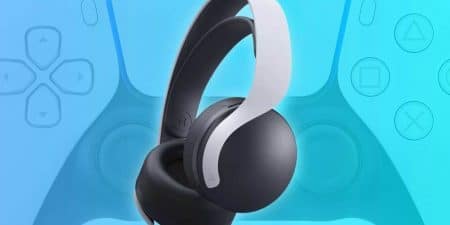 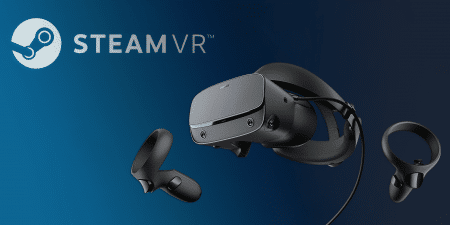