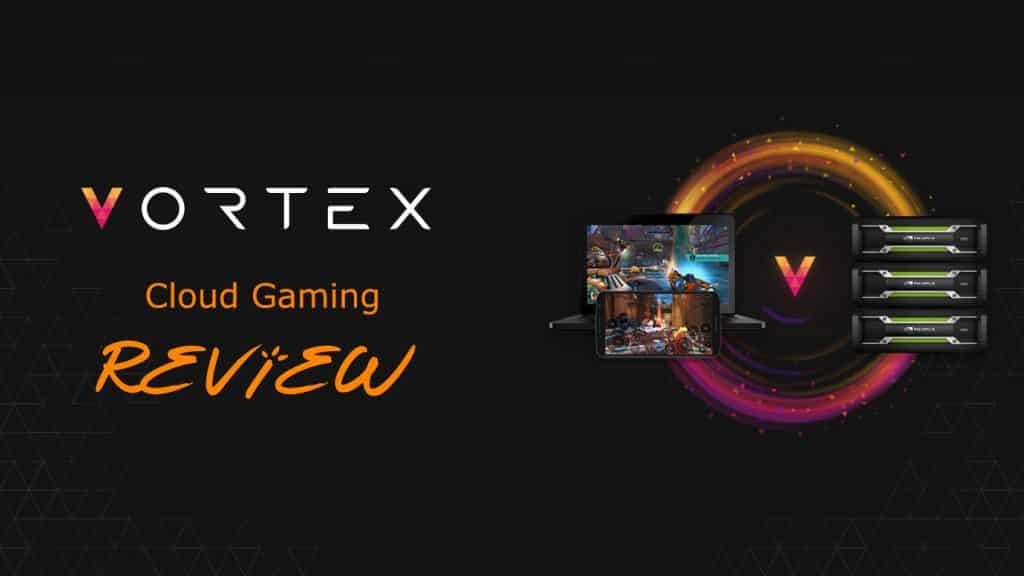 Over the last few years, you’ve probably heard quite a lot about cloud gaming. It almost feels like every day there is a new cloud gaming service being announced.

Sony, Microsoft, NVIDIA, and Google all have their own platforms now. It looks like even Netflix is about to get in on it.

So far cloud gaming has been met with a lot of skepticism and even ambivalence from the gaming community.

Gamers can be pretty traditional.

We buy our platform. We buy our game. We install it. Games might be digital, but we’ve been reluctant to give up our hard copies.

However, the current chip shortage is only getting worse, and it looks like it’s here to stay. Scalpers are making it impossible to build your gaming PC.

Good luck finding the latest gen consoles. So maybe this is cloud gaming’s time to shine.

Cloud gaming in theory is great. Either play games you own, or a catalog of games wherever you like, just using your internet connection, on pretty much any device you like.

However, picking the right service for you can be a headache. They all come in at different price points and all have different requirements.

With the advent of Vortex cloud gaming this decision just got a little more difficult.

Luckily we have this Vortex cloud gaming review for you.

Is Vortex Cloud Gaming Any Good?

How does it work?

A big benefit of Vortex Cloud gaming is its ease of use.

This is pretty much to just plug and play.

The Vortex app/ portal connects you to a gaming supercomputer hosted on their servers. You’re paying to rent a high-end gaming PC.

What games can you play?

This is where the bad news starts. It can get a little confusing.

There are some caveats here too.

Vortex claims that the service works with several DRMs. This means it shouldn’t matter who you bought the game from originally it should just work.

However, in reality, the internet is full of angry gamers who can’t get their games to work. Vortex seems to favor Steam, so you should probably only rely on it to play your Steam library.

Furthermore, one of Vortex’s big selling points is the fact that you don’t have to do any maintenance yourself. No long waits while your game downloads that new 30GB patch.  In reality?

As I write this review there are nearly 20 games currently unplayable because they are down for “maintenance”. That’s a big chunk of the catalog that’s down.

If you look below you can an example of games needing licenses and games currently down for maintenance:

You can see the full catalog here.

Vortex Cloud Gaming Review: Is it easy to use?

For either the browser or app it’s pretty simple. Log in and then choose the game you want to play.

If the game requires a license you’ll then need to login to wherever you bought the game originally. As mentioned above there are some DRM issues here so we would stick to your steam catalog

Once you’re logged in, wait for the game to load(it can be a little slow) and away you go.

The Android app is a dream to use. There are lots of handy shortcuts and it’s incredibly simple to remap buttons onto the virtual controller.

The Browser application isn’t quite so hot. In fact, at times it can feel downright broken. There are shortcuts but they’re not made very clear. Or they can conflict with the system you’re playing on.

For example, you press escape to break your mouse sync (meaning you can pull your mouse away from in-game).

This would be great except lots of games use the escape key to pause/ open menus. This means certain Vortex shortcuts can lead to parts of games becoming inaccessible. That’s a total pain.

It feels like Vortex has focused on the Android experience at the expense of the browser.

How does it Perform?

Performance is what any cloud gaming service will eventually live or die on. And performance involves a lot of variables so it can be difficult to get into specifics.

Vortex cloud gaming advises a minimum 10Mbps internet connection, preferable over ethernet. If you’re using WI-FI, make it 5Ghz and if you’re mobile gaming it should be at least 4G LTE.

If your connection isn’t optimal you’ll be looking at this:

My experience on an internet speed that is supposedly well above 10 Mps was fine. It would seem Vortex favors FPS (frames per second) over resolution.

In theory, this is good. Resolution seems capped at around 720p which these days is stretching the definition of HD gaming.

The bigger issue is input lag. Games are mostly playable but input lag is noticeable. If you’re playing games that require good timing or a lot of precision like Doom, then you’ll probably need to play on easy.

Connection hiccups aren’t uncommon either. Sometimes it can be a pain just getting back into your game.

For the best experience, you’ll need to play through the Android app. Here resolutions seem slightly better and input lag isn’t quite as bad.

Once again it’s clear that the app is Vortex’s focus.

Nothing in life is free.

First things first. There is no free trial.

In my books, this is a pretty big negative. Cloud gaming performance is anecdotal and has a lot of moving parts.

Two people could have similar connections and wildly different experiences. Vortex should offer a quick free trial, so people know if it’s going to work BEFORE they pay.

Upon release one of the Vortex’s big selling points was the low price. Yet now they have the three-price plans. It’s not looking so generous.

So, should you sign up for Vortex Cloud gaming?

Maybe. If you’re looking for an easy-to-use entry to cloud gaming Vortex isn’t bad. You can sign up for a month, try it out and worst come to worst you’re only down ten bucks.

If you plan on using an Android device for cloud gaming then Vortex becomes even easier to suggest. It seems clear that the Android app is where most of their development time has been going.

However! It isn’t all good news. Some games can be almost unplayable on Vortex. And I wouldn’t be doing my job if I didn’t warn you that many gamers have had bad experiences with Vortex.

If you check out Trustpilot you’ll see Vortex cloud gaming reviews are overwhelmingly NEGATIVE with a large number of people unable to play anything at all.

The problem is cloud gaming still just doesn’t work for use cases. Vortex knows this but if you use the service for more than 15 minutes? No refund.

That’s ridiculous when it can easily take more than that to get a game working. There’s also no excuse for it when NVIDIA NOW has a free version.

Vortex could also do a better job of actually making it clear what you’re paying for. You have to do a bit of digging around on the site to realize you’ll have to pay for most games separately.

At the end of the day, cloud gaming is still in its infancy and none of the options is perfect. Like any new technology, there are a ton of kinks still being worked out.

If you’re desperate to try it then Vortex isn’t a bad option for newbies. My advice would be to hold off for a little while yet though until all the kinks are worked out and then start spending your hard-earned money on a cloud-gaming service that suits you.

No. The cheapest price plan is $10 a month. Check out the details here.

They are a legit company offering a legit product. Because of the low cost of entry some people have been a little suspicious. Teething issues with the product have also led to some gamers calling it a scam.

Q. How do I install vortex cloud gaming on PC?

You can’t. You just play it in your browser. You’ll only be downloading  the application if you plan on playing through an Android device

They do have a free plan which lets you play for free. For an hour. Then you have to login again and potentially pay a fee. The monthly plan is $10, and a yearly subscription is just under $100.
Share. Facebook Twitter Pinterest LinkedIn WhatsApp Reddit