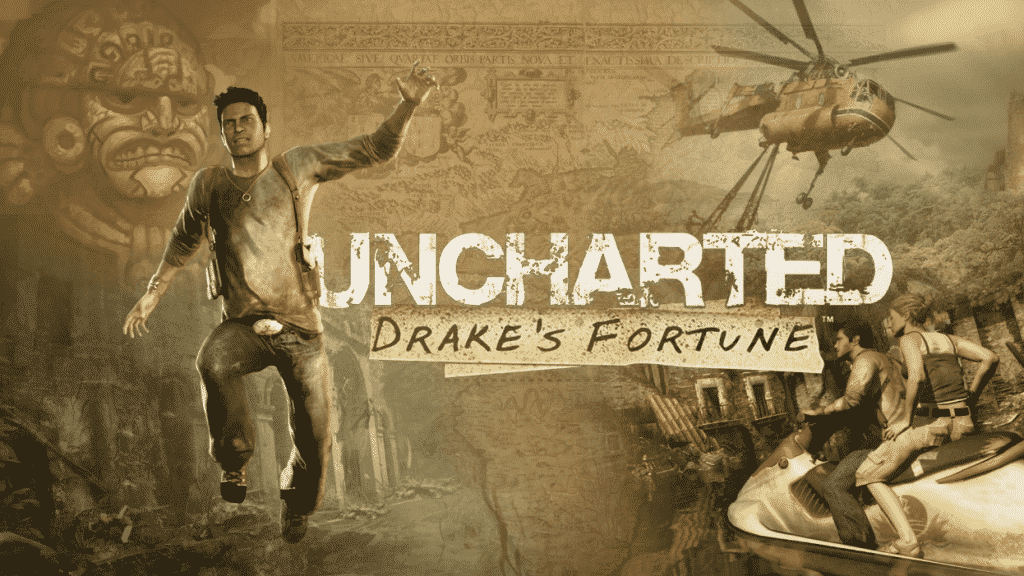 When Jason Rubin and Andy Gavin, a couple of MIT students who were making Mortal Kombat clones in a basement somewhere, charted a 3-year deal with Sony to produce their infamous Crash Bandicoot games for the PlayStation, they would have never thought that they would one day make one of the best-selling action-adventure franchises of all time.

Amidst the success of the many Crash Bandicoot games that Sony produced for the PlayStations 1 and 2, by the PS3 era, things had changed massively.

The Japanese audio-video giant needed something for the growing mature audience that they had in the States, whose need wouldn’t be sated with the familiar goofy marsupial mascot forever, with titles such as Grand Theft Auto taking the market by storm. And yet again, Naughty Dog delivered.

Check out this Uncharted Drake’s Fortune review, a game that started a series of award-winning titles one after the other, a true console-seller and a prototype for Sony’s now continued success.

After completing the Jak and Daxter series, Naughty Dog started to experiment with designing a sprawling, open environment and talked to Sony about creating an action-adventure sandbox.

Of course, Sony agreed, seeing as how the studio was their golden goose, and Naughty Dog set about making Uncharted, a swashbuckling, narrative and set-piece-driven 3rd person shooter with their own Indiana Jones at the heart of it all.

After the purse strings were loosened, the US-based studio gave their heart and soul to try and give us a stellar experience, along with their signature animation style, elegant structure, and attention to detail.

Star writer Amy Hennig was hired to conceptualize the plot, and award-winning voice talent Nolan North was employed to be the voice of their protagonist; the handsome, charming treasure hunter Nathan Drake.

Finally, after two years of rigorous development, with the E3 gameplay trailer section alone taking around a year to make, Drake’s Fortune was released to widespread critical and commercial acclaim.

Uncharted became one of Sony’s bestsellers, even receiving a Platinum collection re-release, and was a testament to the adaptability of Naughty Dog Studios.

While many Uncharted reviews and specifically Drake’s Fortune reviews might skip the fact that this was Naughty Dog’s first foray into development on this scale (the project was literally named ‘Project Big’ at the start,) we’ll take a closer look at why this was a significant attempt at world-building and making history fun.

Nathan Drake is an excellent protagonist, a brave, chivalrous, and clever individual who is flawed in all the right ways, making anyone instantly fall in love with him.

He embarks on a journey that started with finding his namesake, Francis Drake’s grave along with Elena, a journalist who travels with Drake to document his adventures for her TV show, and Sully, Drake’s longtime friend, advisor, and father figure.

And the story isn’t entirely driven by Drake either, with the excellent supporting cast of the formerly mentioned Elena and Sully providing exactly the right amount of chemistry and grittiness in juxtaposition with his wit and comic relief.

The plot revolves around Drake’s quest to find El Dorado, the city of gold. From the opening few cutscenes and chapters, it is clear that this is the gaming equivalent of a summer blockbuster, which would later go on to become a trend with all its sequels.

The twists, action sequences, and expansive character development are all elements that make this game tick.

While that might be the case, I noticed a lot of the criticism levied towards the game was actually fair, with the story taking a massive wrong turn with the final twist.

Nazi Zombies in a light-hearted action-adventure romp doesn’t quite sit right with me, as with other Uncharted reviews, even with all the violence prior to that segment.

This is an Uncharted game, not a Call of Duty. Along with that, criticism is also directed towards the game’s graphics, but we don’t think that’s much of an issue considering how difficult it was to develop at all for Sony’s CELL microprocessor architecture.

Even so, with all of its shortcomings and surprising lack of replay value, Uncharted 1 managed to hook me in again after years of not touching my old PS3 slim.

The conclusion is great, and it gives us an amazing setup for the next release, which ended up becoming one of the greatest 3rd person shooters of all time.

In all honesty, the first Uncharted was not the best Naughty Dog offering. We would wager that it wasn’t even in the top 3.

But what it did was give Sony the console seller that they desperately needed, all while presenting a brilliant story, captivating gameplay, and memorable mascot characters.

After the success of their original release, Naughty Dog would go on to make genre and generation-defining games such as the sequels to this franchise, and their stealth survival horror masterpiece, The Last of Us.

The initial three Uncharted games were also remastered and re-released as part of the Uncharted: The Nathan Drake Collection in 2015.

How long does it take to beat Uncharted: Drake’s Fortune?

Although the game is surprisingly difficult, it takes around 10 hours to beat it. Stacking on the difficulty, however, can give you as much as 15-16 hours with some of the shooting sequences and puzzle mechanics being quite challenging.

Is Uncharted 1 worth playing?

Uncharted 1 introduced a lot of concepts, gameplay mechanics, and puzzle elements that were ground-breaking for its time, so the answer is yes! A resounding yes. This is one of the best games of the PlayStation era, and the seventh-generation consoles, selling over 2.6 million copies, is firmly placed in the PlayStation library’s hall of fame.
Share. Facebook Twitter Pinterest LinkedIn WhatsApp Reddit