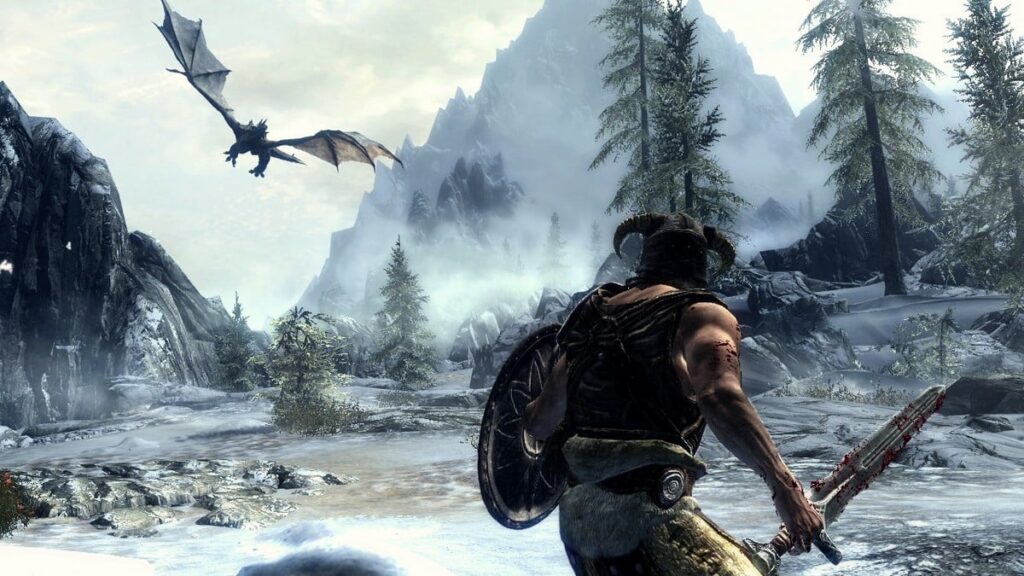 One Skyrim gamer found a new glitch in the third-person view that is both humorous to some and unsettling to others.

When switching from first-person to third-person view in Skyrim, the player gets a surprise.

Since its release in 2011, flaws in Skyrim have provided players with hours of amusement. When struck by a giant or other supernatural being, non-player characters (NPCs) have a chance of being launched into space, and players may even encounter unique, Skyrim-only flying mammoths up there, enjoying the breeze. Reddit user boon238 joined the ranks of those who could add to the ever-growing list of exploits and bugs discovered in Skyrim with each new game session. Their new Skyrim third-person glitch video has been upvoted 97% of the time, suggesting that players enjoy the experience and are intrigued by the chance of seeing something similar in their own playthroughs.

Whether or not the video boon238 uploaded titled “Just switching to third-person view turned out very scary” actually frightens its viewers is a matter of opinion. An opening first-person shot shows boon238’s character wielding a sword and what appears to be a conjuration spell, one of the six types of magic that you can learn at the College of Winterholm in the game Skyrim.

The scene cuts away, and it appears the audience has completely lost track of the protagonist. The figure rushes into view, and the only indication of any action is a tiny shift in the corner of the screen; as boon238 stops moving, his character floats back to its original position on the left side of the screen, like a ghost. So much for Skyrim third-person glitches.

While glitches are usually a nuisance in video games, they have become a constant source of humor, especially the Skyrim third-person glitch. Since the game has been out for a while, most players will be familiar with the major plot points and side missions in Skyrim, as well as be able to quote any random lines spoken by NPCs.

So while there may still be some Skyrim glitches that happen at the worst possible time, interrupting an otherwise perfect run, many of them actually make the game more fun or even easier by providing bonuses the player wouldn’t have otherwise.

Dragon breathes or shouts, for instance, give players a temporary boost in general situations. In a subreddit for Skyrim, players are sharing their favorite shouts in-game.