Roblox Muscle Legends Codes(March 2022): Get Your Pump On 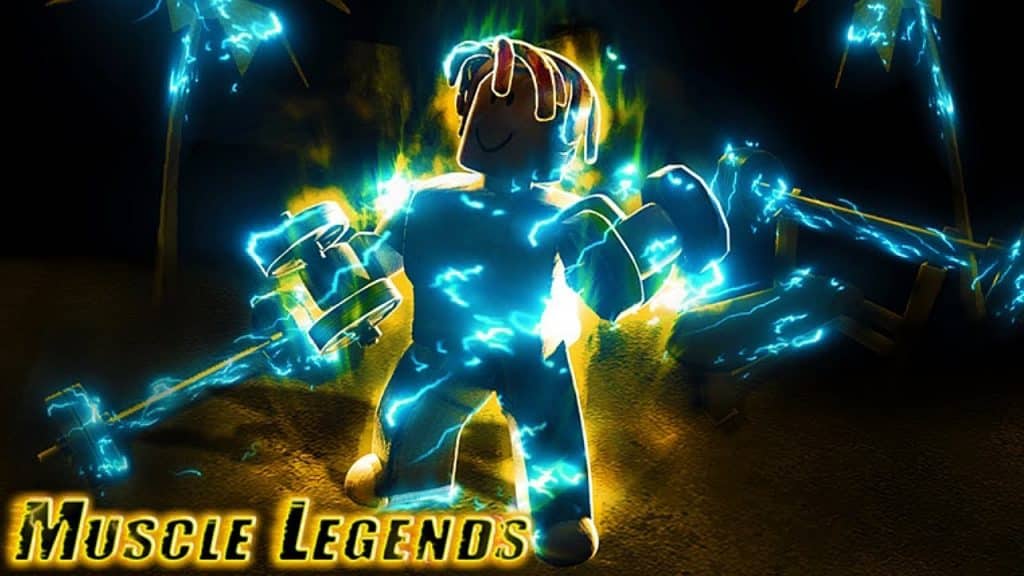 For all you virtual beefcakes out there looking to flex your Roblox muscles, Roblox Muscle Legends is the quintessential game for you.

As the name suggests, the game is all about pumping iron and becoming the strongest Robloxian with bustling pecs and biceps.

But the pursuit of the strongest muscles in Roblox is not an easy task. To help you out with your workout routine, you can use Muscle Legends codes to get you some free stuff in-game.

If you were new to working out though (in the game at least), here’s a quick rundown of the game and what you can expect.

What is Muscle Legends?

The end goal of building up muscles in Roblox Muscle Legends is to become the biggest, strongest, beefiest, and toughest Robloxian around.

You’ll spend a lot of time on various workout equipment like dumbbells, treadmills, pull-up bars, bench presses, and so on. There’s even a rock you can punch to increase your Durability.

But when you first start up the game, you’re going to be a puny stick figure. Check out the picture above and you’ll know I’m not exaggerating.

Oh, and in the background, that huge structure over there? That’s another player.

I’ve seen players of gargantuan sizes in Muscle Legends who simply had to stomp on me to knock me out. However, don’t let that dissuade you. With enough hard work in the gym building up your Roblox muscles, and you’ll be fighting them off in no time.

In Muscle Legends, there are three key stats with different uses:

There’s also Buffness and Height which measures how many kilograms your Roblox muscles weigh, and how tall you are, respectively.

When you’re not working out, there are a few things you can collect/earn. Pets and Auras to increase stats, new Moves to learn for fights, bigger Arenas & Gyms to access, among other unlockables in the game. And that’s pretty much what the game is all about.

Keep working out, get stronger and bigger (much BIGGER), learn new moves, and prove yourself in fights against other humongous, muscle-bound Robloxians in the arenas. There are multiple levels and ranks to unlock, so there’s a lot to do in-game.

But with so much stuff to do in-game, it might take you a while to beef up your character. To help you with that, use these free Muscle Legends codes to speed up the process with free Strength, Gems, and more!

*There are currently no expired/invalid codes in Muscle Legends*

How to Redeem Codes for Muscle Legends

Now that you know all the Muscle Legends codes, you need to redeem them before you can get the perks. Here’s how to do it:

And that’s all you need to do to redeem codes in Muscle Legends. After redeeming the code, you should instantly get the rewards for the specific codes.

But for players who are looking to instantly grind in a slightly cheating manner, you can use scripts.

Scripts in Roblox are essentially a cheat engine that provides players with various buffs and unlockables without needing to grind it out in-game.

It works pretty well and there doesn’t seem to be any downsides to it but I’ll still caution players from using it.

Check out the linked video above to see how exactly you can access the script, what it can do for you, and how to use it. Here’s a link to the script if you’re already familiar with using scripts and executors in Roblox.

What Do Scripts Do?

In a nutshell, it will allow players to modify a lot of things in-game you normally wouldn’t have access to.

You can do things like increasing your walk speed, jump height, enable no clip, enable auto strength gain, auto chests, and teleporting. There are a few more features that’ll make the game easier to grind.

It’s relatively harmless but you can use it to get an advantage in the game. Before you do that though, you’re going to need to use something called a script executor. This will allow you to modify the game by simply copying the script from any source.

As mentioned in the video, you can use Synapse X which costs $20 to purchase. It’s best to use a reputable executor as some may unknowingly be viruses or cause other issues in your game or computer.

Why You Shouldn’t Use Scripts

Be warned though, you really should do some research before using scripts. If you’re not confident in doing it, I suggest you don’t. There’s nothing wrong with doing things the normal way and increasing your strength and levels from the ground up.

Since that’s what the game is all about, I earnestly suggest players enjoy the game and experience working out, even if it’s in a virtual setting.

The game is meant to be showcase the hard work and effort it takes to be the strongest Robloxian, and using scripts may lessen the experience. But hey, that’s just my take.

Regardless, Muscle Legends scripts are still a thing so you can access them if you wanted to. As long as you know what you’re doing, there shouldn’t be any problems.