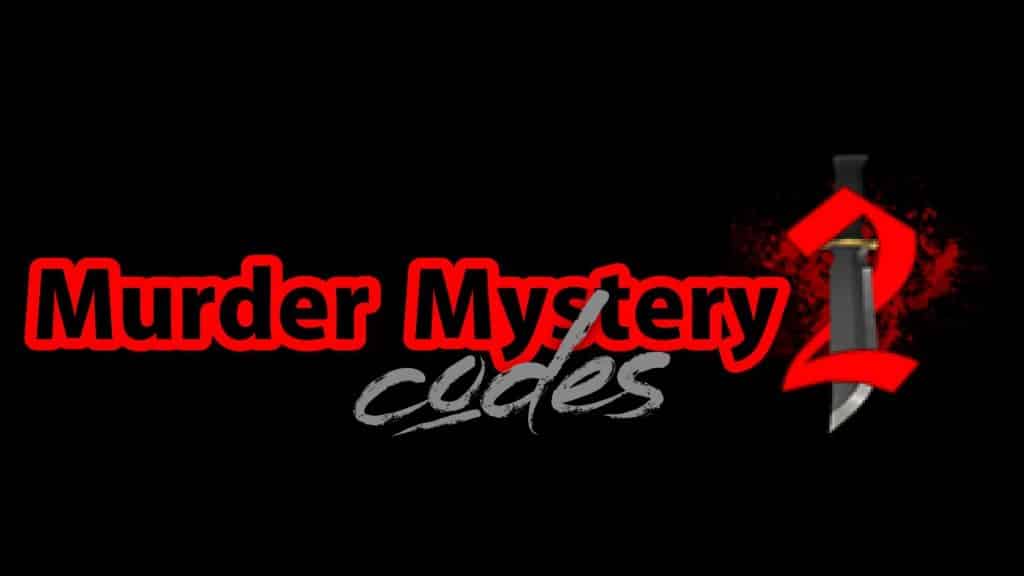 Loosely based upon the original Garry’s Mode: Murder Mode, this is a pop horror game that follows the Mafia dogma with a twist, offering the players the roles of Innocents, Sheriff, and Murderer.

Each session is composed of 12 players, 10 Innocents followed up by one Sheriff and one maniacal Murderer. The Sheriff is armed but not dangerous because he is the protector of the Innocents. The Murderer, on the other hand, is armed, dangerous, and ready to kill!

This article will show you how to enhance your gameplay and customize your favorite weapons in Roblox Murder Mystery 2 to make your horror experience more satisfying and create your perfect murderous theme.

What are Roblox Murder Mystery 2 Codes?

Codes for Murder Mystery 2 can be considered a rewarding feature for players, meant to enhance their experience by cosmetically upgrading their favorite weapons.

They add a new flavor to the game, resulting in characters that represent different themes, meant to fulfill everyone’s own murderous fantasy.

All codes have an expiration date, so be sure to redeem them as soon as possible after you acquire them.

In Murder Mystery 2, you only need to complete the following 3 steps to redeem a code.

No third-party app or scamming reward generator is needed to get some well-deserved goodies, just copy-paste the code and you’re good to go.

There are no Roblox Murder Mystery 2 Codes that are currently active, but be sure to bookmark our page. We’ll update for any new incoming code within the hour.

They represent the rarest items in-game, bringing a distinct visual enhancement for each of their wielders.

Chromas allow the players to further customize their godly weapons and create the perfect character theme.

They are generally found only by unboxing, except Chroma Seer, obtained through crafting.

How To Play Murder Mystery 2 the Right Way

The Sheriff is the only one armed with a gun, while the murderer’s weapon of choice is a knife.

Innocents have the ability to pick up the gun in case of the Sheriff’s demise, although the Murderer will only retain his knife to further embrace his planned onslaught.

Murder Mystery 2 works in a similar fashion to the old Mafia game, the concept of the game can be adopted fairly easily by every new player, even if they never heard of the previous version of the game or similar game modes.

As mentioned previously, the game revolves around 12 players, two of them being assigned with the Sheriff and Murderer roles.

Teamwork is critical in achieving the goal, Innocents have to work together in aiding the Sheriff to discover which one of them is the sinister traitor posing as one of the innocents.

However, they are completely unarmed, relying on evasive tactics, running away, and alerting other players if they notice anything suspicious.

Murderers, however, are forced to blend in among the civilian midst, act as naturally as possible, and plan their kills accordingly to not be instantly discovered. Critical thinking and mind games are encouraged in order to create the perfect facade.

Tips and Tricks in Murder Mystery 2

Murder Mystery 2 can be quite a fun experience, this being said for veteran players or even newcomers. The game has a fast learning curve and plays out in a similar manner to games in the genre such as Mafia or Among us.

Solving the mystery of crimes while protecting a group of people can certainly fulfill the detective fantasy for some players while the game also provides the experience of fulfilling a cold-blooded killer fantasy.

Finding the killer can prove to be a difficult task at times if the selected Murderer plays his role right, but sometimes doing the detective work can be accomplished really easily if the Murderer does not pay attention or has bad timing.

As a last resort, the game allows Innocents to pick the Sheriff’s gun in order to protect themselves, a feature that can bring some comfort for those that feel that with the Sheriff’s demise the game will suddenly result in a loss.

The randomization of the roles provides players with the opportunity to experience each role, a feature that prevents players from feeling like they only get to see one side of the coin.

The codes that can be acquired in Murder Mystery 2 bring us a way to perfectly customize our desired character theme and arm them with visually pleasing weapons.

The game plays out in a very similar manner to old-school Mafia games, allowing players to experience a true Murder Mystery while benefiting from mind games, betrayals, and teamwork.

Don’t forget to check our website for more updates regarding the upcoming Roblox Murder Mystery 2 Codes.

For more useful info and extended explanations for Codes, check the Fandom page!