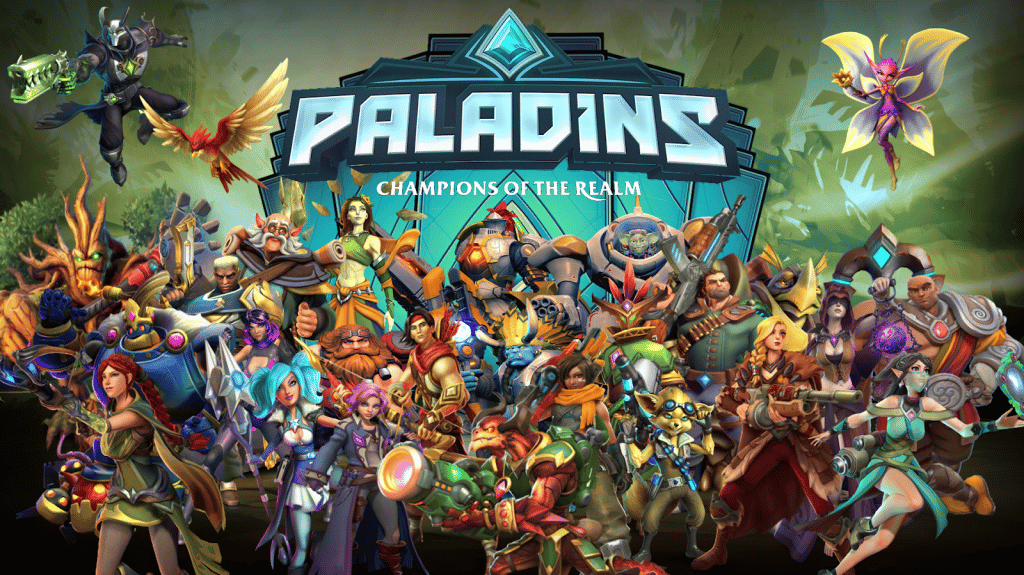 Paladins: Champions of the Realm has succeeded in creating its own identity after it was labeled an Overwatch copy after the initial release.

The first-person hero shooter came out in May 2018 for PC, PlayStation, and Xbox. And the very next month, Nintendo Switch got a full release as well. The Evil Mojo title supports Windows and macOS and is available on Steam and Epic.

With such a wide platform availability and 4 different game modes, it’s no surprise that players want to team up and enjoy Paladins with their friends. There’s Team Deathmatch in there; who would want to miss out on that.

So, everyone’s been asking the burning question: Is Paladins cross-platform?

Yes, Paladins is cross-platform, and it allows crossplay between all the consoles and devices. Xbox users can team up with PS4 players, and PC gamers can go to battle with Switch users- it’s a jungle out there, and no one’s complaining.

That mouse and keyboard accuracy might kick in for PC users, though.

But that’s something you have to get used to if you want to enjoy Paladins with your friends.

But that’s not the extent of it.

Paladins have backward compatibility, which means it’ll work with the new-gen hardware of Xbox Series S/X and PS5.

And not just backward compatibility. Paladins also have cross-generation support. So, if you’re on an Xbox One and your friend is on an Xbox Series S/X, both of you can easily crossplay Paladins. The same goes for PS4 and PS5.

PC users can also enjoy seamless cross-play whether they buy Paladins from Steam or the Epic Games store.

Cross progression is a special option, and gamers often overlook the possibilities it brings. Isn’t it efficient that you can upgrade your console or switch to a different platform and continue your favorite game where you left?

Well, Paladins have cross-progression too.

So, no matter which device or console you use, you can take your progress along. No need to start a brand new champion build when you upgrade to a new-gen console.

All these features in a free-to-play shooter game seem too good to be true, but it is what it is.

It’s like Evil Mojo took it upon themselves to show that there are still devs out there listening to the community. And we’re here for it.