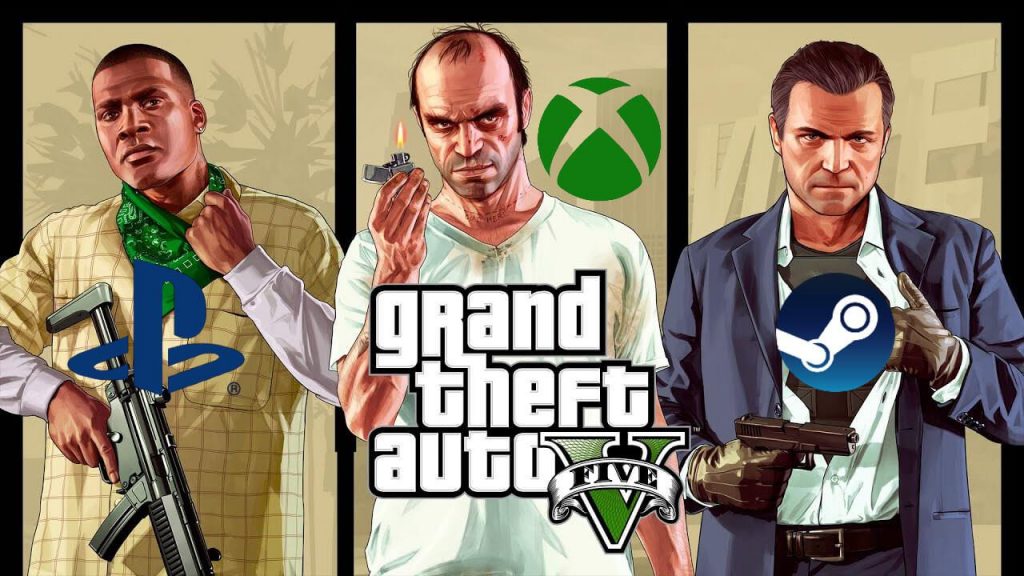 It’s admirable that Rockstar Games has kept up support for one of its most successful titles ever, GTA V and GTA Online until now. And pretty soon (March 2022 to be exact), GTA V will officially land on the latest next-Gen consoles, the PS5 and Xbox Series X/S.

And to be honest, it doesn’t seem like GTA V is going anywhere anytime soon. We’ll probably drop off from GTA V only when Rockstar releases their next game in the saga, GTA VI.

And boy, oh boy! I would love to see what Rockstar comes up with; next-gen graphics, new mechanics, and even more cars, clothes, planes, bikes, to collect and utter ridiculousness to experience.

But even now, in January 2022, fans have been asking the age-old question (at this point), is GTA 5 Crossplay enabled?

The simplest answer is No! Even with popular demand from fans, it’s fallen on deaf ears at Rockstar, and GTA 5 & Online cross-platform compatibility is not available as of April 2022.

This means players you meet in GTA Online lobbies are players on the same platform as you.

If you’re playing GTA Online on a PS4, you cannot play with friends/players on the Xbox One and vice versa. This is probably due to a couple of reasons.

One thing you should keep in mind is GTA V was released back in 2013 and GTA Online came a few months after. The system the game is built upon is dated and it wasn’t the norm at the time to allow cross-platform gameplay or progression.

By the time it became normal for games to allow it, GTA Online had already amassed a staggering amount of players who’ve been playing consistently for years.

You can imagine how troublesome it would be if Rockstar messed around with their servers trying to manage cross-platform capability. Not to mention potential losses of years worth of money gained/purchased, businesses, cars, and so much more.

While GTA cross-platform isn’t in the picture (for now), we don’t know what the future holds. But there is a slight silver lining to this and it’s in regards to the PC version of GTA Online.

Can You Crossplay GTA 5 On PC With PS4/Xbox One?

At this point, GTA Online players probably own the game on multiple consoles and platforms. The PC master-race had to wait quite a while for the game to release and it finally happened 2 years after the original release, back in 2015.

This was an exciting time for GTA V players because the possibilities in-game opened up the moment it landed on PC. And that includes me, a player coming from the Xbox 360, migrating to PC, and finally playing with a new character on PS4.

When the initial jump happened from Xbox 360/PS3 to PC, you could transfer your data to your PC version of the game. So in a sense, it was possible to share data between two platforms; Xbox -> PC and PS -> PC.

This is in part due to how data/servers work on both consoles. Both companies use different servers and ways to store information that simply wasn’t built to be shared with the other.

Rockstar has since disabled the transfer feature thanks to a few bad eggs who were spoofing accounts and hacking their save files. But the takeaway here is that it was possible to share account data on other platforms.

Will GTA Online Ever Support Cross-platform?

If you asked me “Is GTA Online crossplay possible?”, that’s a whole different story.

We have never been able to play GTA V with players from other platforms. However, in theory, since you can share data between platforms the feature may be implemented in future iterations of the game.

Meaning the latest GTA V Enhanced & Expanded version coming for next-gen consoles could potentially have the feature if Rockstar chose to do so. On the flip side, this would take a lot of reworking and rebuilding to execute flawlessly.

It’s also a matter of PlayStation and Microsoft allowing this to happen at a native level and Rockstar doing their due diligence to avoid any issues with GTA crossplay. You never know what could happen in the current gaming industry landscape.

For now, it remains unclear and unlikely.

But if there was any time for GTA cross-platform to happen, now would be the best time with a shiny new console, enhanced graphical capabilities, updated systems, and crisp visuals.

However, cross-platform may not be in the best interests of players anyway. We’re too blinded by the glimmering upsides to seeing potentially chaotic downsides.

Why GTA Online Cross-Platform is a Bad Idea

While the idea of cross-platform play entices many GTA Online players, there are both good and bad sides if it ever happens. It’s probably a good thing we haven’t seen it yet as the downsides quite heavily outweigh the upsides. Here’s why.

The advantages of crossplay in GTA Online are obvious; you can play with friends across different platforms, highly populated servers and games, and cross-progression between consoles.

And this solves a lot of issues players are facing right now.

Notice it takes longer to find players to join deathmatches, races, and other game modes? Well, crossplay would solve that.

Want to play with even more of your friends in huge groups? Yes, crossplay would be ideal for it.

Want to seamlessly switch from playing on your PS4 to your PC? Cross-progression and cross-platform features would let you do it.

Cross-platform capability in GTA V would be a game-changer as it makes the world feel more alive with additional players walking around, doing stuff in Los Santos.

Other than that, being cross-platform enabled would be a step in modernizing GTA Online to the current gaming industry. Not sure how important that is, but since GTA V has been on 3 generations of consoles, it might be needed sometime soon.

Even with all these advantages though, I can’t forget about the potentially fatal flaws of cross-play, especially in a game like GTA Online.

And trust me, once I lay it out, I’m sure you’ll agree.

Suuuure, it would be super fun to play with even more of your friends doing wacky things in lobbies or pulling off heists. But what some of us forget is cross-play will inherently change the game for the worse on consoles.

Why you may ask?

All thanks to our creative, brutal, hacker counterparts on PC.

I’ll tell you this, as a GTA Online player myself, when I first logged into the PC version of the game I was dumbfounded. Many lobbies were filled with explosions everywhere, death, and profanities typed out a mile a minute.

One of the biggest flaws with cross-play is it would break the game. On PC, you’ll find an overabundance of hackers who are causing all kinds of chaos in public lobbies.

They’ll spawn planes, blimps, and other vehicles on top of you, turn themselves invincible to kill you, spawn bags of money that could get you banned, and other nonsense that’d just make it hard to play the game.

Imagine being on your PS4, and suddenly you’re bombarded by missiles just because a hacker on PC is griefing you. It’s not a fun time, trust me. And even without hackers in the mix, PC players are known to be “try-hards” which will make fights and deathmatches less competitive.

It’s hard to match up to the accuracy of a sniper armed with a mouse and keyboard VS. a controller. Players would gun you down more accurately than they already do which would take the fun out of any competitive game mode.

Not to mention the fundamental flaws that could happen with crossplay – mismatched data across servers, even longer load times, and higher risk of encountering modding/hacking.

Overall, it’s just not ideal thanks to a select few players and other intrinsic issues to crossplay. All these problems combined are highly prevalent and could cause players to drop the game altogether which is probably why Rockstar hasn’t implemented the feature yet.

With GTA V Enhanced & Expanded for PS5 and Xbox Series X/S on the way, some of you may be thinking of switching over to the new version of the game. What’s better than loading up your shiny new console with next-gen graphics and mechanisms to play some GTA Online, right?

*I’m sure there are other titles worth playing with those beastly consoles but sure, why not.*

According to the latest intel going around, you’ll be able to transfer your characters from the older console version – PS4/Xbox One/PC to the new GTA V Enhanced & Expanded version on PS5/Xbox Series X/S.

This comes from a prominent industry insider @TezFunz2 on Twitter who mentions:

This means you don’t have to worry about getting the new version of GTA V and wondering if you’ll have to start all over again in Los Santos. This information also suggests that there will be plenty of exclusive items for returning players which is a great bonus.

For now, we’re not entirely sure how transferring from PC to PS5/Xbox Series X/S will work, so we’ll keep you updated as the news comes out. Rest assured, you’ll have your stuff in the new version if you own the same platforms.

But in general, I’m hyped for the next-gen version of GTA V because I can only assume the leap from PS4 to PS5 level graphics and gameplay elements is steep. I didn’t think the PS4 version would be that much better than the original Xbox 360/PS3 versions, but boy was I wrong.

The stronger, faster hardware will allow Rockstar to create new ways to experience the world of GTA V and allow things previously impossible, possible. Similar to how the leap from PS3 to PS4 was massive for GTA V, the PS4 to PS5 leap will be greater than both of them combined.

And while many players are disgruntled at the fact that Rockstar continues to hash out “new” GTA V versions, as long as people are playing it, Rockstar will keep releasing it.

For now, only time will tell if GTA V E&E will be worth it but based on their track record, I’m hopeful. We’ll just not acknowledge GTA: The Trilogy’s horrid release. Sheesh.

And that’s all folks. Hopefully, we’ve answered your question on “Is GTA 5 cross-platform” well enough. It’s really hard to predict how cross-platform would work and if it would be a good experience or not. Based on what I know, I don’t think it would be.

But that’s just me. What do you guys think? Do you want GTA V crossplay to be a reality? Let us know in the comments! 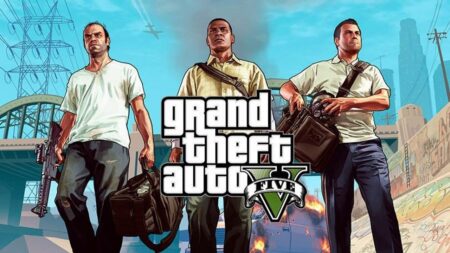 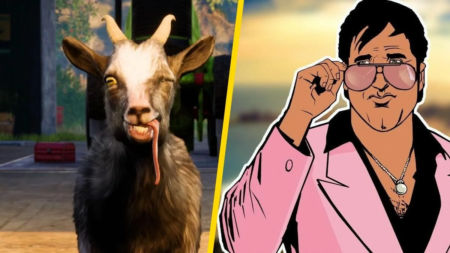