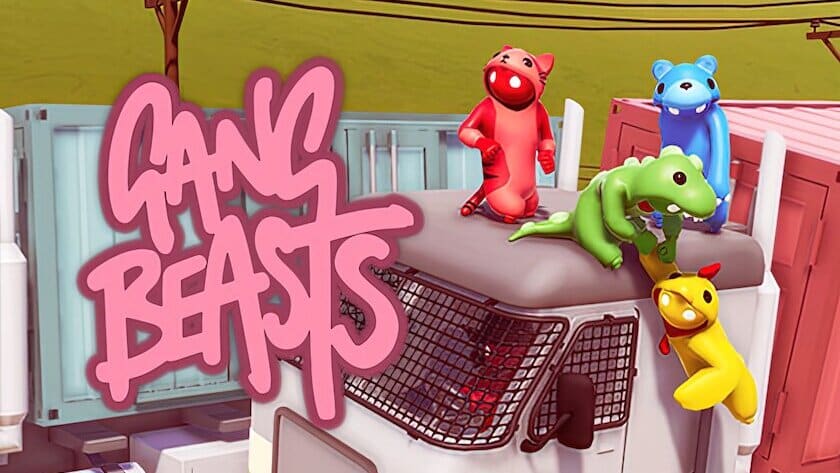 Recently, the gaming community unearthed another hidden gem, and now everyone wants to know about its crossplay feature.

Gang Beasts came out in 2014, but for PC only. Then, 3 years on, the game got a PlayStation release. And in 2019, the devs released an Xbox version as well.

But, the game touched new heights of popularity when it came out for the Nintendo Switch in 2021.

This “silly multiplayer party game” of melee fights is pure chaotic fun. And what better way to add to that fun and chaos than have truck-top fights with friends.

But is it possible?

Is Gang Beasts cross-platform on all 4 platforms? Yes and no.

Depending on the platform you are playing on, Gang Beasts can support cross-platform gameplay.

It’s available on all 4 big gaming platforms – Xbox, PlayStation, PC, & Nintendo – but it’s not universally cross-platform. And chances of that happening are slim.

But, that shouldn’t eclipse the limited crossplay abilities of Gang Beasts.

Here’s how Gang Beasts crossplay fares on all devices.

But, if you bought the Steam version, we’ve got bad news. The Steam version doesn’t have cross-play abilities, and the only reason we can think of is that it has to support macOS.

So, if you are on a Windows PC, get the game from Microsoft Store so you can enjoy Gang Beasts cross-platform between PC and Xbox.

Gang Beasts does not allow crossplay between PC and PlayStation. Whether you have the Steam or Microsoft Store version, it won’t support cross-platform with PlayStation.

Classic Sony, this is.

At least they were kind enough to let Gang Beasts onto PS5 through backward compatibility. Now they won’t have to release a PS5 version.

The Beat’em up title was released only for the old generation of these consoles, i.e., Xbox One and PS4. However, it does run on the new-gen hardware too. So, you can play it on Xbox Series X/S and PS5.

But, unfortunately, there is no crossplay here.

And in another trademark Sony move, there is no crossplay between PS4 and PS5.

Nintendo Switch is a very versatile console that allows crossplay between titles more often than not. However, Gang Beasts is one of the few that even Nintendo Switch didn’t get crossplay for.

If you are on Switch, you’ll only face off against other Switch players- no room for PlayStation, Xbox, or PC players on the Nintendo servers.

And now you know to what extent Gang Beasts is cross-platform.

Cross-playing Gang Beasts is only possible if everyone gets the Xbox Game Pass. And that’s an Xbox and Microsoft Store exclusive.

So, you’re better off fighting strangers instead of missing out on the fun.