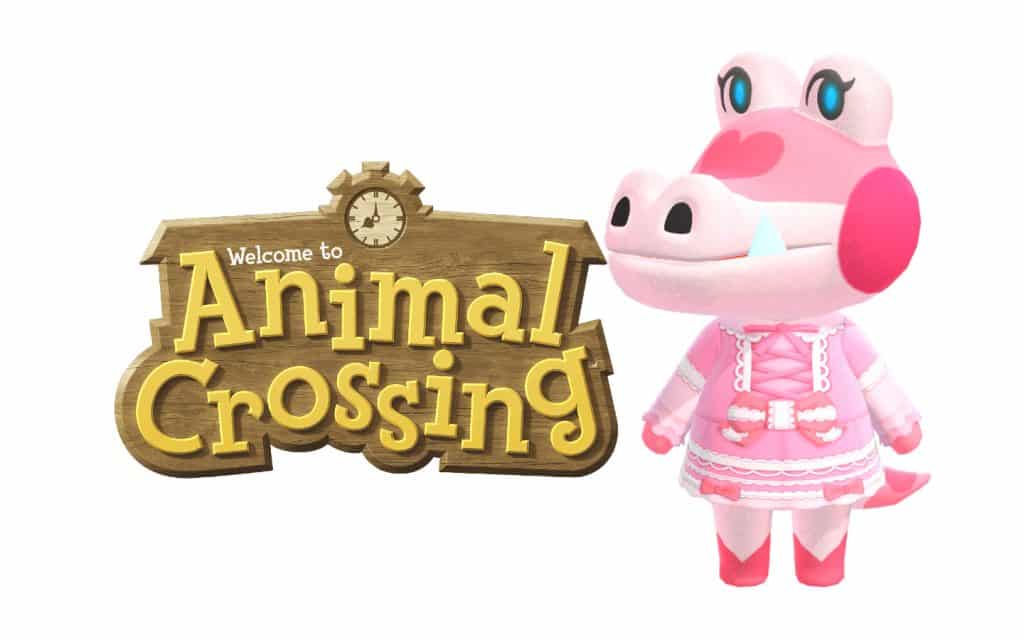 Who says alligators have to be scary and intimidating? With Gayle, she is all about being pink, covered in hearts, and being sweet!

Wanna talk about nature and hang out outdoors? Gayle is your gator gal for that. Learn more about her in our Gayle Villager Guide.

Who is Gayle in Animal Crossing: New Horizons?

Gayle is a pink alligator with a Normal personality. She is the only Normal among the alligators in New Horizons and was only added to the games when New Leaf was released.

She is now in other Animal Crossing games, like Happy Home Designer, Amiibo Festival, and Pocket Camp.

Her birthday is on May 17th, making her a Taurus.

Both Gayle’s English and Japanese names are references to her species. In English, Gayle possibly comes from the “ga” part of alligator.

While her Japanese name, Alligetty, is also a reference to alligator. Flaunt your alligatorness, Gayle!

One word immediately describes Gayle: Pink. Her skin color is a mix of different shades of pink, with a part of her head in regular pink and her cheeks and hearts in a darker shade of pink.

Even the white portion of her skin has a faint tint of pink.

The ends of her arms, legs, and tail are deeper pink, which makes them look like gloves and boots. Heart marks are also on her arms and tail.

She has blue eyes and obvious eyelashes, and two fangs stick out from her mouth.

She used to wear a Heart Tee in New Leaf, which complemented her heart marks and pinkness.

In Animal Crossing New Horizons, she’s now wearing a pink Lace Up Dress with colors that go well with her own colors too. Gayle is really all about that pink life!

Gayle’s catchphrase is “snacky” and is probably related to her being an alligator. Gators are known for their snappy and bitey snouts, which can probably munch on you or sink one’s teeth into for a snack.

As a Normal villager, Gayle loves baking, cooking, and picnicking, so those could be a reason for her catchphrase too.

But Gayle is too sweet to take a bite out of you, so don’t be scared! Only cookies and cakes as snacks for this pink gator!

Gayle is a Normal villager, which means she will be really sweet, kind, and understanding to the player and to her neighbors.

Normal villagers are called as such because in old Animal Crossing games, they were the only ones with relatively sane and normal interactions with the player, while other personalities were quite extreme.

If there are other Normal villagers on your island, Gayle will get along well with them and will talk about baking, cooking, or starting a book club.

Lazy villagers might be too laid back or overshare about their bug friends, and Jocks might get overwhelmed with their exercise recommendations, but Gayle will try to be pleasant with them.

Normal villagers like Gayle can seek guidance and advice from other personalities. For example, she might ask Big Sisters about gardening, Peppy for TV shows, or Snooties for confidence boosters. Gayle will always be super thankful for the help!

To match her sweet nature, Gayle has a simple, “cottage in the woods” style for her house. She has a White Thatch Roof, White Clay Exterior for her outer walls, and a Pink Metal Accent Door.

The interior design of her house reflects her sweetness and pinkness. She uses the Pink Quilt Wall as her wallpaper and matched it with Pine Board Flooring to give the whole place a simple and homey feel.

Her furniture is in different shades of pink and white, just like her. She mostly uses items from the Cute Set, like the Cute Bed, Cute Vanity, Cute Sofa, and Cute Tea Table.

She has a pink mug as well, and her Cute Music Player is blasting Bubblegum K.K. all the time.

With characters like Gayle in Animal Crossing, it seems like you can get overloaded with sugar due to their sweetness!

Thanks to the monthly polls from Animal Crossing Portal, we can somewhat gauge Gayle’s popularity online.

Although she is currently just so-so with her popularity, a lot of fans do note that she is a unique villager for being the only Normal alligator.

Her pink and heart-filled character design helps with her notability too!

How to Get Gayle in Animal crossing?

If you’re planning to go island hopping to get Gayle, there are a few things you should know about Mystery Tours first.

When you go on a Mystery Tour to find and meet a villager, the game will roll species first followed by personality. For Gayle, since she’s the only Normal alligator, you’ll immediately get her if your game rolls for alligator and Normal.

For the Campsite method, you up your chances of meeting her if you don’t have a Normal villager or haven’t met her yet. Still, this will take some time because you don’t get a Campsite visitor all the time.

You can always get her via her Amiibo card or invite her from another player. Whichever method you choose to get Gayle, I wish you luck!

What to gift Gayle?

Gayle’s favorite clothing style is Cute, and her favorite colors are pink and white. Keep this in mind when gifting her! Some suggestions are Fleece PJs and Frilly Dress.

Gayle in the DLC

Gayle envisions her vacation home to be on the prairie. Use Nordic Chairs, Green Leaf Piles, and Pergolas to make this a reality.

Gayle is featured in the album K.K. House!

What should I give my Gayle for her birthday ACNH?

Gayle loves clothing in cute styles. She also loves pink and white colors. See our What To Get section for suggestions!

What personality type is Gayle ACNH? 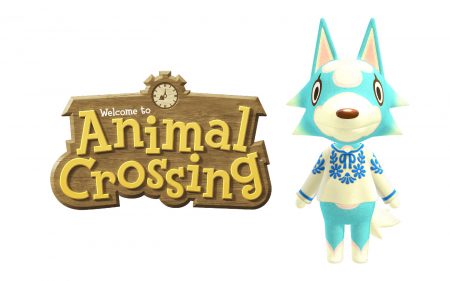 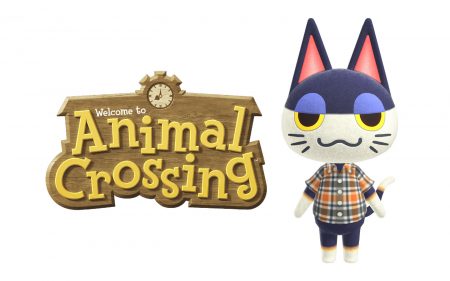 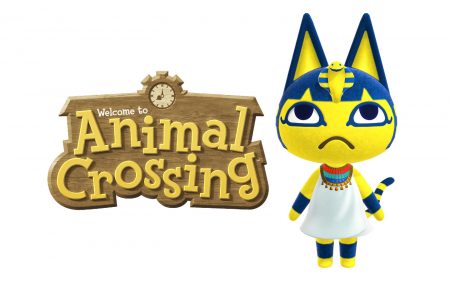