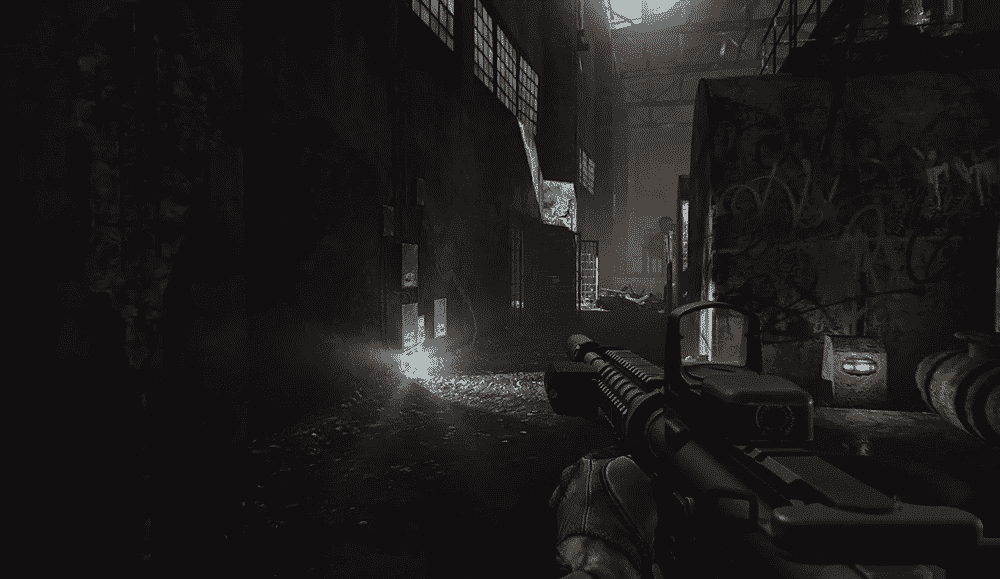 The Factory map might be the smallest map in Escape from Tarkov, but it is also the most dynamic.

It has fast-paced combat in a chaotic enclosed space, requiring not just a good read on your opponent, but also a strong familiarity with the map itself.

Now we know how obscure and realistic Battlestate Games likes to be regarding maps in EFT, however, we also know that whether you’re a new or long-time player a little help can make all the difference.

This is why we’ve put together the ultimate guide for the Factory map in tarkov, so you can start seizing victory.

The Factory map consists of three-floor levels essentially. It has a Ground Floor which contains the Factory Main Hall, the Container Room, Piping Stations, and Fork Lifts.

The major area within the second level is the Factory sanitary region. And finally, the third and final floor has the Office, which is perhaps the most hotly contested area on the Factory map, along with the Breach Room and the Locker Room.

Be on your toes and don’t think for a second that other players will not use the elevation to their advantage, so you should not shy away from it either.

There are three important keys that you need for loot, extractions, and quests within Factory.

This is perhaps the most useful key in the Factory map. It opens up two extra Extracts and opens up a loot room within the Factory.

The first place you can use this key is in Gate 0 which is a safe little extract to have in your back pocket if you have reasons to believe that the main extracts are being camped by PMCs.

You can obtain this key as a reward for the Quest Spa Tour Part 7. The key itself has 50 uses.

Both of these keys have primarily the same function which is to open the Pumping Station. The first key opens the front door and the alternative key opens the side doors.

These keys are essentially useless, as they do not provide access to any major loot on the Factory map. You can, however, purchase these keys from the Flea Market.

This is because you can choke due to the narrow hallway in this area which often beckons other PMCs to engage you in combat once you try to move towards the central structure of the Factory.

Also, around the corner to your left, as you’re coming out of the Forklift spawn door, you can have several people camping with their aim engaged towards your location.

Be extra careful then whilst traversing this section. Some of the other spawn locations include:

All Extractions Within the Factory Map

This is a shared extract for both PMCs and Scavs. However, Scavs can only go through this extract if PMCs already have. This extract requires the usage of the Factory Emergency Exit Key.

This is located in the hallway with a red blinking light and can only be used by Scavs.

Go to the third floor of the map, move to the left of the large hole that allows you to see to the south side of the map.

Enter either one of the two doors that open into the same room. The windows in this room can thus be used as the extract. This extract is also Scav only.

Everyone has access to this extract including PMCs and Scavs, and thus is almost always Extract camped by other players. Keep this in mind as you try to approach this extract.

You can reach this extract by entering either the big red door near the tank and moving down the hall or by entering through the smaller door on the left.

Either way, you need to go down the stairs to a red grated door. This extract requires the use of the Factory map’s Emergency Exit Key.

There is quite a bit of detail that should not be glossed over when going through Factory, specifically the various available loot in each spot.

This is also regarded as the PvE room. It is one of the main hangars inside the Factory and is located just below the Factory’s Sanitary Area and the Office Area.

You can find the following: weapon crates, 3M armor spawns near the Blue containers.

This area is sandwiched between the Containers and the Generator area of the Factory’s Ground level.

It has some highly valuable loot in terms of the Armour that is available here as well as various jackets and weapon crates.

Upon reaching the third floor of the Factory you immediately find the Office which can be entered through the First door on the left.

It contains a Safe, two Jackets, Twi File Cabinets, and an Armour spawn.

Found on the third floor, second door on the left. Contains mainly ammunition.

Third floor, third door on the left. This room has a tremendous weapon spawn shelf, car batteries, jackets, and a 3% chance to spawn the Dorm Room 204 key.

This area can be found on the second floor and is right above the Container Room and directly below the Office room.

This area can be found on the Factory’s ground level. It is quite easily accessible through the Generators Room which is found at the North-Eastern end.

It contains two lootable jackets and the Key to the Utility Room of the Power Substation.

This location can be found by seeking the locked shacks close to the Generators on the Ground Floor.  Chemical/Industrial loot can be found here like Gas analyzers and Bleach.

This is located below the Office Area and is close to the Factory’s Main Hall. You can find several Weapon Boxes in this location. But it is a very bad idea to approach it without cover.

Tagilla, the Factory’s main boss should be expected anywhere and everywhere inside the facility.

He can either be wearing the “Ubey” or “Gorilla” welding mask. Along with the Crye Precision AVS MBAV Armoured chest rig and uses the Dead Blow Hammer as his Melee weapon.

Our advice is that he likes to follow you around, so kite him and pump him full of RIP Ammo with an MP9 to shred him to pieces.