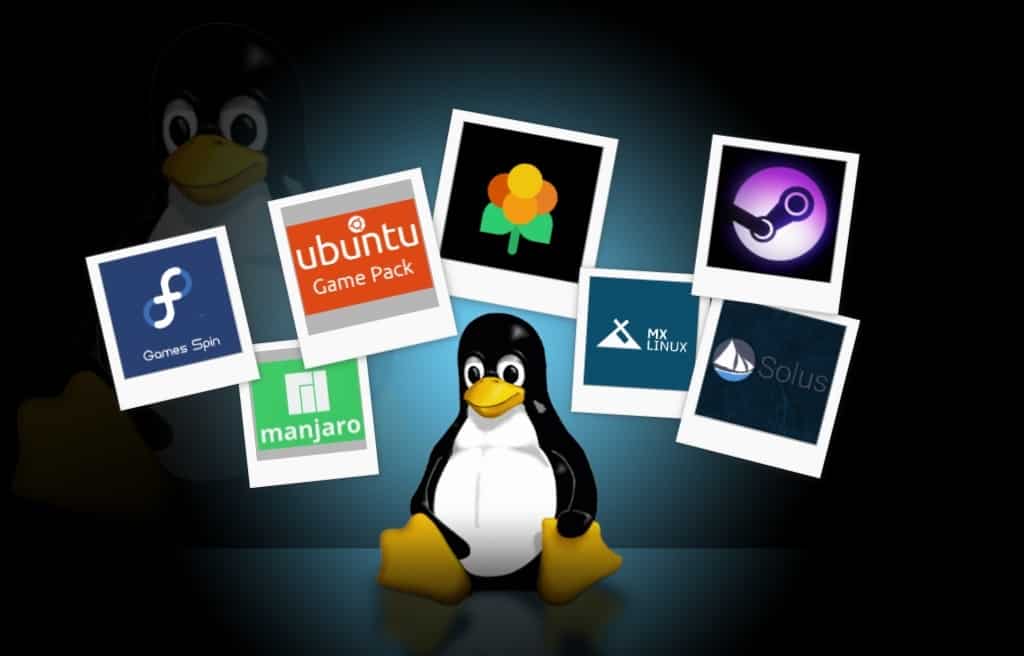 Unlike Windows 10 and Mac OS, it’s not easy to choose the best flavor for Linux. For beginners, it’s quite intimidating to choose among the variety of distro available in the market.

Being an open-source operating system, Linux has a large community base that works extensively to provide the best possible set of customizations/distros.

Technically any Linux distro can be used for gaming. But some distros are precisely developed for gaming on Linux. These distros can be up and running with a few steps: installing the OS, installing Steam or Lucas and you are ready to play. So, the onus is on you to make a proper choice!

How to Choose a Linux Distro?

There are lots of Linux Distro’s out there, these are mostly open-sourced with a few exceptions. Before selecting a Linux distro, you should weigh in your requirements and experience in handling computer or Linux based operating systems.

Using a Linux gaming distro will be easier if you have some experience in handling Linux before. But even for new users, a new distro should be weighed in terms of your prior knowledge about Linux, the hardware system you have, and the purpose of using Linux distro, i.e. – for gaming, console gaming, retro gaming. Here is a detailed insight!

How you want to use your gaming PC with Linux is the major determinant of choosing a Linux distro. With Linux, you do get a much more responsive OS, less bulky, and easier to customize than the others. But a base Linux can handle a lot less operations compared to Windows or Mac PC.

So, first things first, decide on whether you will be running just the game on your desktop or a desktop gaming server, like a Minecraft server or some other RPG server.

If you intend to use Linux only for desktop gaming, you need to look for Linux distros that are frequently updated, user-friendly, and support fundamental apps like Steam. You can find among the best Linux games on Steam quite easily!

Know that Linux distros vary on the degree of user-friendliness and customizability, the latter is proportional to the expertise of a user.

Linux distros like Ubuntu are user-friendly but will not provide much room to customize or personalize it. With Linux, you have a much more open-ended OS which you can necessarily tweak, from the inside, like Gentoo. Now, although this will require a certain amount of expertise, even Linux pros prefer having at least one easy-to-use Linux setup running in their setup!

Linux is constantly a work in progress. Know that not all Linux distros can emulate Windows programs like Solus, and that Ubuntu can best support AMD instead of NVIDIA graphics cards. Updated cycles stand for how often a Linux distro will be updated to support commonly used software including hardware drivers.

Although higher update cycles do not guarantee that a distro will start supporting a new school of software, it does show that the distro will better support future installations of an already software school. So, if the likes of Solus and Robolinux are already supporting Windows apps, high update cycles to these distros will show that they will better support current or new Windows apps later.

Either way, you should only consider a few Linux OS for gaming. Here are the best of them!

Solus is an elegant all-rounder Linux distro that comes with plenty of pre-installed software to get you up and running quickly. It also offers a Linux Steam Integration built-in. This feature reduces the Steam runtime, letting Steam work with the libraries already in your system. It increases both game stability and performance, two of the most important considerations while choosing the best Linux distro for gaming, just why this is our first choice!

You will get substantial framerate across many games as compared to a typical distro. Take advantage of Valve’s Proton to run Windows-based games on Linux.

Solus is one of the best Linux OS for Windows apps as well.

You can download and use Proton alternatives from here

Ubuntu GamePack is more of a package gaming distro. Ubuntu game pack developers claim this distro will provide guaranteed support to almost any game title natively developed for MS-DOS and Windows while maintaining native design elements specifically while on Linux.

Manjaro has no automatic updates, i.e. – you will have to download and update it yourself. The main highlight of using Manjaro is that it comes pre-installed with Steam. It never requires a force restart of the system unless you update the kernel. Moreover, every modification and customization in this OS is completed with just one click. Manjaro is also rated as one of the most secure Linus distros around.

SteamOS is an officially released Debian-Linux based operating system. It was launched with the intention of allowing users to play on Linux with ease. It provides a console-like gaming experience without having to use a mouse or keyboard. SteamOS is specifically developed to play games on Linux OS.

SteamOS does not have many functions and features, it does not even have an image viewer or file manager. But you can download and install software using the GNOME desktop environment. SteamOS developer Valve is in talks with Netflix to add streaming features to this operating system.

Most of the operating system is based on open source except the actual Steam client. The latest version of SteamOS Brewmaster release 2.195 was launched on 18th July 2019. Developers are currently working on SteamOS 3.0 which is supposed to be released soon.

Lakka is a lightweight Linux based distribution developed with the intention of transforming your computer into a console, to be precise, a retro-gaming console. The development of Lakka unwraps as a community-driven project.

This operating system is built on top of the RetroArch emulator. It can be used over Raspberry pi 3 and even by a USB. The USB support provides users with the option of operating Lakka OS directly on the computer without the need for installation.

Lakka comes with support for a lot of gaming consoles, the original PlayStation, Nintendo DS, Nintendo 64, Game Body, and Atari 2600. For higher safety, you should only use the hardware listed on the company’s website. Definitely one of the best Linux distros of gaming, especially arcade or retro titles.

Originally launched in 2003, despite its unique name this distro is way older than others. Developers provide new updates on this OS every six-month. Even with frequent upgrades, support for older versions is stopped in 13 months. The users can upgrade without having to install the latest version.

Fedora makes use of the RPM package management system. On the security front, Fedora uses security-enhanced Linux by default. It focuses on mandatory access control to constrain the ability of users to perform actions or of third-party apps.

Using the XFCE environment makes this distro easy to use. Fedora comes installed with LibreOffice and Firefox. Any additional software can be downloaded from GNOME software.

Based on the Debian, MX Linux is the most powerful Linux operating system today. It was released on 24th March 2014, by a joint venture between the antiX and MEPIS communities. With its latest release in June 2020, MX Linux has become simple to use especially for beginners.

The fusion of Debian with XFCE 4.14, delivers a performance-driven experience. The MX tools control panel was created exclusively for MX, allowing much better control of this operating system.

The best part of MX is the pre-installed drivers for both AMD integrated graphics and Intel HD graphics. Even installing Nvidia drivers is easy. These combined features make MX one of the best Linux OS for gaming.

Why Should You Choose Linux Over Other Operating Systems Available Out There?

Now players can enjoy Steam games on Linux using Valve’s proton. The number of games supporting Linux operating systems is growing by the day. Even NVIDIA is focusing on rolling out Linux drivers just as it does for Windows.

There are a lot of different distros available which support gaming without you having to break a sweat. Each of these distros has features unique to them, some distros are more elegant while some are more customizable. Even Google’s game streaming service Stadia relies on Linux using Vulkan.

Do I Have To Learn Linux Programming From Scratch For Any Distro?

If you want a more Windows-like experience you can choose any of the desktop environments such as KDE, LXQt, XFC. Deepin. Distros like Pantheon, Budgie offer a Mac-like desktop experience.

Is Ubuntu Good For Gaming?

Yes, and No. Ubuntu has the advantage of being a popular distro which paints it as a good gaming distro. The problem in using Ubuntu for gaming is that it supports the older versions of all software. This makes it complicated to set the most suitable Ubuntu gaming setup. But with a little expertise, community support can help install these games.

Linux can be your first choice simply because it is lighter than Windows and runs faster. However, it is open-source and you will need at least some form of software support to run a Linux system, especially if it is the first time. It is generally advised to not be a newbie at Linux and try to run your favorite games on it. Also, you may not be able to run the best games in 2022 on Linux right now unless it is available on Steam or someone has generously developed software to do just that. But, if you do have a Linux running and some exp on it, these are the best Linux distros for gaming!