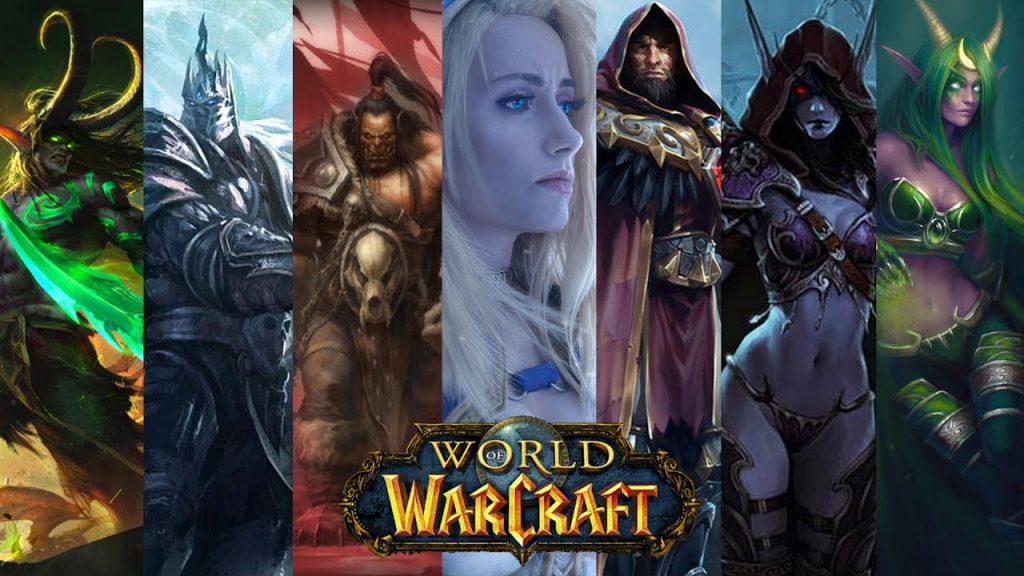 World of Warcraft has been around in some form or another since way back in 2004. It’s scary to think it’s been around for nearly 20 years! Still, here we are with a WoW leveling guide.

WoW has changed a lot since its early days as it had to fend off multiple contenders for its crown as top MMO.

One of the areas that have seen the most changes is leveling.

How you level up your characters has changed drastically since 2004.

For the most part, it’s been improved, especially with the latest leveling changes introduced with 2020’s Shadowland’s expansion.

If you’re coming back from a long WoW hiatus you may decide that you want to start from scratch with a new character.

If so, you’ll probably find that your old leveling strategies are outdated and no longer work.

WoW is an old game with a lot of legacy content, and it can be hard to know what content is worth the time investment when you’re trying to speed to the WoW level cap.

This WoW speed leveling guide should help you reach that Cp as soon as possible.

How To Level Fast In World of Warcraft

Let’s start by explaining exactly what’s changed in WoW with the addition of Shadowlands.

The biggest change is probably the change to the WoW max level. It used to be 120 but has been brought way down to 60.

As WoW has gotten older the devs had to keep increasing the WoW level cap so that veteran players kept having something to strive for.

This was all well and good, but it meant newer players had to invest huge amounts of time to catch up.

This new lower WoW level cap means you’ll be able to catch up much quicker.

All in all, leveling, in Shadowlands, is much less of a drag than it used to be.

It now takes roughly half the time it used to reach the WoW level cap.

So, you’re jumping in at level 1 with a brand-new character or level 10 with an allied race character.

If you’re 100% new to the game with no older characters you’ll be sent by default to Exile’s Reach.

If you have other characters you’ll be given a choice between Exile’s reach and the traditional starting area for your chosen race.

Exile’s Reach should be your first stop either way.

The island is packed with interesting things to do that all reward XP whilst teaching the ropes of the game.

The area also gives you a speed boost which is great for running around and getting things done as quickly as possible.

Perhaps most importantly Exile’s Reach is an interesting area, so you won’t be bored while you speed those first 10 levels.

So, speeding from 1-10 is pretty easy. Just pick Exile’s Reach and WoW will spoon feed you XP.

Level 10 is where you need to start making the decisions.

First things first at level 10 mounts open up to you.

The WoW fastest way to travel is 100% mounts.

You should make it an absolute priority to visit a riding trainer to learn the Riding skill.

Having a mount means you travel around much faster.

Obviously, the faster you’re moving around, the more XP you can gather as you cut down on downtime between quests, etc.

Cutting down on travel time is the fastest way to level in Shadowlands.

The quickest and cheapest mounts to get are your racial mounts bought from your Factions vendors.

At level 20 you should immediately get Journeyman riding which allows you to ride ground mounts at 100% speed.

Finally at level 40 Master riding will allow you to zoom around on flying mounts at 280%.

We would also recommend using Zygor guides if you want to level up fast.

At Level 10 you’ll be given the starting quests for the Battle of Azeroth.

Newbies should consider just sticking with these.

They lead to Kul Tiras and Zandalar which are decent places to level and will teach you everything you need to know before going into Shadowlands at level 50.

Battle of Azeroth also has some of the most interesting content and most modern quest design.

This means for newbies it’s probably the most fun way to get to level 50.

But if you’re looking to level quickly Battle of Azeroth isn’t necessarily the best option.

Chromie is an NPC who allows players to choose any previous expansion they like to level between 10-50.

At level 10 you’re going to be moving around either on foot or with a pretty slow mount.

So, we need to use Chromie to prioritize areas that have the highest quest density (most quests in the smallest area).

Warlords of Draenor and Legion are probably the top two for speed leveling.

Warlords of Draenor is possibly slightly better for leveling as each has bonus objectives.

These bonus objectives give you huge XP dumps for a relatively short time commitment.

Legion on the other hand is probably the more enjoyable expansion to play through with a better story and zone design.

Check out the Wowpedia page for some great Wow legion tips.

As mentioned earlier, the Battle for Azeroth isn’t bad either. It’s the most beginner-friendly with the most modern mechanics and still features decent quest density.

If you’re in less of a rush or start to feel a little burned out from speed leveling then check out Wrath of the Lich King and Mists of Pandaria.

Wrath of the Lich King is a little slow for leveling but has a great story.

Mists of Pandaria on the other hand has a much more leisurely and laid-back pace which can be a nice change if you’re starting to suffer from speed leveling fatigue.

Gaming is meant to be fun people!

With that said if you’re focused on leveling you can skip Cataclysm and Burning Crusade.

They also feature terrible quest density. You’ll be spending more time running around than you will be gaining XP, which is never ideal.

On average, picking either of these two will probably slow down your leveling by up to 50%.

Whichever WoW expansion you choose to level in you should be concentrating on completing quests as your first order of business.

However, you should also complete each dungeon at least once.

Many dungeons have quests inside them.

Completing a dungeon and its quests can easily net you 2-3 levels. Making them excellent WoW leveling dungeons.

Once these quests are completed however they can’t be done again so you’ll probably never visit the dungeon again.

Unless you have a good group of players to party-sync with, leveling exclusively through dungeons is a huge pain.

Quests can be ridiculously long if you’re not a tank or a healer.

Also, some expansions are better than others.

Warlords, Legion and Battle for Azeroth also feature dungeons that are terrible for leveling as they have no quests within.

Focus on using dungeons as a way to supplement your leveling through quests.

Alone or with friends?

You take a 50% XP hit for each mob you hit but you’ll be pulling in way more enemies and killing them much more efficiently.

Killing X4 as many enemies at 50%XP= double XP still.

You can use party sync to group up with other players for quests and raids.

In the case of raids, if you sync in a player who hasn’t done a raid before you can redo its quest for extra XP.

Keep syncing in new players and you can rapidly level through farming raids with good XP rewards.

This is also an MMO so playing with others tends to be way more fun than playing alone.

Also, if you group up, try to make sure your party has a tank and a healer.

These make life much easier, and they can distract mobs while the rest of your party focuses on quest objectives.

Little to no Difference

Enabling it grants you a 10%- 30%(if your alliance is underrepresented) bonus to XP from quests and ganking mobs.

This sounds great but can be quickly canceled out if you’re consistently being taken out by enemy players.

We advise switching it on but switch it off if you’re spending a lot of time getting picked off by high-level players.

Generally speaking, the class which best suits your playstyle is the best class for leveling.

If you check out this leaderboard which lists the quickest players to reach the new level 60 cap you’ll find most classes are well represented.

Ranged classes that can deal heavy AOE damage to many Mobs and classes with good mobility specs have a natural advantage in leveling.

However, since WoW is pretty well balanced at this point, focus on classes you enjoy playing and this tends to lead to better play efficiency.

Character class shouldn’t be a huge concern when thinking about how to level up fast WoW.

So that’s it for our WoW leveling guide. Expert players have spent years finding the fastest routes to the WoW max level and the truth is you’ll probably never be able to match them.

However, these tips should help shave a few extra hours off of your leveling time! Remember, choosing expansions with high quest density and playing with friends is the fastest way to level in Shadowlands!

Which timeline is best for leveling WoW?

One of the cool additions from Shadowlands is the ability to travel between timelines (expansions) using Chromie.

– The Warlords of Draenor timeline has excellent quest density. Each zone also features one-time bonus objectives that are reasonably quick to complete and rewards oodles of XP.

– Legion also has great quest density which cuts down on the amount of time you spend running around. It’s also more fun to play than Warlords of Draenor.

– Battle of Azeroth isn’t quite so good for leveling but is a little more beginner-friendly. Consider it if you’re new to WoW.

What is the fastest leveling class in WoW?

The class you’re best at playing is the fastest leveling class. WoW is balanced pretty well.

However, some classes do have innate leveling advantages.

Druids– Great at pulling in loads of mobs at once. No cast time of Flight Form which is great for mobility at later levels.

Mages– Great for crowd control and DPS. The more you kill the more XP you get.

Demon Hunters– Best mobility of any class,  good AOE damage, and tough to take down.

Hunters– Using pets allows you to pull in lots of mobs at once. You can handle group quest enemies on your lonesome with your animal friends

What is the best class to solo in WoW?

For solo, you want either a higher DPS character with good mobility or a tank with high survivability.

Protection Paladin – This is a great tank for solo. You might have great DPS but Shield of the Righteous will keep you protected whilst Word of Glory keeps your head topped up. Both these skills make it much easier to stay alive whilst soloing. Also has great AOE damage for a tank.

Beast Mastery Hunter – Great for players who want high DPS on the go. This is the only class that can deal all its damage while dodging around a fight. Worried about survivability? Your pets will tank most damage for you while you focus on dishing it out.
Share. Facebook Twitter Pinterest LinkedIn WhatsApp Reddit 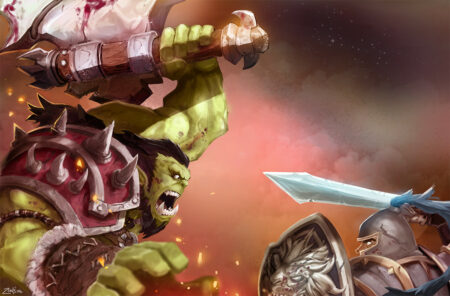 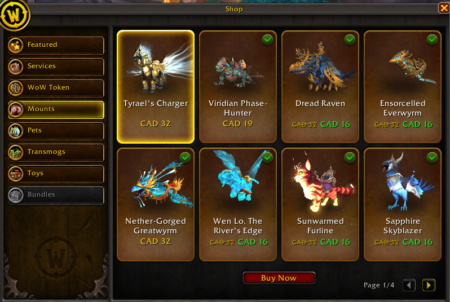 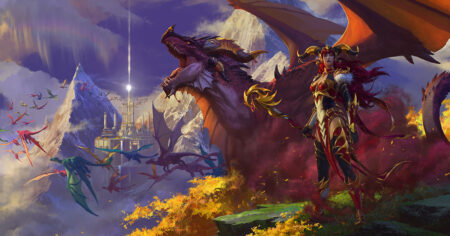 World of Warcraft: Dragonflight Season 1 Commences — Here’s What You Need to Know

WoW Expansions in Order: From the Old to the New 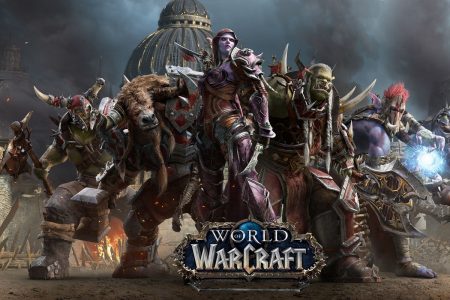 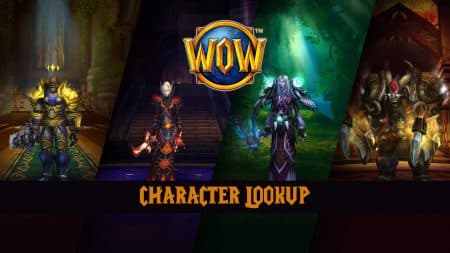