The Witcher 3 is almost six years old, and it’s still as popular as ever.

Do you want to crush your foes with brute strength?

Dominate them through magic?

Or use your brains and use alchemical to its fullest?

Well, thankfully, your fellow internet nerds have you covered, and hard-core players have spent the last few years tinkering to create the ultimate Witcher 3 builds.

We’ve curated some of the best and gathered them here for you.

So, whether you’re a first-time player, a returning player, or a veteran having a go at Death March difficulty, we’ve got you covered with the best Witcher 3 builds.

How to Choose the Best Witcher 3 Build?

The Witcher 3 can be a daunting game.  There are so many decisions to be made that it can be a little overwhelming.

You might find yourself overthinking things. One aspect of the game that is very easy to overthink is which character builds to choose.

Every time you level up, you might find yourself freezing, torn between different skills and builds.

The Witcher 3 is not an especially difficult game when it comes to combat. On my first playthrough, I gave very little thought to my character build.

I played the game on normal difficulty and essentially brute-forced my way through the game.

I focused mainly on physical combat, played around with signs, and barely used alchemy.

My Geralt was still a total badass.

On my subsequent playthroughs, I’ve given more thought to builds.

When choosing a character build you need to think about what play style you prefer.

There’s no point choosing a build that is totally kickass if you’re going to be bored playing it for the next 100+ hours.

Furthermore, you can respec Geralt at any time, as long as the coin is with you.

We advise you to play around with different playstyles for a while before locking yourself down.

In this guide, we’ve focused primarily on the OP late-game builds ideal for Death March and New Game +.

The builds on this list cater to late game/ New Game + characters.

But obviously, you need to survive long enough to reach those lofty heights.

Personally, I suggest experimenting as much as you can in the early game.

However, if you’re struggling it’s hard to go wrong with this build.

This build focuses on fast attacks which are great all-around and less limited than heavy.

Most of your skill points will go into the combat tree while grabbing cat school techniques for the damage bonuses when wearing light armor, one of the best armor sets in Witcher 3.

Also, make sure to grab the Gourmet skill for improved survivability.

Later on, you can leave this build behind and begin to specialize.

You’ll find that most build guides begin with the Euphoria build, and for good reason.

The Euphoria build is often seen as the strongest Witcher 3 build.

There are variations on this build, but they always focus on a blend of physical attacks augmented with alchemy skills that produce high survivability and crazy high damage numbers.

The build takes its name from the Euphoria skill.

Essentially, the higher your toxicity level gets, the stronger your physical attacks and signs get.

Your skills will be split between alchemy and swords.

The top of your tree will be focused on swordplay skills, allowing a mix of quick and heavy attacks, and with mutagen synergies, you should be looking at +60% attack power.

The bottom half throws in alchemy skills that allow you to keep knocking back decoctions and potions to keep your toxicity level high.

To get the most out of this build you’re going to need to be at around level 40 so it’s going to be a late game until you get the full effect.

However, if you’re the type of player who likes to mix/max their builds then Euphoria is hard to beat.

You’re just going to be spending a lot of time refiling your potions as this is a Witcher 3 alchemy combat build that focuses on downing as many potions as possible.

This is my personal favorite and is probably the most similar to how my first Geralt ended up looking.

It’s a glass cannon build that focuses on evasion and heavy-hitting attacks at the cost of health and defense.

This is the best build for Witcher 3 if you’re a skilled player who likes combat up close and personal.

If you choose this build, you’ll be dodging and using Quen a lot.

Pretty much every skill here is from the combat tree.

The only deviation from the combat tree you’ll have to make is a little foray into alchemy to pick up the Synergy skill.

However, what makes or breaks this build is the outrageous Bloodbath mutation.

Get good at avoiding damage and this build turns you into an absolute beast.

Ok, so maybe the Aggro build above isn’t for everyone.

If you’re new to the Witcher or not well versed in action games you should probably go for a more balanced build.

This build plays especially well with the Ursine bear armor, hence the name.

This build is all about maxing your survivability (at high levels, it becomes almost impossible to die) whilst ensuring Geralt is still dishing out enough damage.

This build mixes and matches from all three skill trees.

A focus on Quen will give you a nice health boost.

Some combat skills thrown in make sure you still hit reasonably hard.

Topping it all off is the Second Life mutation. A mutation, so OP I’m not sure how it got left in the game. When you die you become temporarily invincible and your vitality regenerates back to full.

It can be used every 3 minutes!

You have to suck pretty hard to die every 3 minutes in the Witcher 3, but now you can.

This might be the best build Witcher 3 for survivability but it makes heavy compromises to damage output so keep that in mind.

This is perhaps my least favorite of the high-end Witcher 3 builds, but is probably the best sign build Witcher 3.

Not because there’s anything wrong with it (it kicks butt) but because it caters to a very specific playstyle.

This build is all about using signs and maximizing sign intensity.

Reddit user “Sujirene” created the build, which can be found here.

The version on this page has been rejigged, however.

Now the signs are a little less OP than with Sujiren’s original build, but survivability has been increased.

My problem with this build is whilst it’s still OP, I’m not a huge fan of overusing signs.

Signs feel like a tool Wİtcher’s use to supplement their other skills, not something to be focused on.

Focusing on signs is far more limited than combat build with signs thrown in.

Ok, so it’s time to contradict myself.

I’m not a great fan of builds that focus heavily on sign usage, with one exception.

This build is an absolute blast to play and would be my pick for the best sign build Witcher 3.

The whole build is built around the Piercing cold mutation which allows you to freeze and occasionally insta-kill enemies.

The build focuses on running around casting Aard as much as you can and then stabbing things with the pointy end of your sword.

Survivability with his build can be low, so you’ll need to get good at dodging.

If this is a problem, pick up Active Shield as soon as you can for a survivability boost.

Our final top-tier build is a mix of both the euphoria build and Cowardly Bear build.

It’s another tank build but this time using the deadly Euphoria mutation.

Start by focusing on strong attack skills as well as the Bear School skills.

Once this is done, start focusing on alchemy.

The idea here is to be able to tank damage as much as possible whilst still being able to give as good as you get.

The build is ideal for Death March difficulty where doling out damage has to take a backseat to survivability.

Personally, I prefer this tank build to the earlier cowardly bear build as this Tank utilizes the OP Euphoria skill. This allows you to dish out far more damage at the expense of the invulnerability offered by Second Life.

8. Make Your Own Build

Oftentimes the best build is the one you make yourself.

It’s always a good idea to take a look at builds like the ones above for inspiration and then start experimenting yourself.

Nothing is permanent! If you make a mistake or something isn’t working for you, you can always reset your skills.

All you need to do is buy a Potion of Clearance for 1000 gold and you can start from scratch. Availability is scarce but they can be picked up from Keira Metz after Magic Lamp from a merchant in Hierarch Square in Novigrad.

The best builds always focus on one or maybe 2 areas.

Trying to mix and match from all three areas can leave you weak in all three. Learn from your playstyle and focus on the areas you enjoy. For me, this is normally a swordplay-focused Geralt with some signs thrown in.

Don’t get too set in your ways. This is key.

Skills like Strong Back and Delusion are incredibly situational. Only use Strong Back when you’re over-encumbered and only use Delusion when you know you’re about to walk into an important conversation. Likewise, if you’re not having issues with survivability then swap in some dame focus or utility skills.

Some Skills are always keepers. Any build should always make use of one of the witchers schools. Likewise Acquired Tolerance is vital if you plan on using potions at all.

If you’re feeling especially experimental you can use cheats to give yourself everything you need to play around with builds via console commands.

At the end of the day, there are hundreds of different options floating around out there when it comes to Witcher 3 builds.

Play around and find your preferred playstyle, then choose a build that matches that style.

Most builds don’t really get going until you’re level 30+ and reach the DLC so you have dozens of hours to get into a groove before you have to commit to a build.

And even then a new build is only a Potion of Clearance away! 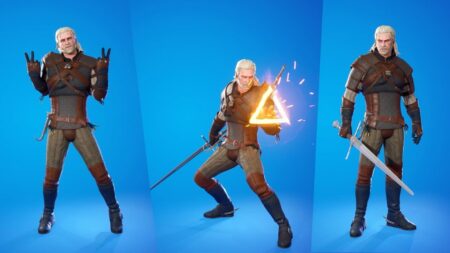 Fortnite Adds Geralt From The Witcher 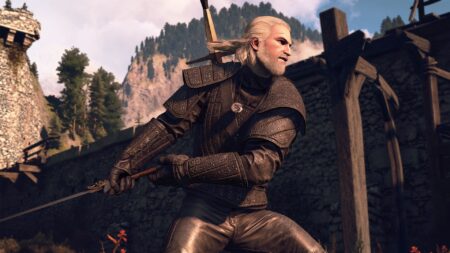 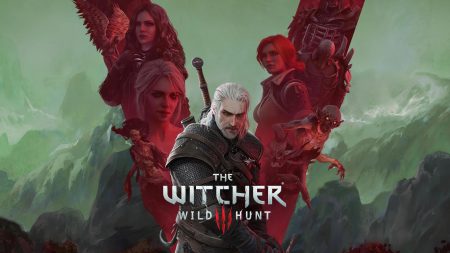