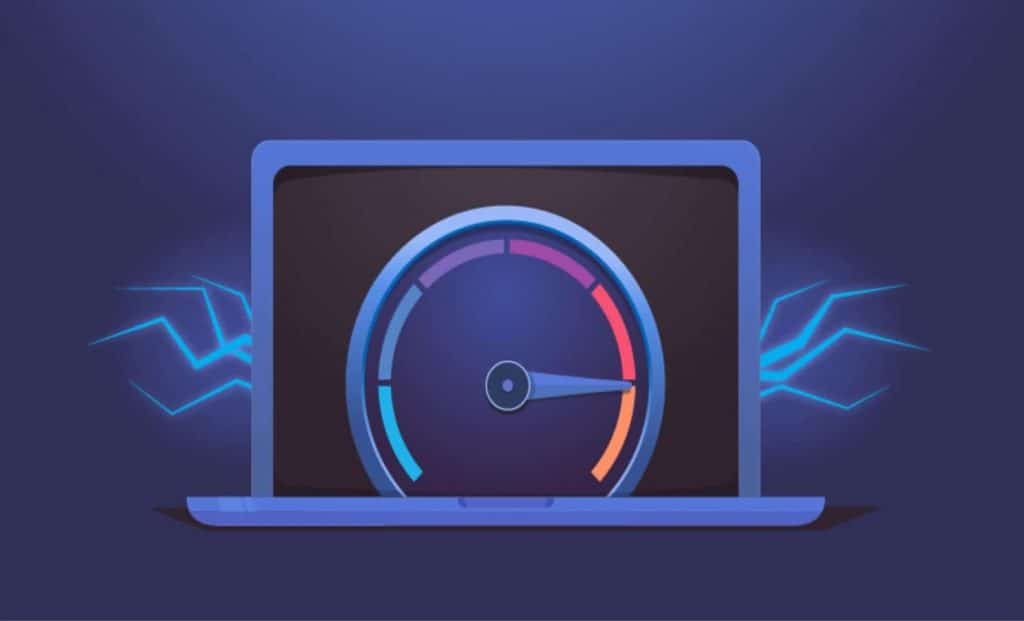 Upload speeds are nearly just as important as download speeds today. Do you know what your network provided can deliver when it comes to uploading speeds?

In reality, they do not share any detailed data regarding upload and download speed. At best, you can get an accurate range of bandwidth on offer. It is up to the user to test the internet download speeds, upload speeds, and network ping.

Users mostly used the internet for downloading purposes and were more concerned with faster downloads.

Since the launch of several social networking and streaming sites, there has been a massive uproar in the number of people uploading content.

So, what should be considered a good upload speed for streaming?

Bitrate is measured in terms of Kbps; 1000 Kbps is equivalent to 1Mbps.

What is Upload Speed?

Know that your internet service provider offers you a bandwidth that doesn’t necessarily convert to actual speed.

This bandwidth consists of downstream data and upstream data, also known as upload and download speeds.

Symmetric Internet speeds refer to plans that have equal upload and download speeds. Such connections are more expensive as compared to asymmetric connections.

That’s because data can travel faster as optical as compared to copper.

Moreover, as people started using the internet equally to upload and download, Internet service providers have begun to offer asymmetric connections by default.

Despite downloading being more common, online activities require the data to flow from the user to the network.

Upload speed is referred to the rate of data transfer from the user’s computer to the internet.

You can use Ookla to verify the actual speed of your internet/network connection and identify your available upload speed for streaming.

What Factors Affect the Upload Speed while Streaming?

Internet speeds can limit your potential to interact and engage with your users while streaming, which is the most vital aspect of streaming.

It’s a great experience to play online games without facing any issues. But the upload speeds don’t always remain consistent.

Fluctuating upload speeds can severely affect your overall gaming experience, even worse if you are streaming live while gaming online.

Know that broadband networks are interconnected across the world and that several factors can lead to slower speeds.

First and foremost, your hardware specifications. All internet networks work on MODEM technology.

Your broadband data is routed through the modem. Sometimes people use a router to transmit that broadband network for multiple and wireless internet access.

As such, the data can be shared simultaneously through the Wi-Fi network along with LAN cables.

The capacity of routers and their transmission antennas significantly impacts your internet download and upload speeds.

Even if you upgrade your plans, your router might be the bottleneck to faster upload speeds and cause a hindrance in your seamless experience.

Bandwidth is the most common factor affecting your entire internet speed. Most internet connections are asymmetric, and these networks are offered for the sole purpose of browsing, surfing, and downloading content from the internet.

In such plans, the overall download speeds are ten times higher than upload speeds.

When using your asymmetric internet bandwidth, you will notice stuttering and pixelation. It is because of this lower upload speed.

No matter which website you use for streaming, latency can always creep in.

What is Latency? Latency is the time taken by a packet of data to reach the intended user from your network.

For live streaming, latency works on both fronts, at the streamer, and the viewer end. It is recommended to have a latency of lesser than 100 milliseconds for online gaming and live to stream.

If you are using a Broadband or Digital Subscriber Line-based internet connection, the chances are that your latency is too high.

Higher latency can completely disrupt your stream as viewers will be witnessing pixelation and frame freeze.

Hence, we recommend you use an optical fiber-based internet service for the lowest latency.

While we can efficiently resolve hardware, bandwidth, and server latency issues, tracking a file duplicating malware is impossible without using good anti-malware software.

Malware can download itself on your personal computer or laptop while accessing unsolicited or potentially dangerous websites with weird domain names and websites with no HTTPS or encrypted access.

After downloading on to your system, they tend to send your data to another server, which won’t be reported on your system speed.

But it will consume your already lower internet upload speed and affect your overall streaming experience.

Upload Speed and Streaming Resolution: How Are They Related?

Streaming resolutions are not the only factor that decides the required upload speed. Instead, the type of streaming has a significant impact as well.

For example, you are going for a just live streaming session with your followers. Such videos are non-vibrant, with significantly fewer moving objects, instead have a static background with lesser details.

In such live streams, the required upload speed will be relatively lower than live game streaming.

To avoid pixelation and screen freeze, you should target above 30 frames per second. A screen resolution of 1080p will require a higher bitrate as compared to a 720p video.

On top of that, the number of frames increases with higher resolutions. These video formats support 30 and 60 frames per second. You must be curious about the recommended upload speed for streaming.

How much upload speed is needed for streaming?

The trinity of live streaming service providers, Twitch, Facebook Live, and YouTube, have their advantages and limitations.

Live streaming on Facebook will ensure the largest target audience. On the other hand, YouTube has been offering up to 4K live streaming, which is the highest possible resolution among all three streaming websites.

However, Twitch is known as a haven for game streamers, and one can quickly locate their favorite games over Twitch.

Since all these websites have their video encoding software, the bitrate required for streaming is also different.

We have mentioned the necessary Twitch upload speed, along with other platforms. In this section, we have covered both the minimum upload speed and recommended upload speed for streaming.

Twitch, you have multiple streaming resolutions to choose from. Click here to learn more about twitch broadcasting guidelines.

Being the oldest video platform among the three, it has the best encoding system and can work with lesser upload speeds as compared to the other two.

The below-mentioned chart covers all the resolutions and required internet speed for live streaming YouTube. Click here to learn about different audio and video recommendations given by YouTube for live streaming.

Facebook Live is the youngest among the trinity of live streaming. It is currently beta testing its 1080p live streaming with selected accounts.

Facebook only permits 720p live streaming at 30 frames per second with an allowed bit rate of less than 4000. Facebook also recommends an audio bit rate of 96 to 128 Kbps. Check here for more details.

How do I Boost my Network Speed?

Live streaming is a genre that requires a higher bitrate and better upload speeds. Sometimes, despite having a higher bandwidth connection and internet speed, you might experience issues while live streaming.

These days, a live streamer’s most asked question is how to increase my upload speed for streaming. Here are some easy hacks and tips to help you increase upload speeds, viz. –

A Wi-Fi signal offers an advantage over multi-user access and remote access. But at the same time, it is difficult to control the number of connected devices if your password is shared.

Your router broadcasts these signals at different frequency bands, namely the 2.4 and 5 GHz bands.

The 2.4 GHz frequency band is used in many wireless devices such as mobile devices, car alarms, Bluetooth devices, Microwave ovens, and a lot of other devices because of its higher range. It causes a lot of interference, ultimately affecting the speed you can access.

The 5 GHz band, on the other hand, is theoretically capable of transmitting over 3000 Mbps (depending upon the router).

The 5 GHz band, despite its higher speed, works only in a clear line of sight and has a shorter range. The 5 GHz also faces difficulty in penetrating solid objects.

Hence, we recommend placing your router at a height and with a clear line of sight with the primary PC/laptop minus obstructions.

Technically using the 5 GHz frequency band is a better option but follows the guidelines mentioned above.

The first and foremost step is to get rid of the wireless network and adapt to wired LAN connections.

All routers and broadbands offer multiple LAN ports, so irrespective of the router location, you will be able to access higher internet speeds.

Wired internet connections provide higher stability because of no interference in the transfer media. You will be able to stream better-quality videos.

Most of the streamers have friends on Facebook, viewers on Twitch, and wish to extend their range to YouTube.

As such, it becomes impossible to maintain a decent video quality on all the platforms simultaneously.

The best way to deal with this issue is by using a streaming service. While these services are not available for free, you will be able to connect to a larger audience with ease.

Updating your hardware and software is necessary to keep you updated with the latest developments and enjoy the best performance.

Drivers are software that guides the hardware on interacting with the operating system of your computer.

Hence, updating your network driver or Wireless driver, or LAN driver is necessary to ensure there is no hindrance on your device. Updating your driver provides a seamless experience.

As a live streamer, your quality of content streamed directly depends upon the internet speeds, particularly the upload speeds you have access to.

While there are many ifs and buts for the best upload speeds needed for live streaming, we have covered all the significant aspects that can impact your upload speeds.

The best way to cover all your issues related to living streaming should be to deal with a faster internet connection, systematic system clean-up, and using online anti-virus software to protect your system from malware and virus threats.

What can be considered a good upload speed for streaming?

It is challenging to give a number for a good upload speed as it depends on many factors.
Factors such as your content, the video quality, frames per second, the platform you are using for streaming. If your screen recorder can record at 720p only, the speed requirement would decrease substantially.
But if you are streaming 1080p, the condition might be a little higher. A number between 8-10 Mbps can be considered a good upload speed for Twitch, Facebook, or YouTube.

A speed of 10 Mbps can be considered a good upload speed for streaming 1080p 60fps without any issues. The only condition is that the upload speed should be consistent with a tolerance of 10%.

3. What is the best bitrate for 720p streaming? 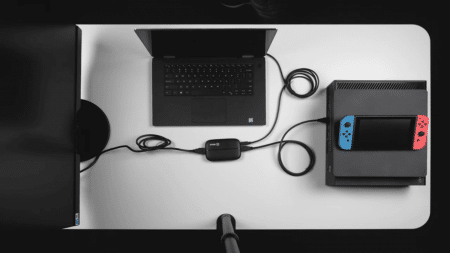 How to Use a Capture Card for Live Streaming?

How Much Do Streamers Make? 27 Top Earning Streamers in 2021 So Far 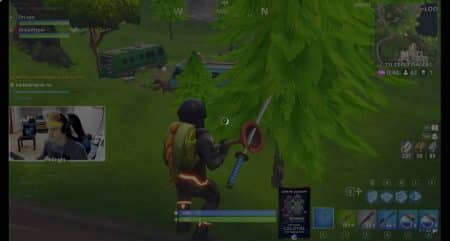 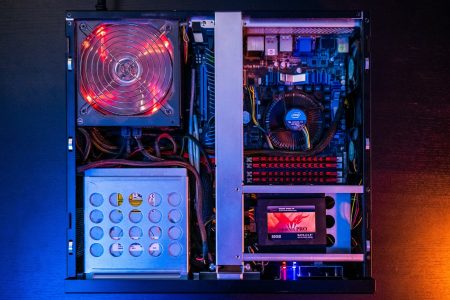