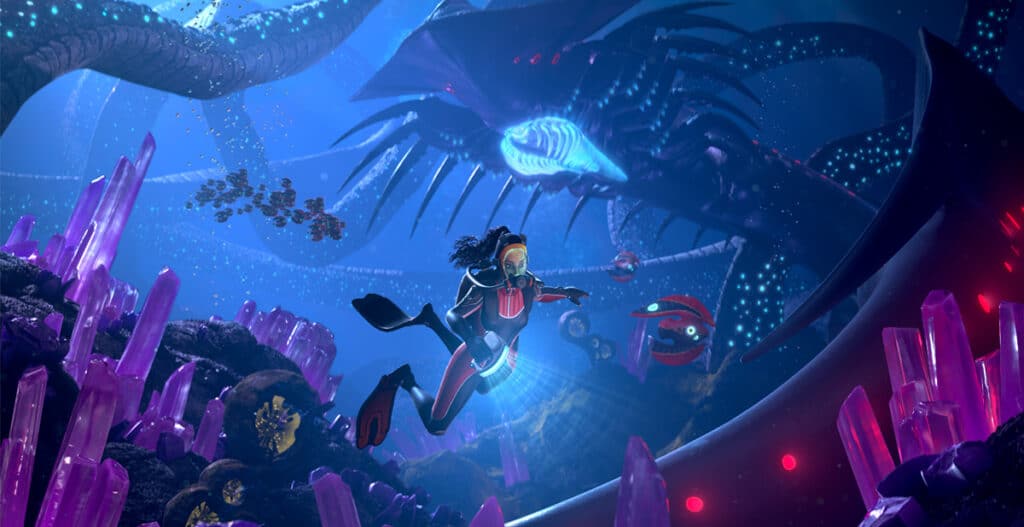 While exploring Subnautica, we meet creatures that are hard to fathom. We’re talking Avatar-level ingenuity. But, towering over all fauna, literally and figuratively, are the Subnautica Leviathan Class Organisms.

Leviathans are enormous aquatic creatures that do not have any predators. And these are also largely unexplored, mostly because it’s hard to find these underwater beasts.

But that’s stopping no one.

So, here’s an extensive guide about where to find them, how to deal with them, and what they offer. After reading this, you’ll know which ones are worth finding.

Including the Babies, Juveniles, and Extinct ones, there are 16 Leviathans in Subnautica and Subnautica: Below Zero.

All of these vary in size and their attitude towards the player.

Pro Tip: If a Leviathan tries to hug you, RUN!

While some Subnautica Leviathans are passive, others try to stomp on you and casually swallow you like it’s nothing.

Let’s kick things off with all the original Subnautica Leviathan Class Organisms. Subanutica has 9 Leviathan-level creatures, including the biggest and the strongest Leviathan out of both games.

They have 2 legs and a beak that helps with balancing and digging the sea floor for food.

Sea Treaders only move in herds– chances of finding a lone Sea Trader are next to zero. And they will attack you if you go too close.

So, just keep your distance, and you can get your hands on Alien Feces and Shale Outcrops which alone is worth a journey to the Grand Reef.

The Subnautica Reaper Leviathan is one you don’t want to encounter, let alone examine closely. It’s a hyper-aggressive Leviathan.

They’ll bite and swallow you whole once your health falls below 80%. Reapers will also grab the Seamoth and a Prawn Suit and crash them into the seabed. So, you better pray you don’t encounter one of these.

But chances are, you will.

There are 25 Reaper Leviathans in Subnautica. And the only way to avoid them is to stay close to the surface, especially near Dunes, Mountains, and Crash Zone.

The Reapers use their roars as echolocation, so if you hear a deep Godzilla-like roar, Hide.

Reefbacks are peaceful Subnautica Leviathans floating around carrying a mini-ecosystem on their backs. These 70-meter giants travel in groups of 2-3, and they never attack, regardless of how close you swim.

But, Reefback Leviathans might have Tiger Plants on their backs. These Tiger Plants can launch projectile thorns and deal 10% damage. It seems low, but the projectiles don’t stop.

An adult Subnautica Reefback Leviathan will have barnacles on its back, which can drop Silver and Copper ores. So, while enjoying the view, you can collect some minerals as well.

The Ghost Leviathans are haunting to look at. The bioluminescent structure and a hammerhead shark-like head send chills down the spine when they charge toward you.

But if you’re curious, Crater Edge is the best spot to meet a Ghost Leviathan.

Just be ready for a ramming attack straight away.

Your best bet at survival after a Ghost Leviathan spots you is to wait for the attack and duck out of the way moments before. This will give you time to swim away because a Ghost Leviathan won’t chase after you.

Much like the adult version, there are only 3 Juvenile Ghost Leviathans in Subnautica and the Juveniles don’t drop any valuables as well.

The Sea Dragon is the largest Aggressive Leviathan in Subnautica, and it’s a good thing that there are only 3 of these in the game. 2 of the Sea Dragons are in the Inactive Lava Lake, while 1 enjoys the Lava Lakes all alone.

This monstrous sea creature is second only to the Sea Emperor Leviathan in terms of size and strength. Even if you have the Reinforced Dive Suit on, a Sea Dragon Leviathan can instantly kill you by swallowing.

They can swat vehicles with their forearms, and their long-range fireball attacks are fatal too.

If you do encounter one of these, find cover in tight spaces. Once the Leviathan gets stuck in a wall- just avoid the fireball attacks and you can escape.

And now the Precursors hold the last Sea Emperor Leviathan at the Primary Containment Facility Aquarium in hopes to revive the species.

The Sea Emperor Leviathan also communicates with the player through telepathy, sharing tips to hatch its eggs, and finding a hidden Arch.

And once the player successfully hatches the eggs, you’ll get to see Baby and Juvenile Sea Emperors as well.

This legendary Leviathan is of utmost importance in the fight to cure Karaa Bacterium because it’s the only source of Enzyme 42.

The first of 2 extinct Leviathan Class Organisms in Subnautica, the Ancient Skeleton is about 1,000,000 years old and sits right outside the Lost River Laboratory Cache.

It’s an understudy discovery, and there is very little information about the Ancient Skeleton inside the Databank as well.

The Subnautica Gargantuan Leviathan is the largest Leviathan ever on the 4546B planet, but it’s extinct.

Its skeleton sits on the seafloor in the Lost River. And much like the Ancient Skeleton Leviathan, the Precursor is still studying this Leviathan’s remains.

The Databank shows that the Gargantuan Fossil was an eel-like creature and could be as old as 3,000,000 years. The true size of the creature cannot be determined because the area around the fossil has shifted over time.

But just to put things into perspective, the skull alone is 100 meters long– that’s nearly as long as a Sea Dragon Leviathan.

Now let’s move to Subnautica: Below Zero Leviathans. The sequel has 7 different Leviathan Class organisms, but compared to the Subnautica Leviathans, these look tame.

The Glow Whale is the smallest Leviathan in Subnautica: Below Zero. And it’s one of the few Leviathans that players can ride and pet.

You’ll find Glow Whales in big groups either diving to the sea floor or breaking the sea surface. They behave similarly to real-life whales but look a bit different because of the fluked tail, horns on the head, bigger fins, and various glow points all over the body.

Since they do not harm the player, do go for a ride whenever you encounter a Glow Whale. You might find something useful in the barnacles on their body.

The Chelicerate is hideous to look at. The body looks like a mutated lobster, and the long mandibles that make up the face look terrifying. Even if it wasn’t an aggressive Leviathan, no one would go near this thing.

But since it’s ugly and aggressive. If the player’s health is under 77%, one attack from the Chelicerate results in an instant kill.

There are 4 Chelicerate Leviathans in Subnautica: Below Zero. The only good thing is that they don’t respawn after you kill them. But killing all 4 is a long shot.

Your only hope is going unnoticed, and if attacked, run for tight spaces where they can’t follow you.

At the borders of Sector Zero, there’s another Chelicerate Leviathan that’s bigger than the one roaming the East Arctic. It’s called the Void Chelicerate.

You’ll never encounter one if you don’t visit the Sector Zero borders. But if you do, you might meet all 3 Void Chelicerate Leviathans at the same time.

The Shadow Leviathan is the stuff of nightmares. It looks like a mix between a scorpion and lobster, but 100x the size- making it the second largest aggressive Leviathan.

And they don’t go after the weak, either.

Their mouth glows bright blue and sprays a blue acid that can destroy any vehicle in seconds.

If they sneak up on you, your chances of survival are very low. But if you do get the chance, head for the Large Morganite Formations. They do give up easily, though.

If you want to know what is the most powerful Leviathan in Subnautica games, here’s your answer.

Think of the Ice Worm as a caterpillar with a dragon’s hide on it. The only unprotected part of the Ice Worm is the underside, which no one can reach for obvious reasons.

And to top it off a blazing hot horn for a head that can melt ice caps.

The Ice Worm is unkillable, and they can kill you with a single direct hit. Your only hope is the Thumper which can distract the Ice Worm and buy you some time to escape.

Ice Worms are subterranean Leviathans, so you won’t have to worry about them when underwater.

The Ventgarden Leviathans are the biggest passive Leviathans and closely resemble jellyfish and octopus. These have long tentacles and a wide bell-like head in which they house other life forms.

Ventgarden Leviathans are immobile. They plant themselves over a thermal vent using the six tentacles and then open their head to other flora.

The opening is big enough for human entry as well. So if you want, you can also enter the Ventgarden’s head to closely examine the fauna within.

Currently, Below Zero has 2 Ventgardens in Tree Spires.

There are Juvenile Vengardens too. They’re about 20 Meters tall and they are mostly moving around, unlike the Adult Ventgardens.

The last Subnautica: Below Zero Leviathan is extinct but perfectly frozen. Alterra has been studying the Frozen Leviathan ever since it was first discovered by Fred Lachance, who thought the creature was still alive.

According to the Databank, the Frozen Leviathan is at least 1000 years old. And it was affected by the Kharaa Bacterium. But because it was buried under a glacier, the creature has remained in its original condition.

Al-An suggested that the creature must have been aggressive in nature, but there’s no data to back this claim.

And that’s every Subnautica Leviathan in both games.

Now you know about all Subnautica Leviathan locations, sizes, and everything else. Ride the passive ones, enjoy the extinct sights, and maybe leave the aggressive ones alone. 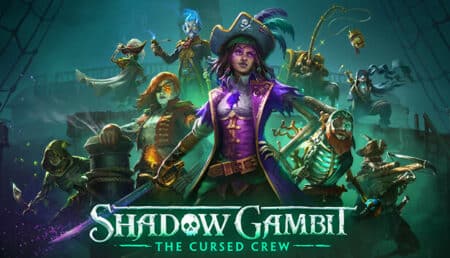 Shadow Gambit: The Cursed Crew — All You Need To Know 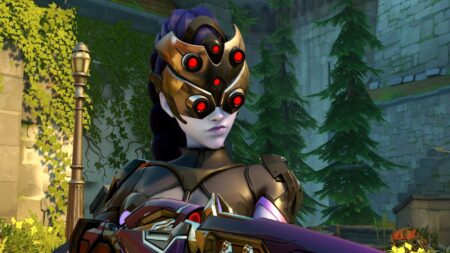 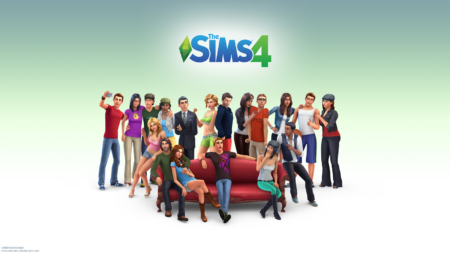