Stellaris is a great strategy game. For most enthusiasts, it ticks most, if not all the boxes of what they want from a grand strategy game.  However, for newcomers, it can be incredibly intimidating.

Arguably, the game doesn’t do a great job of holding your hand.

In an era where many gamers have become accustomed to a fair amount of hand-holding.  A great example of this is this post — how to best utilize Stellaris administrative capacity when building your space empire.

What is Stellaris administrative capacity? Is it even worth worrying about?

Some players will advise you to ignore it completely. Some say it’s an end-game worry. Whilst others advise you to get on top of it early.

Unfortunately, they all have a point and it’s down to you to make the best decision for your Empire.

So read on for everything you need to know about Stellaris administrative capacity.

What is the Administrative Cap Stellaris and Why is it Important?

When most people think of fun, I sincerely doubt any kind of administration comes very close to the top.

As your Empire grows, so does the amount of bureaucracy needed to run it. Think about what a pain it is to pay your taxes or how long you have to wait in line at the DMV.

Then imagine that rather than living in a country of millions it’s an empire of billions. At some point as your empire grows you’re going to have to think about Stellaris galactic administration.

If your Empire in Stellaris is growing too quickly (via sprawl) and your admin capacity can’t keep up then you’ll receive the following penalties.

Empire Sprawl (which triggers these penalties) is increased by

Basically, sprawl is a way of measuring your Stellaris Empire size.

These penalties might not look too bad at first glance but they are cumulative.  This means the greater the disparity between your administrative capacity and your Empire Sprawl, the worse things get.

Say, for example, you have an administrative capacity of 35 and an empire Sprawl of 90.

Unfortunately, this math is then further complicated by Empire Cohesion. Empire Cohesion tells you how well united your Empire is. Unsurprisingly if parts of your EMpire hate each other, they don’t play well together.

If your cohesion is less than 100% then your Sprawl is increased by a cohesion multiplier. This will in turn hit you with higher strain on your bureaucracy and potentially higher administrative penalties.

In-game all this math is done for you, so you don’t need to sit there with a calculator. But, you must understand how these three factors affect each other in turn.

How to Increase Administrative Capacity in Stellaris

Most pro players seem to agree that, to begin with, administrative capacity isn’t anything to worry about.  It only seems to have been put into the game to help slow player expansion in the early phases of the game.

Indeed early-mid game you’re pretty limited in how you can increase your administrative capacity.

As mentioned earlier though the penalties are accumulative so as you get to the late game you’re going to need to address administrative capacity if you want your empire to keep growing.

Those penalties really can cripple you sooner or later. Administrative capacity can be expanded in the following ways

Start of the Game

Choosing the right Empire and ethics plays a huge role in giving you a boost to Stellaris Administrative Capacity.

Get yourself some Administrative Offices. Each one brings 2 bureaucratic jobs which when fully staffed will reduce your Empire sprawl by 2.

They cost 2 energy per month to keep up and running. This isn’t a great cost so building a lot of them to quickly raise your Admin Cap isn’t a bad idea.

Civics can also play an important role in maximizing your administrative capacity.

Researching certain techs can give you nice boosts to administrative capacity. The downside is some of these tend to be later game additions to your Empire.

Ascension perks are only made available by completing a Tradition Group. The Imperial Prerogative Perk will give you a juicy +30 to administrative capacity.

Unfortunately, Ascension perks come pretty late game so you might be waiting a while for this one.

The Oracle Empire modifier is triggered by the Archeology Site Evacuation event. It gives you +20 administrative capacity. Nice.

If you’re finding administrative capacity a pain in the butt and you’re not too bothered about playing the game properly, just cheat.

Another little capacity issue you’ll probably run into when playing Stellaris is your Starbase capacity.

Much like Administrative Capacity, Starbase Capacity can be problematic to expand in the early game.

Your base capacity is 3 which is pretty tiny. This measly number can be increased however by the following

Playing a grand strategy game like Stellaris is a balancing act. You have a lot of plates spinning and it’s up to you as the player what you want to focus on.

My advice would focus on your Empire Expansion in the early game at the cost of administrative capacity. Very often the benefits of expansion outweigh the Stellaris Administrative Capacity punishments.

If you grow too quickly and let administrative capacity fall away you’ll be making a rod for your back later on.

The penalties will start to cripple different sectors of your Empire and you’ll find your expansion stalling. 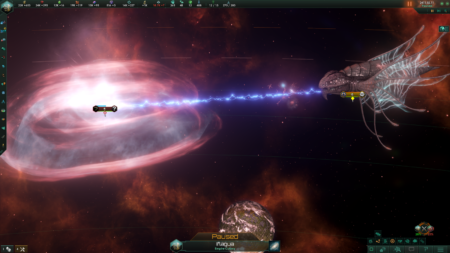 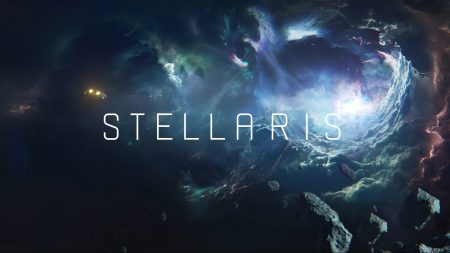