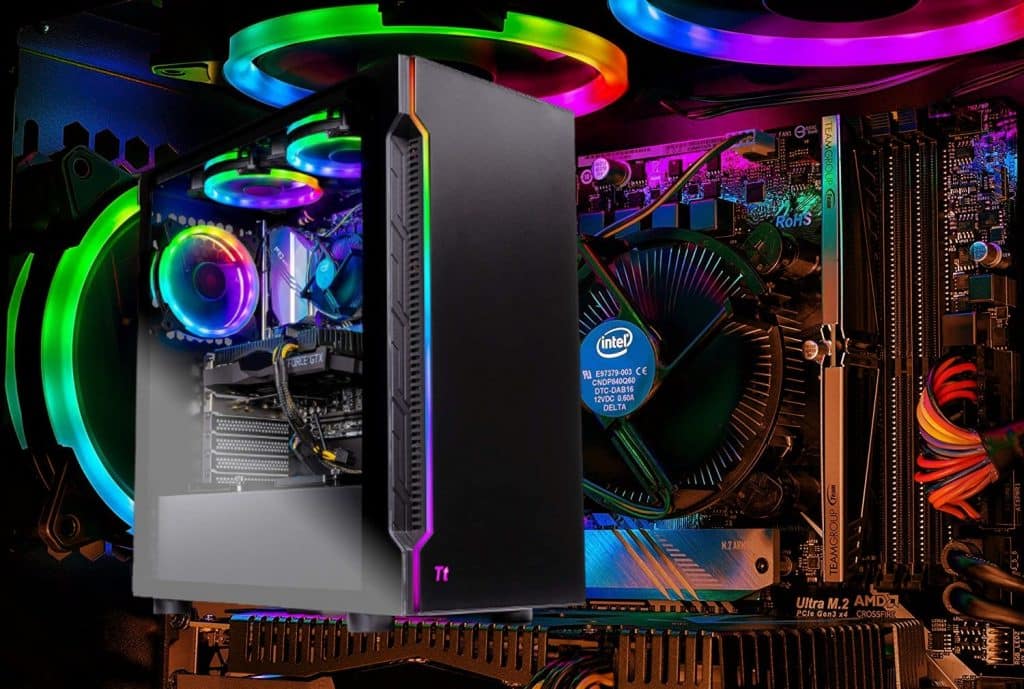 View All The Deals

If you’re one of those guys who believe that pre-built gaming rigs would meet your gaming requirements then SkyTech Shadow 3.0 is a good option to look at. It’s budget-oriented and comes in a fancy box with all kinds of RGB lights to give you some gaming vibes.

In our SkyTech Shadow review, we’ll discuss everything you need to know about this build, so hold onto your hats and read on!

Most pre-built desktops from SkyTech Gaming are powered by Ryzen chips but SkyTech Shadow 3.0 is an exception because it is featured with Intel’s 9th gen processor coupled with Nvidia’s GTX 1660. For Intel fanboys, SkyTech Shadow 3.0 would be a dream come true. But, could SkyTech Shadow handle the latest AAA titles, and is it futureproof as well? Read on and find out.

Like any other high-end rig, SkyTech Shadow comes with a proper mid-size gaming chassis with a glossy black exterior and a well-lit RGB strip at the front. A small vent-like mesh grill is also added on the front panel to maximize the airflow but, we may have some doubt about the airflow inside this thing.

Additionally, you’ll also get crystal-clear tempered glass on one side that reveals the glowing effect of pre-installed RGB fans and other internals. Moreover, the top lid also features a mesh grill with 2x120mm fans installed for an effective cooling system. However, a radiator would make more sense but for this price, we’re not complaining.

Lastly, 2xUSB 3.0 ports and headphone jacks are also featured on the top lid along with the power button and RGB control. In conclusion, the case looks quite professional and we’re impressed with the build quality as well but, the case itself is not very spacious and you might find its limitation while adding additional storage drives.

SkyTech Shadow 3.0 comes loaded with Nvidia GeForce GTX 1660 that offers 6GB GDDR5 with a boost clock of up to 1775Mhz. GTX 1660 is one of the best budget-friendly graphics cards that you can find in the market. It’s a pity that it is not featured with GDDR6 memory but we’re not complaining. Moving on, when it comes to gaming, GTX 1660 can outperform many ‘so-called’ high-end GPUs that are currently available in the market.

Ideally, GTX 1660 6GB is more suitable for 1080p gaming but if you’re planning to play games at 1440p resolution then you could easily squeeze out 60fps-lock gaming performance from this one. For modern AAA titles and battle royales, GTX 1660 is an excellent option.

The thing that gamers appreciate the most is a pre-built desktop with a high-end processor. SkyTech Shadow is featured with Intel Core i5-9400F which is an excellent CPU for modern-day gaming. This processor features 6 cores and 6 threads and it’s based on 14nm technology. Furthermore, Core i5-9400F comes with a base clock of 2.9Ghz which can be boosted to up to 4.1Ghz on 65W TDP.

Core i5-9400F backed with GTX 1660 will show some excellent performance and could easily handle 1440p gaming on med-high settings. For those who are rocking 144Hz monitors, SkyTech Shadow will impress you with its sheer performance.

Asus’s B365M motherboard is found inside the SkyTech Shadow 3.0 which is a modern gaming motherboard that supports the 8th and 9th-gen Intel processors. Furthermore, the B365M motherboard features 2x RAM slots that are compatible with DDR4 2666Mhz memory. To be honest, only two RAM slots are not enough, and if you’re looking to upgrade your PC sometime in the future then you’ll probably have to replace the motherboard as well.

Lastly, the B365m motherboard features VGA, USB, and HDMI ports and the BIOS settings also offer some overclocking abilities as well. In conclusion, SkyTech Shadow might be a good gaming desktop but it isn’t futureproofed.

Aside from the motherboard, the only downside of SkyTech Shadow is that it is only featured with 500GB SSD which is quite low for modern gaming. Games like Call of Duty: Modern Warfare alone takes more than 200GB of storage and at this point, 500GB total storage could only fit a handful of games. Thankfully, you could throw in a couple of additional hard drives to increase the storage.

Additionally, SkyTech Shadow is featured with 8GB DDR4 RAM with a 3000Mhz frequency. But, the B365 motherboard could only handle DDR4 2666Mhz frequency so there is a bit of false advertisement about the memory. Nonetheless, you’ll get 8 gigs of DDR4 memory with SkyTech Shadow.

Which Games Can SkyTech Shadow Run?

SkyTech Shadow is a budget gaming rig that can easily handle the latest AAA titles on the 1080p setup. Modern battle royales like Warzone and Fortnite can easily run on this with 60+ frame rates on high settings. For 1440p, the 8GB RAM is a bit low and you won’t get much fps on high settings but with medium settings, even the most graphically demanding games like RDR2 will be smooth as butter.

In our SkyTech Shadow review, we’ve found this pre-build desktop as one of the best that is currently available in the market. It is a mid-range PC, which means that you won’t have to exceed a thousand bucks to get your hands on this one. Moving on, we’re impressed with the specs and the build quality of the products, and if you’re looking for a decent battle station to enjoy some of the most graphically demanding games then SkyTech Shadow will meet all your requirements. Lastly, SkyTech Shadow offers the best price-per-performance ratio and you won’t be disappointed with the purchase. 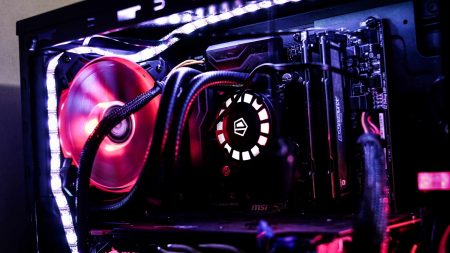 SkyTech Archangel Review (2022): Is it worth your money?