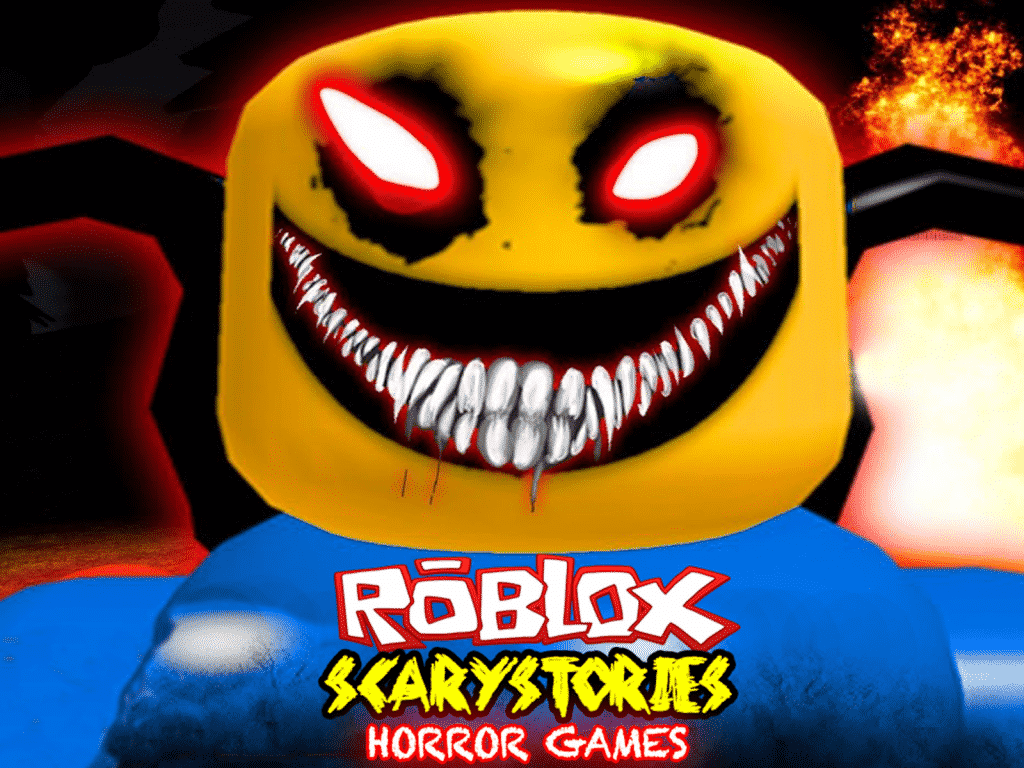 Despite their blocky, lego-like character makeup, scary Roblox games can still run shivers down your spine. There are a ton of proper horror games on Roblox and some are totally worth it.

In this post, we have tried to list some of the best Roblox horror games in the ascending order of their popularity, i.e, from the least popular to the most popular.

You move to a mansion by the hills with your family but suddenly all your excitement gets translated into terror.

A typical jumpscare video game with spooky gameplay. You navigate with a flashlight and have to react with the least visibility.

We recommend you use headphones if you have the guts for them.

The game starts when you wake up in a dimly lit fake room in a cave. Your objective is to solve clues and get past traps and save your enemies. The setting is a dark abandoned cave that adds to the mystery.

Get The Black Death Here

Akumu rubs shoulders with Japanese dark folklore. The storyline is around a doomed man seeking immortality but ending up summoning evil. Spirits, ghosts, geisha, and a samurai that’s what the gameplay has to offer.

If you are a fan of Mimic, you will surely dig this.

Get ready to experience some scary atmosphere while playing Nanny. There is a killer in the game and the innocent team has to complete their objectives while avoiding the killer.

Dim lit ambiance, abrupt movements, and unexpected revelations. Are you up for it?

Murder Party is one of few horror games with a similar concept to Among Us. You can be part of one of 4 teams, namely,  Sheriffs, Murderers, Hackers, and Party Planners.

You have to juggle between completing your objectives while keeping your role secret. And yes, you might have to slaughter opponents whenever necessary.

Imagine you are making your way through a mansion when you are suddenly attacked by killers with special abilities. They can teleport, phase through walls, and even possess fast WalkSpeed.

Check Out The HORROR Mansion Here

Vigor follows the story of a Latin American folktale where a woman goes into the forest at night and disappears. You being you, try to look into the matter and end up being part of it.

The gameplay will bring all your nightmares to life. It features scary gameplay with labyrinths and ghosts that will get your heart racing.

Kampong is a one-of-a-kind Nusantara and Islamic horror game in Roblox. In the game, you have to complete different objectives in a scary abandoned house while using your mobile phone to illuminate your way.

The gameplay features creepy sounds and entities that will chill your bones. For the best experience, we recommended you play this outside your mobile.

Get ready to face off against swarms of scary characters as you move up the floors in an elevator. The core objective is to move to higher floors without dying.

Frightening threats and scary characters are just the tip of the iceberg. How long can you endure?

A private investigator looks into the case of a brutal vehicle accident in a small town. He ends up discovering a dirty secret about a family.

Alone in the Dark is one of the best games in Roblox and was the Best Single Player Horror Game Nominee in 2020.

But if you have photosensitive epilepsy, stay away from this.

Get Alone In The Dark Here

11. Cult Of The Cryptids

If you are looking for an FPS horror crossover Cult of The Cryptids is just the game for you.

Get ready to shoot and kill some creepy monsters that are taking over a town. Thanks to its gripping gameplay it has been received well by gamers. Depending on your actions the game provides 6 different endings.

Get Cult Of The Cryptids Here

Dead Silence is downright one of the scary games on Roblox. In the game you would be investigating the legend of Mary S. You can opt to play 1 to 4 characters. The game is filled with monsters, ghosts, and apparitions.

The gameplay is spooky and can induce panic, fear, and everything you expect from a top-notch horror game.

This is one of the best VR-Ready horror games on Roblox. With Frigid Dusk, enter the world of ice and blizzard. Your aim is to secure a bio-weapon with your team of scientists that has been stolen.

Yes, the icy landscape is bright but the game sticks to jump-scare tactics that will definitely give you a few jolts. It is recommended that you use headphones, and play in max graphics to get the most thrill out of this.

If you are into solving puzzles and mysteries, this is one of the best Roblox horror games for you.

Set in 1921, you are a detective working with the police to find out what happened to Evelyn.

With a rustic early 20th-century vibe, Evelyn’s gameplay will test your analytical ability while giving you the creeps from time to time.

In the game, you are an explorer who is looking into an abandoned spooky asylum. The premise is dark and ominous. While you are at it, you accidentally discover an abandoned building near it.

Why is it there? What’s inside it? Do you have the heart for this?

Get The Asylum Here

Consider this an R-rated Tom & Jerry scenario where you are the mouse and Kitty is hell-bent on murdering you. Set in the Televerse you have to venture through different maps and solve puzzles to escape Kitty.

As a gamer being a hunter must have been your daily routine, how does it feel to be the hunted for a change? Call it Karma.

The point of the game is to survive from a rat in a maze built of cheese. You can play the game as a single-player or play it along with your friends. You get various badges depending on how you complete the game.

For the best effect, it is recommended that you play with the sound on.

In the game, you have to survive six hours in a mall crawling with creepy creatures. The game has great graphics, some hair-raising horror movements, and great music to complement the overall gameplay.

The game has an 80’s arcade theme and multiplayer options as well.

Get Five Nights at Freddy’s Here

Kalampokiphobia is the fear of corn. In the game, you will have a creepy character that is chasing you and you have to run and hide from it in a dimly lit scary maze.

Good sound effects coupled with one-track gameplay make this one of the best scary Roblox games around.

Even though Piggy as a character might seem docile but believe me it can render some gory violence.

The storyline will compel players not only to evade Piggy but also to try and understand the mysteries about the beast.

Walking Dead fans might even recall Negan while playing this game!

Highly influenced by the Purge, Break In lets players take on the role of ordinary citizens while they have to survive a no-holds-barred 5-day crime extravaganza.

All the villains are NPC characters and depending on your strategies, the game presents multiple endings.

Not recommended for pacifists.

Get Break In Here

The Mimic consists of four different stories based on Japanese legends and history. In each of these stories, you’ll play different characters and venture into mysterious worlds.

The game is full of jumpscares, loud noises, and flashes.

In this game, you have to flee the facility while evading beasts. Its gameplay has a Friday the 13th vibe to it. It is one of the scary games you can play in Roblox and thanks to the variety of maps the gameplay is never monotonous.

You can play the game on a PC, tablet, Xbox, iOS, and Android.

Get Flee the Facility Here

One moment you are inside your favorite IKEA store and the very next you are being chased by insane employees. With moody lighting and jumpscare, this horror-laced survival game will get your heart pumping.

Just make sure you don’t end up dead just like the furniture.

If you cannot find your match and are still seeking other Roblox horror games, check out our best games like Roblox to fulfill your needs. 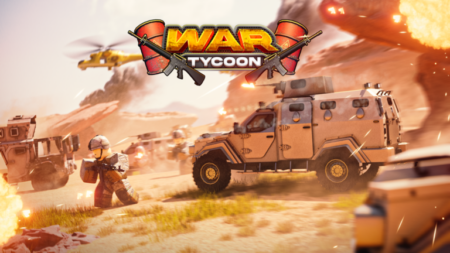 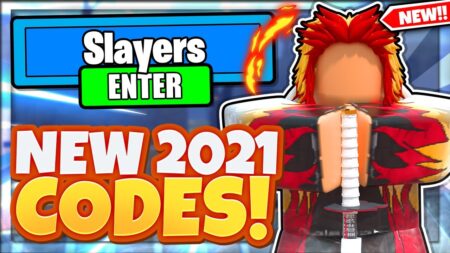 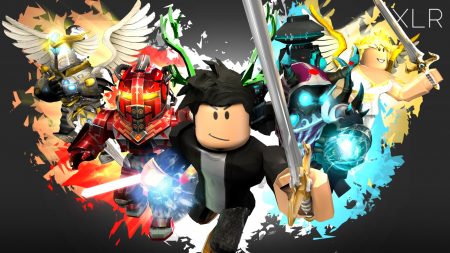 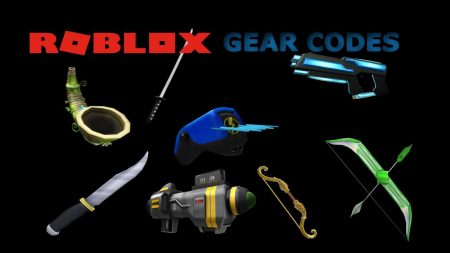 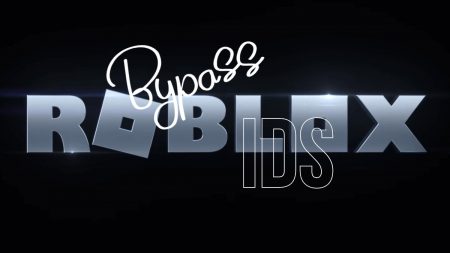 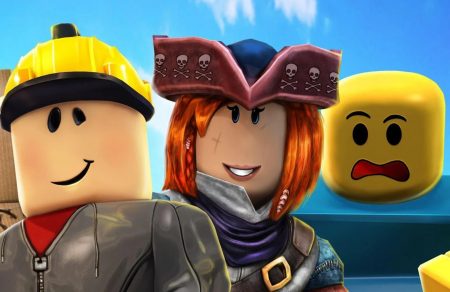