What is the Best Response Time for Gaming? 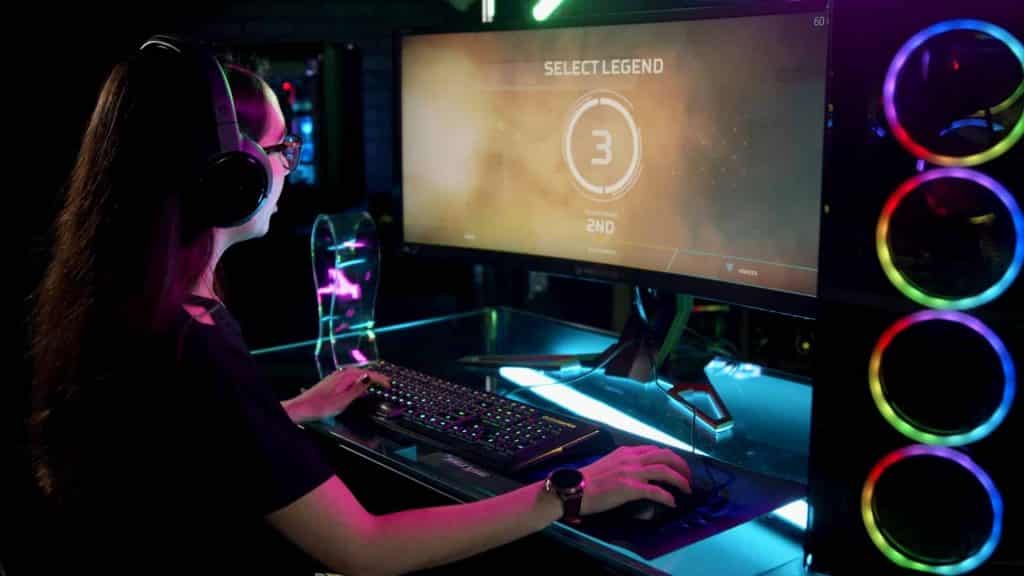 Big screens, high resolutions, better color saturation. There are a lot of ways advertisements are used to sell you the display units. But these advertisements tend to ignore the only key aspect which you need to consider before buying a monitor specifically for gaming – Response Time.

Response time comes to play only during fast-action sequences. Don’t get it confused with Input Lag which is only the delay between the actual action and input of a command. Input lag is an important aspect of buying a gaming monitor but here we are focusing on response time.

The most common 60Hz display units tend to have a response time of 10ms. Making a choice readily depends on the individual’s needs. Professional gamers would like to get their hands on the display unit with the lowest possible response time, which can go down to 0.5ms.

What Is Response Time?

Response Time is more about how individual pixels transition from one color to another than the delay between your inputs via mouse/keyboard/gaming peripherals and them showing on your display. It’s a measure of how fast a pixel shows changed colors, from black-to-white (BTW) or grey-to-grey (GTG).

Contrary to the name, a GTG response time represents how fast your monitor can change its pixels between two colors. But instead of using the name color to color, why use GTG? The reason is the LCD sub-pixels which are monochrome.

The visible colors are achieved via color filters. Darker the shade of grey, the light will penetrate your eyes, making you see less intense colors. The latest display models have MPRT.

MPRT is completely different from GTG or BTW. MPRT is a measure of pixel visibility time. It means a higher MPRT value is equivalent to more motion blur. Theoretically, MPRT is based on refresh rates.

You can check your display’s MPRT right here!

Response time is calculated on a millisecond scale. A single frame on a standard 60Hz monitor remains static on the display for approximately 17 ms. The pixels need to change faster than that to display the next frame on time.

But response times under 17 ms are not competitive for gaming. It is too high a response time and will often result in ghosting. Ghosting is a phenomenon generally observed while gaming. It happens as pixels take too long to switch between shades of grey.

Response time can become a reason for your failure during fast-paced action shooting games such as Counter-Strike: Global offensive. You want to headshot your opponents and not their ghosts!

The response time is not an issue for people using their displays just for internet surfing and slow action games. But for those who intend to play extensive action games or watch movies, response time can have a huge impact on the overall experience.

Note: The lack of industry-wide standardized testing tools for response time has led to the development of products claiming a response time of 0.5 milliseconds. This is precisely the reason why some 0.5-millisecond monitors have more ghosting than 2 milliseconds. Even when comparing, we can only use two response times with the same specification which can either be BTW, GTG or MPRT.

What is the Best Response Time For Gaming?

While some gamers claim they cannot notice ghosting below 8 milliseconds, competitive gamers use only super quick screens with response time lower than 2 milliseconds. TN panels can be quicker than IPS screens. Higher-end TN panel displays are often marketed to be ‘For Gamers’.

The choice differs for each user but anything below 10 milliseconds is worth trying. For beginners we suggest getting a device with response times below 10 ms, intermediate players should focus on getting 5ms.

Professionals will anyhow not be satisfied with anything above 2ms as they want the fastest image for an advantage during their competitive gaming.

Note: Even a 1 millisecond response time monitor in Counter-Strike: Global Offensive won’t do any good to you if you lack the FPS shooting skills!

Is 1ms Good For Gaming?

1ms response times can be great for gaming, delivering the much-needed competitive FPS to avoid ghosting. But having a monitor capable of 1ms response times will not cut it for you. For faster image rendering and color transitions, you will need powerful hardware to complement it.

However, 1 ms is an overkill for a casual gamer, and under no circumstances will it be able to improve your actual gaming skills. Additionally, for a 1ms display monitor, you may be compromising on color saturation and viewing angles as well.

While there are variable standards for measuring response times, you can instead focus on the type of LCD display in use. There are primarily 3 different kinds of LCD monitors available in the market.

These panels will offer the lowest response time but have a poor range of colors. TN panel monitors are recommended for aspiring and existing competitive gamers who will prefer competitive FPS over graphics.

These panels offer a far better color contrast than any other panel but are expensive. IPS monitors are recommended for those who value accurate color and vibrance over anything else.

A modern design that intends to combine the color range of IPS panels with a response time of TN panels. A VA panel is recommended for those intending to use the monitor for competitive gaming without undermining display quality.

Consider the type of gaming experience you want and choose the monitor variant you need. Look for the best response times only if you need them as it may amp up the price tag as well!