How To Become a Professional Gamer? 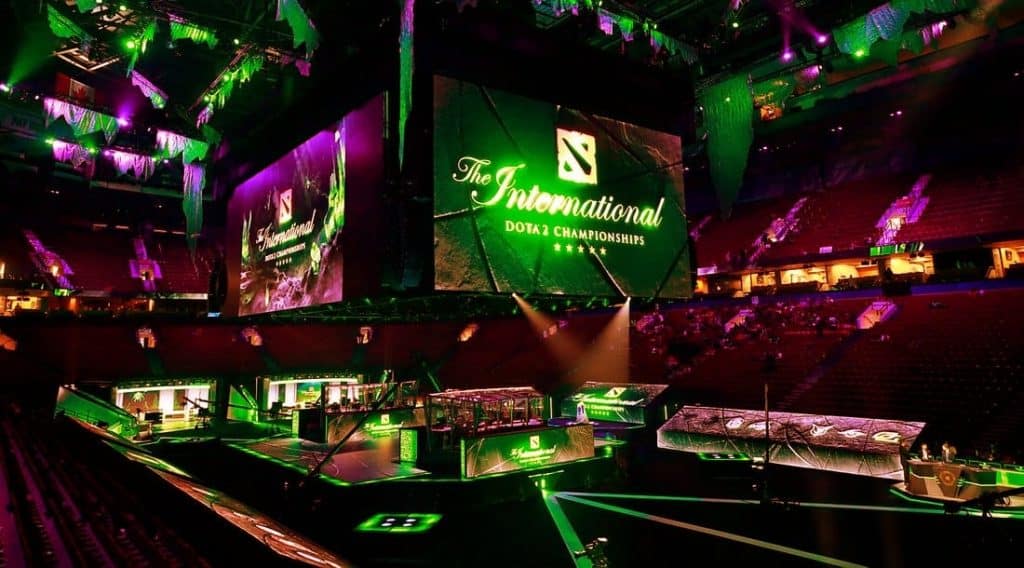 While professional gaming is still a rather new field, it’s extremely competitive and tough to break into. But once you get over the initial hustle of breaking into the game, you could be looking at a paycheque of up to $15,000 per hour by playing video games.

Sounds tempting, isn’t it? So let’s find out how to become a professional gamer. Spoiler Alert- It isn’t easy!

Who Is a Professional Gamer?

Basically, anyone who plays video games and does nothing else for a living can be described as a professional gamer. However, as the foundations of esports and gaming solidify, and more and more people rush into the field, the definitions of a professional gamer have changed.

How Much Is a Professional Gamer Paid?

As previously mentioned, a professional gamer can earn upwards of $200,000 a year from winnings alone, leaving aside sponsors, donations, and streaming revenue. Ninja, one of the most popular professional gamers, made $17 million a year. Not only males, there are a lot of professional female gamers who are also earning a hundred and thousands of dollars.

Now that you know what top professional gamers make, it may sound like a quite luring job. But don’t forget these are the gamers who’re at the top of their field, backed with years of proven experience and unmatched skill.

The harsh reality of the world is that a newbie with a rather decent skillset won’t even make a penny playing video games. You need an unrivaled skill set to join a professional team or become a professional streamer. Here are a few revenue channels of professional gamers and how much can a newbie expect from each of the channels.

Large scale tournaments are usually invite-only, closed to small teams. Here, only the big and known teams such as 100 Thieves and Faze Clan is invited. The prize pool of such tournaments may reach up to $200,000 for a single win.

If your skill and play style is worthy, you may be scouted and invited to join a professional team.

Nowadays, the top professional teams pay monthly salaries to their active players. Based on the latest survey of Esportsearnings.com, pro-gamers may receive a salary between $1,000 to $5,000 per month.

While that sounds like a lot, salaries are only paid to the top players with a proven track record of victory who forms an essential part of the team. It works like just any other corporate or company, the more money you make your employer, the more they will pay you in salaries.

That being said, it’s safe to say that you can completely forget the prospect of earning a monthly salary if you’re just starting out.

All in all, sponsorships pay a lot. But once again, companies only want to sponsor gamers who have a wide reach and huge following. The best way to attract sponsors is to stream and create content, in addition to focusing on professional tournaments.

To wrap it up, gaming is like any other professional field, or rather its closest to sports. If you’re good at your game, you’ll earn a lot.

How To Become a Professional Gamer and Get Paid?

The very first thing you need to do on your journey to become a professional gamer is to find a game. As mentioned previously, professional gamers play competitive games such as CS: GO, Dota 2, and Valorant. If you’re more inclined to RPGs or narrative-focused games, then I have some bad news for you.

The matter of the fact is that organizers need viewers and viewers want to see players competing, rather than just one person enjoying a narrative game. If you want to continue on the latter path, then streaming is a better option for you.

When you’re finding a game, it’s important to find a title that’s relevant at the moment and will stay relevant for the coming years in order for your skills to pay off.

Say a new competitive title releases that you’re hyped about and you’re genuinely good at it, but if it’s not popular or not relevant a few years down the line, then it’s not worth investing your time in. You must understand that playing a game professionally is pretty different than playing it for leisure.

At the moment, Valorant is the hottest new competitive title and, given the market trends, it seems as if the game will stay in the limelight for a few years. So, it’s a good game to invest your time in.

Before Valorant, Fortnite was in the limelight, preceded by PUBG and Overwatch. All these games have become less relevant since their release, but small to medium scale tournaments for them still exist. It’s also worth noting that your skill in a shooter titles will carry over to other shooter titles as well.

As such, many professional Overwatch players switched to Valorant and mastered the game quickly.

Dota 2 is the evergreen title. The biggest esports tournament, The International, with a prize pool of over $40 million, is based on Dota 2. A few other evergreen titles are CS: GO and League of Legends.

While it’s okay to develop holistic skills as a gamer and play different games, it should be your priority to master one game that you want to complete with.

Step 2: Become The Best At It

Once you’ve found a game you like, it’s time to master it! Play it day and night, over and over again. Stop looking at it like a leisure activity or a pass time. Look at it as your livelihood and pay it the same respect as you would treat your job or studies.

Today, gaming is plagued by a stigma. It’s not seen as a productive activity and the time you spend mastering your game before becoming a pro will be seen a waste of time by the society and people around you. You must stay strong and overcome those worthless comments and focus solely on your game.

There is only so much that you can learn and master on your own. Having a teacher or mentor is important. While hiring a professional coach may cost you thousands of dollars, watching and analyzing pros is free! Read and watch professional gamers and streamers. Take note of their movements and analyze their skills and then implement them in your strategy to become the best in your game.

Consider investing in specialized gear, such as a gaming mouse and a game monitor with a high refresh rate. While skill is the most important thing at the end of the day, even the smallest things matter when you’re up against the best of the best. In professional matches, death and kill ratio can change in a fraction of a second, which makes a gaming monitor essential.

Once you’ve mastered your game, it’s time to set out in the world. Build your own roaster with fellow gamers and start competing in small scale tournaments. It’s a good idea to stream or record your gameplay whenever you’re not competing. This will help you spread your name and gather a following.

A word of advice, even if a comparatively smaller team with a proven track record offers you a spot in their rooster, take it rather than waiting for an offer from big teams that might never come.

Are There Any Requirements or Courses To Become a Professional Gamer?

Gaming is much like sports. In fact, esports or gaming is just a new branch of sports. In sports, the only thing you need to make it big is skill and luck. Some sports like Basketball are biased against smaller height, but gaming has no such shortcomings.

Your physical qualities, gender, race or beliefs aren’t important, unlike traditional sports. Skill is the only requirement.

That being said, earlier this year The British Esports Association partnered with Pearson to introduce a new course on Esports Btech. The first of its degree will provide holistic education to give a headstart to peers interested in gaming.

The course is designed with twenty units that include entrepreneurship, event management, live streaming, law, and many more skills required to develop a successful career in esports. One of the units is dedicated to coaching where students can learn gaming tactics to master games such as League of Legends and Dota 2.

While the course will be definitely helpful to aspiring gamers, it’s worth noting that it is not focused solely on gaming. It includes other skills that will help you break into the esports industry.

Is Gaming The Right Profession For You?

Now that you know the “How-To’ of becoming a professional gamer, its time to address the elephant in the room. “Is gaming the right profession for you?”

You must’ve understood by now that gaming professionally versus gaming as a pass time are two polar opposites. Becoming a professional gamer requires dedication and practise, like any other profession. However, unlike other age-old professions, gaming is a rather new developing field. There is no set path like the Wizard of Oz.

Simply put, it’s a high risk, high reward career where you have to trust your skills, luck and, most importantly, your gut.

So there’s how to become a professional gamer. Unlike our wild fantasies, it’s simply not about playing video games and getting paid. Professional gaming, though rather new, is a highly competitive field where only the best of the best can make it to the end.