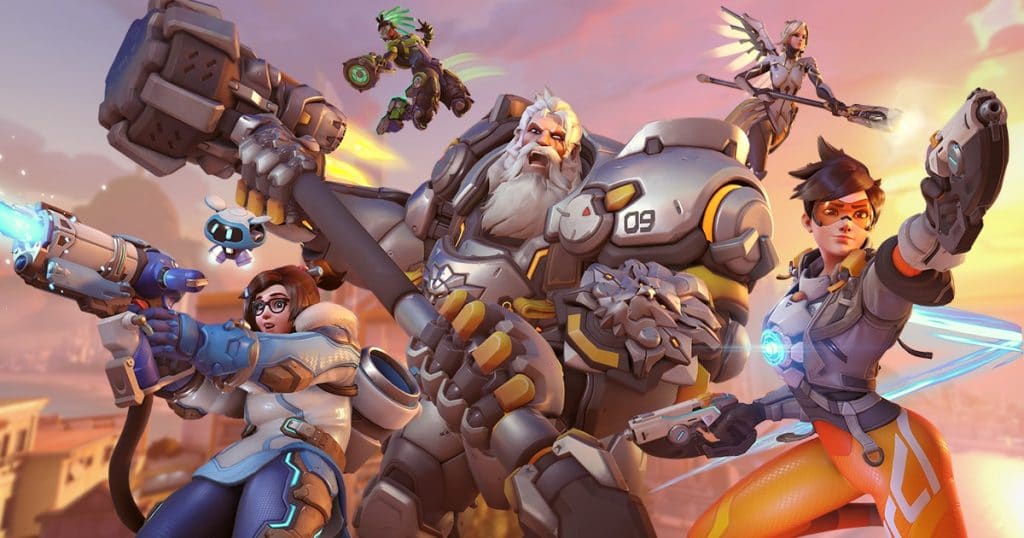 Some may say we are living in the golden era of online gaming, with multiplayer competitive games such as League of Legends, APEX Legends, and Fortnite ruling the casual and professional gaming scenario.

As more similar games arise, one question often lingers—which games will make it, and which will soon receive a death penalty? The subject of today’s trial is no other than Overwatch, the hero shooter game that took the world by storm back in 2016.

While its genesis might have been glorious, we cannot help but ask: Is Overwatch dying?

What made Overwatch different from the competition?

Overwatch was released with the average premise of any shooter gamer: two teams, a vast roster of characters that possess unique styles and abilities, a selection of roles to fulfill, and one common goal in mind.

However, Overwatch’s heroes, their distinctive animation and styles plus their original gameplay and game modes, soon proved the game worthy of the gaming community. Blizzard Entertainment’s first-person shooter was warmly welcomed to the scene.

The game was quick to gather attention, even from audiences it did not expect to. The renowned gaming website Game Revolution even stated that “[Overwatch’s] reputation has quickly permeated through cyberspace, attracting attention from people who may not traditionally put down $40 to $60 each time a new first-person shooter release.”

Upon release, the game received universal acclaim, with prominent Reviewers such as Metacritic, Game Informer, GameSpot, IGN, and PlayStation LifeStyle all granting perfect or close to perfect scores.

It was evident the game delivered the strong online experience expected from the fourth franchise from Blizzard Entertainment. This success was evident in its sales, hitting an outstanding amount of seven million sales a week from its launch.

It was the fastest-selling game during its release month, the top-selling game in June 2016, and the 7th highest selling game in the United States for all of 2016. Shortly after, Overwatch even took over League of Legend’s crown as the most popular game in multiple countries, including South Korea.

The game continued to expand, reaching 50 million players as of November 2019. The golden days of Overwatch were upon us.

How Long Will Overwatch Last?

While Overwatch had a mind-blowing release, fame tends to dwindle. Just four years after the release of Overwatch, the game’s hype seems to fall short in comparison with other newer games, such as Fortnite (released in 2017) or Valorant (released in 2020).

The present of Overwatch seems to be decaying, leaving many gamers worldwide wondering “Do people still play Overwatch?”

I do know a couple of friends who still are hardcore Overwatch players, but they seem to be a minority. It seems as if the game got overshadowed by new releases, and the widely popular shooter game subgenre, Battle Royale.

Those who remain fans of Overwatch, however, remain hopeful and positive regarding the game’s both present and future—after all, Overwatch 2 is on the way.

With no release date and very little information about the second installment in the Overwatch franchise, more and more former fans seem to desert the game. The professional competitive scenario of the game has been affected as well, with viewership on the 2020 Overwatch League falling miserably short than average.

Back in October, eSports Charts revealed some worrisome statistics regarding the worldwide event—the 2020 League had 61.4% fewer viewers than 2019’s event. These devastating numbers further fueled the already existing rumors that Overwatch, as an eSport, was dying (if not already dead).

While there is no way to 100% confirm the fact that Overwatch is effectively dying—as Blizzard refuses to reveal a specific player count and there is no way to know for sure the exact download rates and times played, a short conversation with any of your gamers friends might confirm what seems to be a generally accepted truth.

Overwatch just isn’t as popular as it used to be. Despite its initial buzz, it seems Overwatch couldn’t manage to sustain a powerful fanbase.

Is there anyone to blame?

Many members of the gaming community have taken it upon themselves to dissect what is going on with Overwatch, and why does it seem to be dying. Most streamers blamed the gameplay as a prominent turn-off.

The limited viewability and stubborn dive meta were two factors that greatly decreased the game’s quality, or so they claimed. Games became “unplayable”, with queue times reaching double digits and gameplay becoming stale to both watch and play.

Power creep is also a huge issue, one that the game developers were quick to dismiss, much to their community’s dismay. It is a generally accepted fact that the hero roster must be properly balanced, nerfing all necessary characters.

Another potential reason behind the impending failure for Overwatch might be the lack of innovative, original, and new content. Events, both in-game and in real life, were met with a lack of amusement and disdain from the Overwatch Community.

Former fans claimed all in-game events seemed to be repetitive each year, with very few changes applied. Kicking soccer balls and throwing snowballs can only be fun for so long.

As to real-life events, the eSport scenario for Overwatch seems bland for both pro players and casual players. The decrease in viewership previously mentioned has been attributed to a handful of factors as well. Overwatch League is streamed exclusively on YouTube and not on Twitch, a fact that might alienate a handful of fans.

Added to that, the fact that Overwatch League is a global event with matches taking place all over the world might be an issue. Time zones come in the way, and there is not enough incentive for fans to sacrifice hours of sleep in favor of watching a match.

Overwatch has a rich, consuming lore that also fails to be explored within the game. With many visuals and comics behind it, fans were eager to meet more of their hero’s backgrounds in the game. However, they were soon disappointed, as these stories fail to show up in-game.

This lack of fresh content has left the Overwatch community feeling disappointed, creating a bittersweet sentiment in their gaming hearts. Fans love the story, the game, the lore—just not the way it is executed.

…But there is hope!

With the announcement of Overwatch 2 back in 2019 at BlizzCon 2019, a spark of hope was ignited amongst the community. Overwatch 2 promises to deliver a handful of new game modes, including co-op missions and epic competition.

The promise of new heroes and maps has also managed to excite fans all around. Additionally, players of the original game will be able to swiftly transition from one installment to the next, keeping their collections, skins, emotes, icons, spays, unlocked heroes, merits, and more.

This is good news for everyone, as I doubt the community would be fond of a complete loss of items in order to play the newest game. Developers have even claimed to be focusing extensively on Overwatch 2, thus neglecting Overwatch for the moment.

With no exact release date for the second installment, it is easy for fans to grow desperate and restless. Hang in there, folks!

I, however, feel as if the ever-present wait for Overwatch 2 might result in being counterproductive. As developers continue to use Overwatch 2 as a shield against criticism regarding the lack of content for Overwatch, the expectations on the second installment are an all-time high.

So high, I fret, that they might easily become unattainable. I, for once, am scared that once Overwatch 2 is released, the game falls short of its loyal fanbase’s expectations. After all, with so much secrecy regarding the development of this game, speculations are high.

This might be what Blizzard Entertainment was aiming for: to create a buzz in order to promote their game and have a crushing release, similar to Overwatch’s. We can only hope, however, that this game excels and gives us all the experience we have thoroughly awaited.

So, is Overwatch really dying?

As a franchise, I’d say no. As an installment, maybe. But it is meant to die, anyway. With the arrival of Overwatch 2, the first instalment will be deemed as deprecated. While players will still be able to engage in PvP modes, access the new heroes and maps, the PvE mode will only be available in Overwatch 2.

Games often have player spikes throughout their course and perhaps Overwatch is simply suffering a temporal lack of interest. As most players leave due to their concerns regarding the lack of content and meta in the game, they might return for the release of Overwatch 2.

Hopefully, the team behind the Overwatch franchise has taken the time to listen to their fans and fix their mistakes in the new installment. If all goes well, perhaps next year will be a grand one for Overwatch and their community.