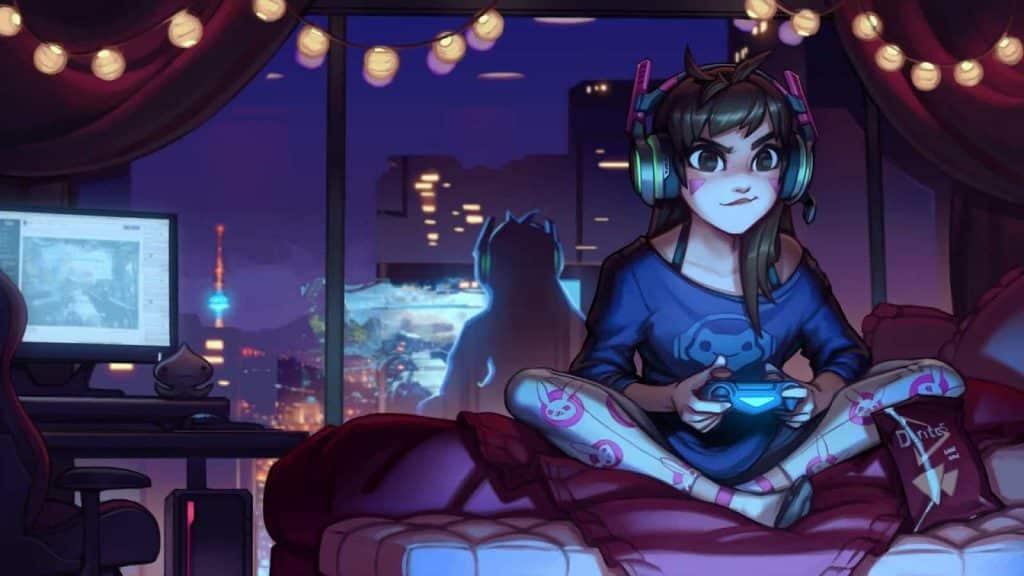 Womenfolk are usually stereotyped as using the internet to only upload videos on critically panned platforms like Tiktok, Snapchat, etc.

Well, times are changing; women are gradually switching their interest to the gaming world. Some have even started streaming their gameplay on popular video-sharing websites like YouTube, Twitch, etc. Pro-female gamers are slowly but steadily climbing up the ranks.

From winning online tournaments to getting endorsements by streaming their gameplay on streaming websites.

We have analyzed and ranked the 10 best professional female gamers, according to their earnings. Now let’s find out who is the richest of them all.

Pokimane, a Moroccan-Canadian gamer, rose to fame by streaming her gameplay on the Twitch platform.

She was studying chemical engineering but later dropped out to focus on her streaming career with her two favorite games, League of Legends and Fortnite. She is also a member of Offline TV, which is like YouTube but limited to a group of content creators.

Imane Anys is known for making controversial statements. The recent one was so bad that she apologized to the community and took a break from streaming to clear her head.

However, she is one of the most popular individuals on Twitch, and Shorty Awards had bestowed the title “Best Twitch Streamer” back in 2017.

Pokimane is also starring in the Ryan Reynolds’ movie Free Guy along with other popular online celebrities. This gamer girl has 8.9million followers as of 08 June 2022, making her the 6th most followed Twitch user.

Kristen Michaela is one of the smartest gamer girls on this list – she was on the route to becoming a surgeon. But she changed her mind and switched her degree to business and later, to gaming.

The versatile gamer has accounts on most social media platforms including Instagram, Twitter, etc. She also tried her hand at hosting as she interviewed celebrities and invited them to play a game with her.

Kitty Plays one of the most renowned female pro gamers on Fortnite with more than 1.1 million subscribers on Twitch and 630,000+ on YouTube. Daily live video streams have an average of more than 1200 viewers.

The gamer has a Great Dane, Yuri, which often makes appearances in her videos as her co-star. She is one of the most preferred influencers or gamers along with Ninja by Fortnite.

Ant1ka is the Russian female pro gamer, famed for her skilled gameplay on Counter-Strike: Global Offensive. However, when it comes to gaming, she is badass, winning multiple tournaments on CS:GO.

Anna Ananikova is a down-to-earth person and respects her fans. She recently revealed that her mother had contracted cancer and asked her fans to raise money for the treatment.

Although she is highly skilled, she is yet to make her mark in the cash-rich tournaments. The maximum amount she has ever won for any tournament is just $20,000.

ZAAz is one of the most experienced female gamer around, having participated in more than 32 tournaments.

The gamer girl entered the virtual world when she was just 14 years old, and now, she is a member of Besiktas eSports. She also has affiliations with Alternate aTTaX and Fnatic, organizations well-renowned for stacked player pools.

Zainab Turkie is the highest-ranking female esports player in Sweden. She is the host of an eSports casting TV show called GamerZ, where she tries to find new pros of the game and interview them.

Zainab takes her gaming career seriously and practices more than 8 hours a day. Initially, she received a lot of flak from her parents but now she is a successful gamer with endorsements from companies like SanDisk.

Sarah Lou is the only British female esports player on this list; she ranks 96th on the all-time gamer list in the UK. She ranks 2656 in the global gamer’s list, with earnings equal to $50,000 from just one tournament.

Sarah Harrision loves Dead or Alive 4. Her sister Ruth is also a professional gamer, and they are a force to reckon with when they play together.

Her fans and followers have aptly named the siblings as the Williams sisters of e-sports. But sadly, we don’t see her participating in online games anymore.

Marjorie Bartell is one of the earliest gamers to get invited to the final of Championship Gaming Invitational. Her channel name is derived from one of the characters in Dead or Alive.

Marjorie Bartell is a software engineer who loved testing out her gaming skills. She had participated in the Dead or alive 4 tournaments in 2006 and won $5,000 as the runner-up.

The gamer took her defeat seriously, practiced hard for almost a year, and won the tournament the next time out, taking her earnings to a total of $55,000.

Marjorie followed a similar pattern like Sarah Lou and did not participate in other tournaments.

Hafu (above picture) or Rumay Wang is one of the most famous female gamers around, and she served as an inspiration for many female gamers today. Born in Massachusetts to Chinese parents, she grew up in Lexington city and was introduced to MMORPG World of Warcraft by her close buds.

Rumay is extremely popular on Twitch, with several thousand viewers logging in daily to watch her videos. She has more than 1.3 million followers on her channel, and she has appeared on Legends of Gaming hosted by Smasher.

Rumay hates discrimination against women in the gaming world and has opposed it unflinchingly.

Ricki Ortiz (above picture) is a fighting game player with a special affinity for Street Fighter. She has been in the online gaming world since the 2000s, and her name has continuously popped up in the top ’20s at high-value tournaments.

She was destined to be a metalworker or an engineer, just like her parents. However, Ricki broke the shackles and spent most of her time at arcades, which helped to build a strong foundation for her gaming career.

Ricki Ortiz came out of the closet as a gay man in 2003. However, it still didn’t feel right. During the course of RuPaul’s Drag Race, Ricki realized that she is a transgender woman.

Unfortunately, this revelation opened Pandora’s box as she faced harassment in the live-chat boxes. This onslaught sent her into depression, and it took 2 years for her to get out of it.

The good news is that Ricki started her transition in 2014 and hasn’t looked back again. High five for that Ricki!!

Mystik’s name sounds familiar, right? For many of us, the name Mystik reminds us of the character from X-Men, who could shapeshift into any person she desires.

Even though Katt Gun doesn’t have the incredible X-gene in her, she is a versatile gamer with superiority in games like Hearthstone, H1Z1: Just Survive, Halo, Super Puzzle Fighter II Turbo, etc. She is the Guinness world record holder for the highest-earning female gamer in 2016.

Although the record book says that her earnings are close to $122,000, it excludes her earnings from the 2007-2008 CGS tournament.

If you add all those factors into her income, the total earnings come to $160,000 as her minimum salary during those years was close to $30,000.

Katt loves to wear costumes, and she has cosplayed several characters ranging from Sleeping Panda to Selene. She is also the marketer, model, and influencer for Gigabyte, Newegg, and multiple other brands as well.

Liooon is the first professional female gamer to enter the Hearthstone Grandmasters Global Finals and BlizzCon Esports tournament. She is also the first woman to achieve victory in the BlizzCon Global Championship.

In 2019, she created history by becoming the first female gamer from Mainland China ever to win the Hearthstone Grandmaster Global Championship. She is arguably the best female esports player on this list.

Li revealed that she was mocked for being a girl by a male member when she was a backup for the Hearthstone Championship.

She was hurt and gave a sensational speech on stage as follows:

“I want to say for all the girls out there who have a dream for Esports competition, for glory, if you want to do it and you believe in yourself, you should just forget your gender and go for it.”

It is shocking to see that female gamers face discrimination for following their passion even today. Liooon gave a fitting response by winning multiple tournaments.

Scarlett is the reigning queen of professional female gamers. She is a Canadian gamer who is known for playing StarCraft II and is also the first woman to win a tournament in it.

Sasha was so good at StarCraft II that she was known as the Korean Kryptonite. She was the only non-Korean in the Red Bull Battle Grounds 2014 finale.

Sasha has also tried her hand at DOTA 2, but it wasn’t a successful venture. She came to StarCraft II just after a few months.

Sasha, just like Ricki Ortez is a transgender woman and has explicitly expressed that gender has no relevance in gaming with Ricki echoing her thoughts.

What Percentage of Gamers Are Female?

The gaming industry is still dominated by male pro gamers. Yet the number of professional female gamers are increasing over the years. According to Statista, 41% of video gamers, and 46% of game purchasers, are women.

As with all male-dominated spaces, women and other genders do face discrimination, even more so at professional levels.

Ultra-high competition does bring out incoherent behavioral patterns, yet this does not necessarily apply to the top pro male gamers around.

Female gamers are making it higher and higher in pro competitions, even winning some. It is only a matter of time before male and female gamers are truly at par with their earnings.

It is refreshing to see more girl gamers in the online gaming world, and it will only increase in the coming years. However, it is appalling to see the way LGBTQ community is being treated. Discrimination is rampant but it is heartening to see that pro-level gamers are squarely against it.

Either way, female gamers are gradually on their way to the top 10s. Matter of fact, female gaming pros can typically earn a lot more than men via streaming and branding. We will surely see more women gamers in the coming years.