How to Make It Snow in Minecraft 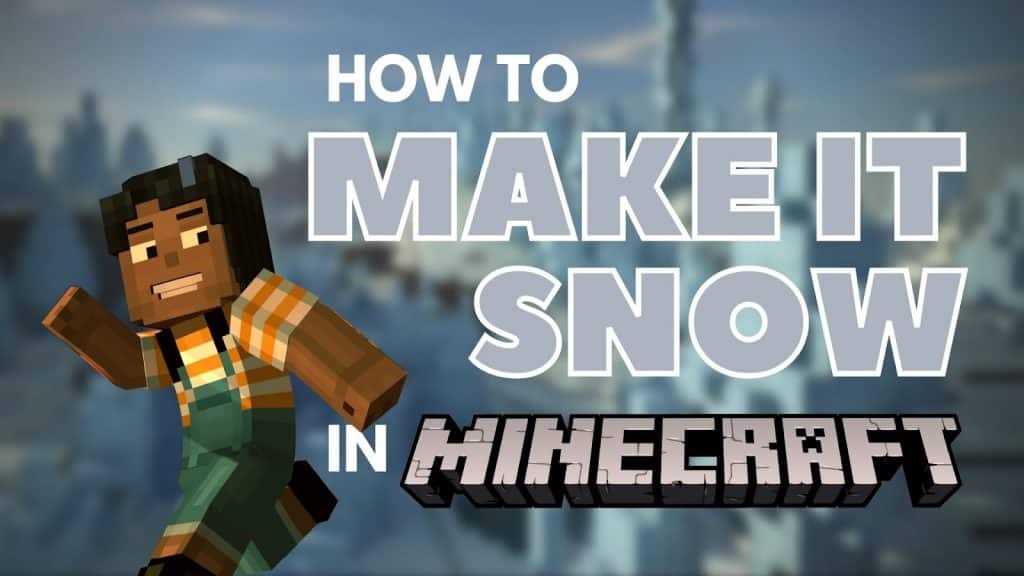 Minecraft features a weather system that adds a bit of variety and depth to an already great game. Weather in Minecraft doesn’t just change how the game looks and sounds, it affects gameplay, too.

For example, rainy weather affects the spawn rates and behaviors of certain mobs and thunderstorms reduce the world’s light level, allowing enemy mobs to spawn where they usually wouldn’t.

With cheats, you can toggle the weather effects at will. Here, we’re going to talk about one of the coolest weather effects in the game, snow, and how to make it snow in Minecraft.

How to MAke it Snow in Minecraft

Before creating your world, make sure you have Allow Cheats: ON. Enabling cheats allows you to input special cheat commands in the game’s chat.

The commands that activate and deactivate weather effects in Minecraft are considered cheats.

Unlike the other weather effects, which can be activated in almost all biomes, snow only occurs in high altitudes or in biomes with temperatures below 0.15.

This means it cannot snow in dry and hot biomes, like deserts.

Snowy biomes like snowy beaches, snowy taigas, and snowy plains are all perfect if you want to make it snow.

You can also look for high-altitude zones, though some biomes don’t generate places that are tall enough to generate snow.

Check out this table below with the different altitudes that snow can occur at for each biome:

Once you’ve found the right location for snow to fall, all you have to do is input the command to activate rain.

Open up your chat console (you do have Allow Cheats: ON, right?) and type in the following command:

Replace [duration] with however long you want the weather effect to last in seconds.

Wait… I thought you were showing how to make it snow in Minecraft!

Essentially, rain becomes snow if it happens in a location that’s cold enough (kind of like in real life).

Just like with rain, snowstorms cause a decrease in world light levels by 3. Moonlight remains the same, at light level 4.

How to make it snow in Minecraft without a snow biome?

Since Minecraft treats rain and snow as the same weather effect, snow can only occur in locations that fulfill the requirements for the rain to turn into snow (temperature lower than 0.15).

This makes snowy biomes particularly well-suited for snow since they’re naturally very cold. Snow is also possible in non-snowy biomes at very tall heights, since the higher up you go, the lower the temperature is.