How to Breed Pigs in Minecraft 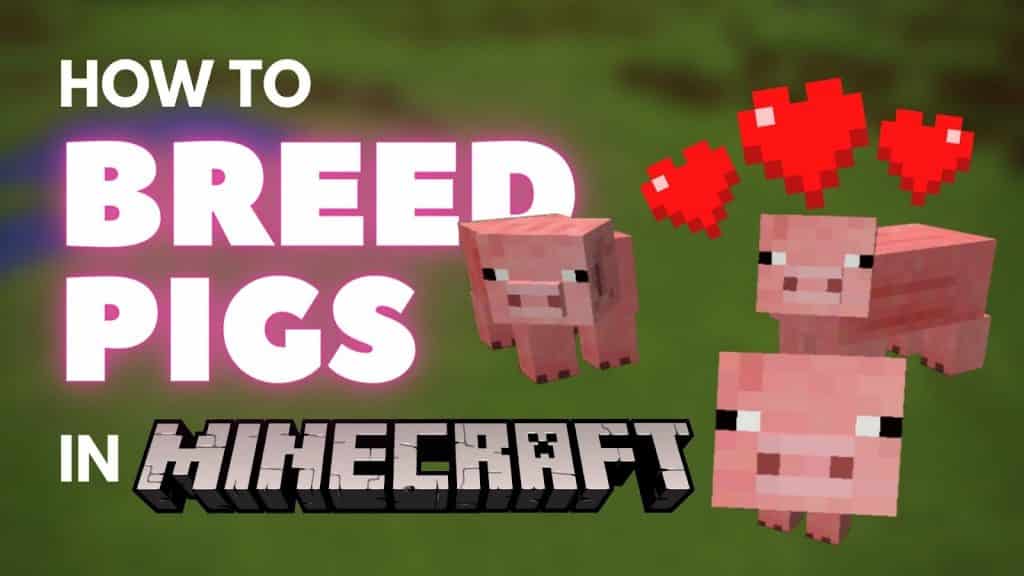 The pig is a common mob that inhabits most grass biomes. It’s a great source of food—the pork chops it drops when killed heal 3 hearts when eaten raw and 8 hearts when cooked.

For this reason, it’s useful to have a ton of pigs that you can quickly farm for pork chops, but having tons of pigs will require you to know how to breed pigs in Minecraft.

Luckily, pigs are easy to find and even easier to breed. With a whole farm of pigs at the ready, you’ll always have food for your excursions into the great, blocky unknown.

Read on for the complete rundown on how to breed pigs in Minecraft.

How to Breed Pigs in Minecraft

To begin, you should know that although they are very common, pigs don’t spawn in every biome in Minecraft.

In the Java Edition of Minecraft, pigs spawn on grass blocks in groups of four. The grass block they spawn on must have a light level of at least 9 and it must be located in an Overworld biome in which grass naturally occurs.

You can also find pigs in villages locked up in animal pens, backyards, and stables.

Breeding pigs takes some time, and you’ll find it hard to keep your pigs in one space. So, to keep them from wandering off into nature, you’ll need to prepare a pigpen to keep them corralled.

You can use whatever materials it takes to make your pen—grass blocks, a hole in the ground, wooden fences—just be sure it’s not something they can easily hop over (yes, pigs can jump!).

Step 3: Lure the Pigs Into Your Pen

You can draw pigs into your pen with carrots. Equip a carrot and walk up to a pig; it will start following you around. Lead them toward your pigpen, then once they’re inside, close the gate so they can’t escape.

You need two or more pigs to breed, so do this at least one more time. Take care that the first pig doesn’t escape while you’re leading the second one into your pen.

You can pick carrots from village gardens or by killing zombies.

Step 4: Breed the Pigs by Feeding Them

Now it’s time to get the pigs to make babies. In Minecraft, you breed pigs by putting two or more together and feeding them until hearts appear above their heads.

Pigs love to chow down on carrots, beetroots, and potatoes. A few moments later, a tiny baby piglet will spawn in your pigpen.

You’ll have to wait a day to enjoy the fruits of your labor—piglets don’t drop pork chops. After one in-game day (20 minutes of real-world time), your piglet will have grown into a full adult oinker and is ready to be slaughtered for delicious pork chops.

For a more hands-off approach to pig breeding, toss some food into your pen and go about your day. When you come back, you’ll find your pigs have done the deed while you were gone and supplied you with more swine to turn into your next meal.

How to ride a pig in Minecraft

Just like horses, pigs are rideable in Minecraft. However, you’ll need a saddle to do so, and surprisingly, those aren’t craftable in Minecraft, so you’ll have to find one.

You can find saddles in chests, by fishing (only a 0.8% chance), by killing striders and ravagers, or by purchasing them for 6 emeralds each from a master-level leatherwork villager.

That was our guide on how to breed pigs in Minecraft. Now that your pig farm is up and running, you have an endless source of food to keep your hearts up the next time you walk into a mob-filled cave or stronghold.