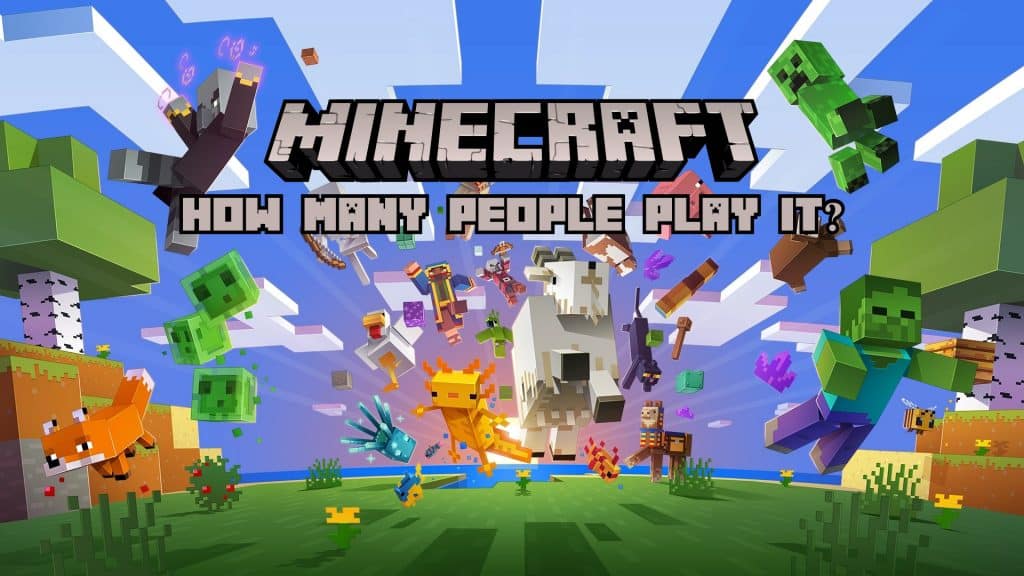 Released in November 2011, Minecraft quickly attracted a pool of imaginative creators and became one of the most popular and the best sandbox games in the world.

This world of 3D builders has infinitesimal possibilities for the right imaginative minds, and the continuous improvements from Mojang Studios have kept Minecraft fresh and attractive even after a decade.

Yes, It’s been over a decade since the first release of Minecraft- feel old yet!

Don’t sweat if you do, because you’re not the only one trying to run back those years. Stats show, there are still a lot of people playing Minecraft in 2022, putting their creations on show.

Here are some stats to back our claims.

How Many People Played Minecraft in 2021?

2021 was a big year for Minecraft as it crossed 140M players in August 2021. And by the end of December 2021, Minecraft was hosting 175M average monthly players as per activeplayer.io.

Evident from this table, Minecraft experienced slow but steady growth in the monthly player average. This is a clear sign that the community is only getting bigger with every passing day. And if you are thinking of dropping back in, there’s never been a better time.

How Many People Are Playing Minecraft Right Now?

Depending on when you are reading this article, the number of people playing Minecraft could be anywhere between 1 to 100M. Minecraft did hit a peak of 16,109,631 players playing in a single day during December 2021.

So, to know how many people are playing Minecraft right now, you’re better off using Minecraft live player counters like activeplayer.io or playercounter.

How Many People Play Minecraft in 2022?

Minecraft made a strong start to 2022, with over 174M players tuning in during January 2022. These numbers, although not as high as other games, show that Minecraft is far from dead just yet.

In fact, it’s still part of the Top 10 Twitch Games list- coming in at 9. Statista’s graph shows that Minecraft’s peak on Twitch was during the pandemic when people nearly watch 88 million hours of Minecraft streams in 2021.

But, it’s starting to dip ever since.

In February 2022, the number fell to 173M and March-end numbers show a further loss of 1,449,027 players. Moreover, Twitch viewers have sliced down on Minecraft as well, with only 60 million watch hours in January 2022.

So, the decline is not in the players only, people are also consuming less Minecraft-related content in 2022.

Could this be the beginning of the end for Minecraft, only time will tell. But it won’t be a surprise to see a game prevail that’s evolved and survived for so long.