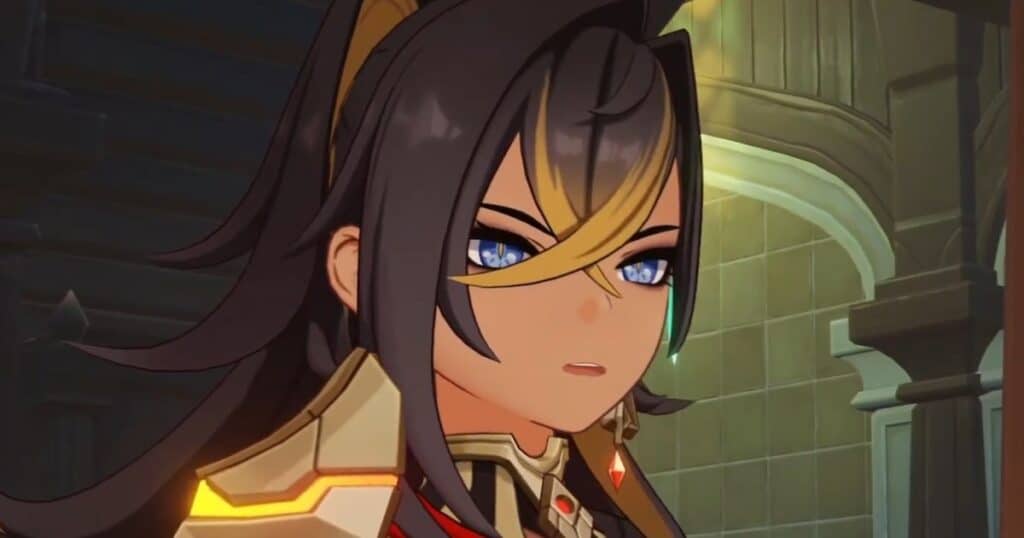 A gameplay animation leaks for one of the coming characters, Pyro claymore user Dehya!

An upcoming character’s gameplay animations for Genshin Impact leak online, showing the Pyro user Dehya in action. Moreover, she will be available in the next update 3.5 on March 5th according to HoYoverse’s typical update schedule, as verified by the game’s official social media accounts. Dehya’s introduction as a brave mercenary of the Eremites was a pivotal moment in the larger plot of Sumeru.

In a recent video, the popular Genshin Impact leaker dimbreath unveils Dehya’s in-game movements. The video suggests that Dehya will equip a special set that lets her switch easily between using her claymore and fighting on foot. Moreover, unlike any other fighter on the team, Dehya’s Normal Attack consists of two claymore blows followed by two fists.

Fans generally approve of her attire, which is good news that Dehya will be the first bruiser in Genshin Impact. Furthermore, Genshin Impact leaks in the past have shown more of her gear, allowing her to function as both a main DPS and a sub-DPS.

Molten Inferno is Dehya’s Elemental Skill, and it allows her to do area-of-effect Pyro damage and generate a field called Fiery Sanctum. Moreover, Dehya can perform a leaping strike that does additional area-of-effect (AoE) Pyro damage and recreates the Fiery Sanctum at her new location if the field is already active. Enemies hit while inside the field incur increased Pyro damage, and active characters are less likely to be interrupted.

Still don’t have a clue on how to play Genshin Impact on PC? Here’s a complete in-game walkthrough.

According to the YouTube video, her Elemental Burst will allow her to engage in hand-to-hand combat exclusively for a limited time. During this time, Dehya will inflict constant Pyro damage on adjacent enemies, and at the end of the effect, she will perform a kick called the Incineration Drive, which does enormous Area of Effect (AoE) Pyro damage.

Many players assume that Dehya and Mika will share a Limited Character Banner because of the recent upgrades’ practice of rotating all new characters onto the same banner cycle. The rarity of Mika is predicted to be four stars while that of Dehya will be five.

Not a fan of fire and flames? Kaeya should be the perfect character for you! Here is the icy cavalry captain’s complete guide.