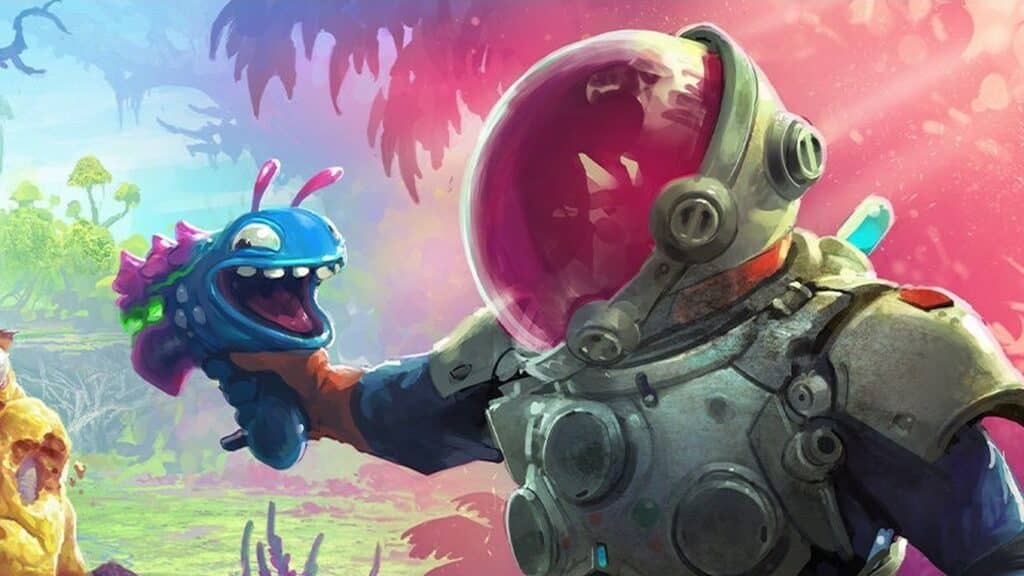 Although it did not enjoy the best day at the office as far as critics are concerned, the public spoke on their judgment of High On Life. Straight from the creator of the seminal Rick and Morty TV series, and the game burst onto the scene seemingly out of nowhere.

And the judgment was incredibly positive! High On Life became the most-played game on Xbox Game Pass, beating out the likes of Fallout 76, Forza Horizon 5 and more.

So, here are some of the best games like High On Life for you to take a look at. Read on!

Best Games Like High On Life To Play in 2023

When it comes to some of the best games like High On Life on the PS4, Ratchet and Clank: Rift Apart is right up there.

Our first game on the list made sufficient use of the PS4’s graphical power. Beautiful environments, a charming story, and a game mechanic that was as great to watch as it was to see in action.

While it is hard to believe that the series is now touching 2 decades old, Ratchet and Clank remains as fun as it ever was, and continues to provide hours of fun to both longtime fans of the series as well as newcomers.

Get Ratchet and Clank: Rift Apart

If you are tired of playing your own side in the age-old humans vs aliens trope, why not flip it around?

Launched in the heyday of oddball greenlit projects from every publisher out to try and make a name for themselves, Destroy All Humans is exactly what it says on the box.

The game has you control an alien (looking like the quintessential alien figure made popular by pop culture) as you go on a rampage vaporizing and collecting humans and other animals. And yes, there is also the small case of huge laser guns and all the DNA collecting you could possibly do.

Rule over the earth and answer to no one? Sounds like a great afternoon session of gaming to me.

Get Destroy All Humans

If you are on the green side and prefer looking for the best games like High On Life on Xbox, you might be more inclined to check out one of the greatest hits on that platform.

Available on every Xbox console and on PC on Game Pass, Psychonauts is both a casual comedy action game and a riveting story about the human mind and the variety of things that affect and govern it. Razputin is one of the best protagonists to ever be put to paper, and the art style of the game is one to savor for ages to come.

Try not to miss this one if you only play one game on this list. Highly recommended.

Although the recent release was something of a bomb, and not in the way that fans had expected for so long, let’s not forget that the Saints Row series made its name as a parody of a game that was a parody of the world we inhabit currently.

A sudden fall from grace is common, but the high point of comedy and silly, goofy antics has to be Saints Row 3. Playing as the leader of the Saints, you go on a journey to become one of the most violent, funny, suave leaders of the free world.

A criminally underrated game. Think of Sunset overdrive as the High On Life that existed before Justin Roiland decided to make the game.

One of the best selling games on the Xbox One back in the day, Sunset Overdrive put a fresh spin on the zombie-horde killing fantasy with a unique art style, great platforming, movement mechanics, and of course, the crafting and weaponry.

Although it has since vanished into obscurity, Sunset Overdrive can still be found on Game Pass, where it sits for someone to pick up and enjoy when they want more of High On Life.

Famed for the storyline, characters, bonkers guns and the variety in replayability and original gameplay, Borderlands 3 has been lauded as one of Gearbox’s finest games.

Starting off as most of the games in the series do, you make up one of 4 vault hunters that land on the planet of Pandora in search of some Vaults that need hunting.

Funny, atmospheric and gory, Borderlands 3 is something everybody should experience at least once in their lives, especially with our Borderlands 3 shift codes guide.

Another effort from Squanch Games, the developers behind the rage that is High On Life right now, if you want more of the same art style and Rick’s signature brand of humor, Trover Saves The Universe.

Nonsensical plot aside, the game is a ton of fun if you are just winding down after a long day at work, or are just looking to chill on a Sunday afternoon. And the game is exactly what it says on the box. You play as Trover, who must save the universe while, get this, rescuing his pets.

Again, if you have the stomach for this art and style of storytelling, you are going to have a lot of fun with Trover. I mean the game, of course. *burps*.

Get Trover Saves The Universe

Borrowing from the success of classics such as The Truman Show and Groundhog Day, The Stanley Parable is a confusing mess, and that is what makes it so beautiful and thought-provoking.

One of the many joys of playing The Stanley Parable is obviously the AI in the form of a UI, which talks to you sardonically, offering quips and digs at Stanley’s life. But the best part about it is that every choice you make has the potential to take you somewhere you will not expect from a game like this.

In any case, The Stanley Parable is a must-play for its fantastic story and infinite replayability. For fans of this genre of games, check out games like Undertale for similar and great experiences.

Get The Stanley Parable

And that’s it. These titles should be on anyone’s games like High On Life list. Let us know if you would add any more.