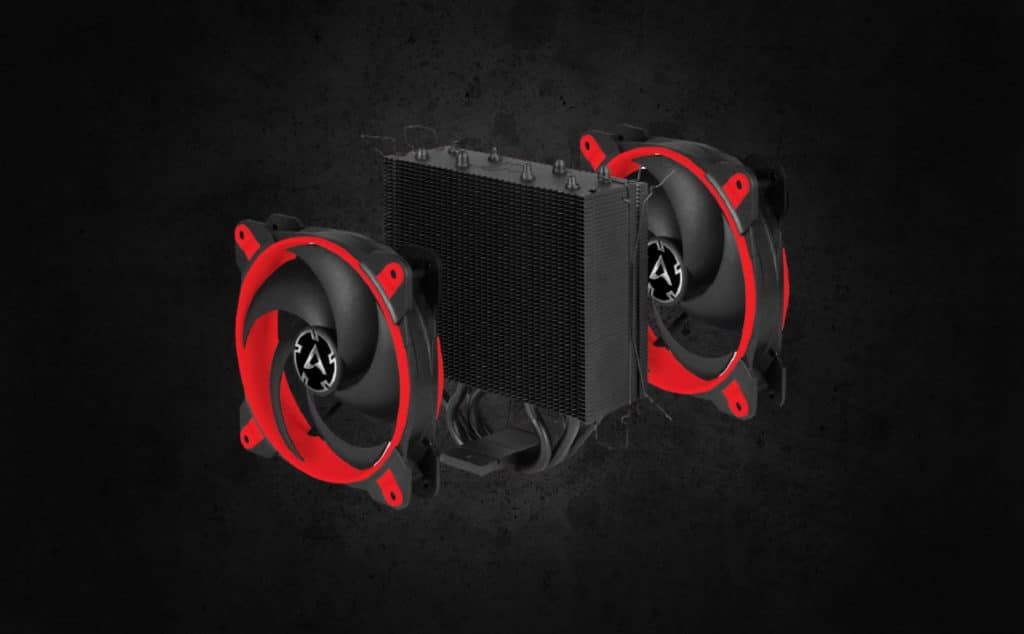 If you do not want to melt down your CPU when overclocking to squeeze out every bit of performance, we would recommend investing in a beefy CPU cooler. When you’re overclocking your processor, you will need a high-end CPU cooler to maintain the cool inside the case.

CPU coolers come in different shapes and sizes, and at times it can be a bit hard to choose the right one. Especially, when it’s about overclocking your CPU.

Things like CPU socket, RAM clearance, and chassis dimensions come into play and you’ll need to be very careful if you want a legitimate CPU cooler for your battle station.

Aside from the regular 120mm fans, you will also need a custom CPU cooler if you’re planning to overclock your PC. Because without proper ventilation, there’s a risk that you might end up damaging your PC internals.

There are numerous CPU coolers available in the market but we’ve collected some of the best CPU coolers for overclocking that you can get your hands on. So without further ado, let’s get right into it. Which Is Better, Air Cooler Or Liquid Cooler For Overclocking?

A liquid cooler is very much effective when you’re overclocking your PC but they’re extremely expensive, and you’ll need to spend a substantial sum of money to get your hands on one.

Besides, installing and maintaining a liquid cooler is a bit complicated and unless you know the ins and outs of a gaming rig, we don’t recommend a liquid cooler.

On the contrary, a custom air cooler is also quite effective in reducing core temps when you’re overclocking your CPU. And the best thing about them is that they’re quite cheap, unlike liquid coolers or custom water cooling systems.

And they’re quite easy to install as well.

Should you overclock with stock cooling?

Unless you’re rocking a Core 2 Duo processor, overclocking your CPU with a stock CPU cooler is extremely dangerous and could burn down the whole rig.

Having a custom CPU cooler will keep the temperatures cool while a stock cooler wouldn’t be able to hold up its end of the bargain.

Stock coolers get clogged easily because there’s not much protection and only offer a single heatsink. But with custom CPU coolers, you’ll get additional heat pipes that keep the CPU chilly.

Don’t let the retro exterior fool you. Noctua NH-D15 with a mix of brown and beige is the most effective CPU cooler that you can get your hands on. The awkward color scheme will surely not go smoothly with an RGB-lit setup but, when it comes to cooling, Noctua NH-D15 is an excellent choice and it doesn’t make much noise either.

Most CPU coolers at 100% tend to hit the 50dBA+ mark but NH-D15 is extremely quiet and you’ll never complain about its noise level. Specification-wise, NH-D15 features 2x140mm fans backed with dual-heat sinks and 6 heat pipes to take the heat away from the processors.

For overclocking and quiet builds, Noctua NH-D15 is a dream come true but its double-decker build will require you to have a spacious chassis.

Furthermore, Noctua NH-D15 can be mounted on LGA-1151 and LGA1200 processors which means that if you’re running an Intel 9th or 10th-gen processor, you could easily install this CPU cooler in your rig.

NH-D15 is also compatible with AM4 chips which means that people with Ryzen builds can also get their hands on this beauty.

Noctua NH-15 might not be the first choice for many gamers because of its color scheme but when it comes to cooling and noise levels, no other CPU cooler can top Noctua NH-15.

A standard CPU cooler with a heatsink and a fan won’t cut it for you if you’re planning to overclock your rig and that’s why you need a double-heatsink cooler.

Cooler Master MasterAir MA620M is a double-heatsink CPU cooler with a gigantic exterior that will only fit inside large ATX or E-ATX cases.

Inside it, you’ll also find two sets of heat pipes and an SFR120 fan which will keep the CPU from reaching critical temperatures.

Similar to Noctua NHD15, MasterAir MA620M is also quite expensive and you’ll have to pay a large sum of money to get your hands on this one but it is worth every single penny. Additionally, you’ll get some flashy RGB lights on its head with a mixture of the glossy and matte-black exterior.

For overclocking, MasterAir MA620M is a very decent choice and we’re impressed with its unique architecture. As for the noise, SFR120 is a very quiet fan and at 100% load, it will remain at less than 37dBA.

MasterAir MA620M can be mounted on AM4, LGA1200, LGA1156, and many other CPU sockets which means that all the latest mainstream CPUs are compatible with this CPU cooler.

In short, this CPU cooler is another decent option for you if you’re looking for a CPU cooler for overclocking purposes.

Looking for a quiet CPU cooler? Be quiet! Dark Rock 4 got you covered. The BK022 is a dual-heatsink and dual-fan CPU cooler that features 2x135mm fans to offer the desired airflow when you’re overclocking your processor.

Be quiet! Is quite famous for manufacturing high-end silent coolers and other peripherals and one thing that we’ve learned over the last few years is that these silent beasts are very reliable and would offer the best bang for your buck,

A dual-heatsink is recommended for those who will be overclocking their CPU because it increases the heat capacity and would suck the heat from the processor.

Moreover, you’ll also get 2 x 135mm PWM fans that are extremely silent and you could also control their speed as well. Although at max speed, you might hear minor noise from the fan.

A total of 7 heat pipes are also featured with this CPU cooler and this thing alone makes it one of the best options for overclockers. But, the only downside of Dark Pro 4 BK022 that we see is its high price. You’ll have to spend somewhere around $100 to get your hands on this one.

As for compatibility, BK022 can be mounted on LGA115, LGA1151, AM4, LGA1151, and more. Also, be quiet! ensures that their CPU cooler is also compatible with 10th-gen Intel CPUs but we couldn’t find much evidence of it on their official page.

Lastly, be quiet! Dark Rock Pro 4 BK022 is an excellent air cooler for overclocking and despite its high price, we’d still recommend it to you.

We’re all familiar with MSI and its reliable products that have been serving us for many years. For overclockers, MSI Core Frozr L is yet another excellent option if you want a low-profile air CPU cooler to keep an efficient airflow around the processor.

This CPU cooler from MSI comes laden with multiple heat pipes that you usually find inside a high-end graphics card and a single 120mm fan backed with an aluminum heatsink.

It’s a bummer that MSI didn’t include the second fan as well because there’s a visible 120mm fan mount where you could easily install a secondary fan. However, for this price, I don’t think that we should be complaining much about it.

MSI is not quite famous for manufacturing CPU coolers but this one surely turned some heads and offered excellent performance.

For gamers that are rocking mini-ITX cases, MSI Core Frozr L is an excellent option and would offer insanely good core temps.

Last but not the least, Arctic Freezer 34 is also a reasonable choice for gamers that are interested in overclocking their rigs.

Arctic Freezer 34 features the cutting-edge 3-in-1 technology where you’ll find a solid heatsink attached with a few heat pipes and a couple of 120mm fans at each side to maximize the airflow around the processor.

The exterior and the build quality of the product are quite satisfying and after taking a closer look at its heat pipes, it is safe to say that Arctic Freezer 34 would offer the desired airflow.

Furthermore, the price is quite reasonable as well and you won’t really have to spend too much to get your hands on this one.

As for the noise, Arctic Freezer 34 is known to have silent fans that won’t make much noise even at 100% load. Moving on, the only downside of this air CPU cooler is that it is extremely hard to mount and even harder to clean and maintain.

Some of them are high-end coolers that will cost you a serious amount of money while some of them are budget-oriented and wouldn’t break the bank. Regardless, any one of these options would treat you well in the long run and you’ll surely get your money’s worth.