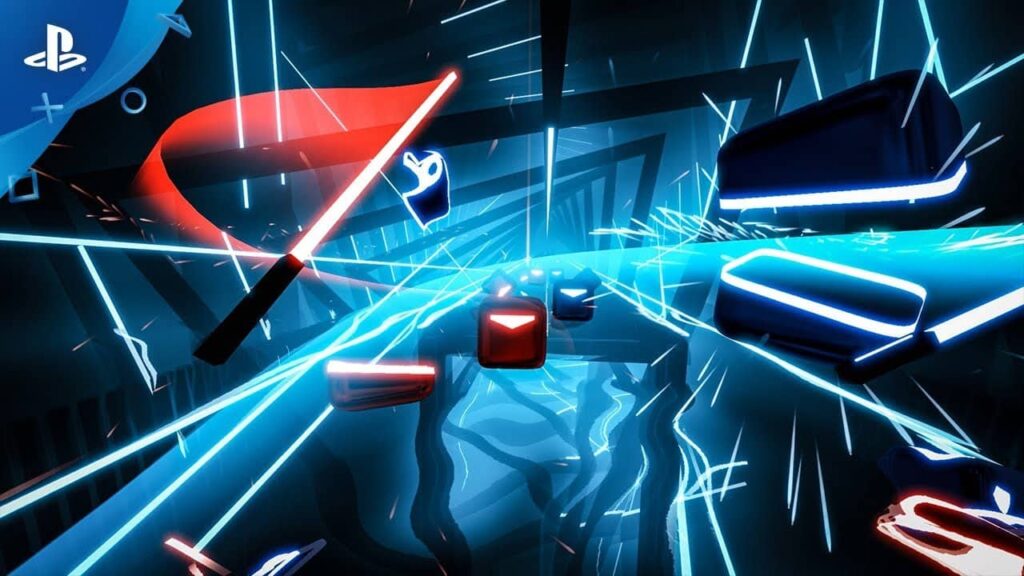 Experience one of the best VR games, Beat Saber, in PlayStation’s Virtual Reality 2!

Even though Beat Saber was available on the previous-generation PS VR, its acquisition by Meta in 2019 makes it a major announcement.

Considering that Facebook acquired Beat Games in 2019, you might think that the newly rebranded firm, Meta, would try to lock down the popular rhythm game to only its VR systems. However, Beat Games continues to offer Beat Saber on other platforms, including the PS VR.

As the first virtual reality (VR) game to crack Steam’s Top 100 list, Beat Saber is a pioneer in the VR gaming industry. The game was created in May 2018 by Beat Games of Prague. Moreover, PlayStation VR 2 launches next month and you can have it for $530 (about £530).

PlayStation CEO Jim Ryan reveals Beat Saber’s impending release for PS VR2 at CES 2023. They also promise that the PS VR2’s pre-orderers will have Beat Saber at some point. Whether or not this upgrade will be provided at no cost is unknown at this moment, but we should learn more in the coming weeks.

Not only that but Gran Turismo 7 will be joining Beat Saber on Sony’s launch, as well as Sony’s announcement of their new console support for people with special needs.