World of Warcraft: Dragonflight Season 1 Commences — Here’s What You Need to Know 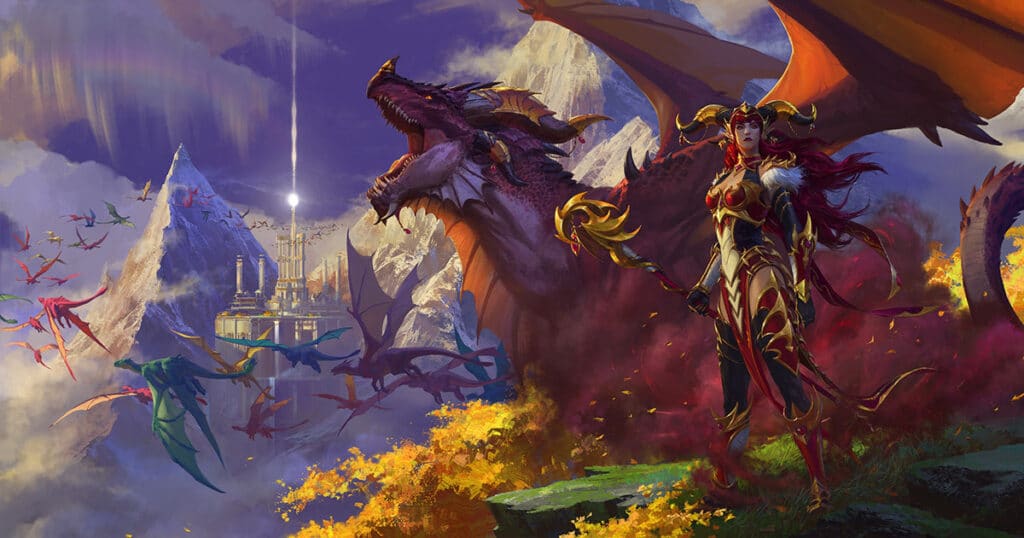 Blizzard has decided to throw some new difficulties at the numerous adventurers of Azeroth who are playing World of Warcraft: Dragonflight now that they have had a couple of weeks to get accustomed to the game.

These new challenges can be found in the Dragonflight Season 1 content. Raszageth the Storm-Eater, the antagonist of this expansion, has collaborated with her fellow Primalists to break into the Vault of the Incarnates. As a result, the heroes of the game will have to enter the Vault of the Incarnates and fight their way through eight different boss encounters in a brand-new raid in order to stop the villains’ plot.

The Mythic, Heroic, and Normal levels of the Vault of the Incarnates raid may be faced immediately, which is a bit of a novelty because raiders often do not get to begin on the Mythic difficulty level right away.

The story behind World of Warcraft: Dragonflight

The initial conflict between proto-dragons and dragonkind is tied into the first raid that Dragonflight undertakes. In the prologue of the Dracthyr series, Raszageth’s release from her incarceration stoked the flames of their rivalry with one another. She poses a significant threat when she is on her alone, but once she is inside the Vault of the Incarnates, she intends to liberate her siblings and bring their long-forgotten plot to free Azeroth of the Titans’ sway over the world to fruition. Unless, of course, you put an end to it, which is quite unlikely.

What you need to know in Dragonflight

When you defeat certain bosses, they will drop armour sets for the Primalist class. Equipping two pieces or four pieces of this armor will grant you a benefit to your abilities dependent on the specialization you have chosen. The visuals of these new sets aren’t really doing it for me, though the Hunter appearance does make me laugh. I’m assuming it’s supposed to look draconian, but in reality, it just gives the impression that Hunters are angry birds.

Along with the release of the first raid, a new dungeon rotation for Mythic+ was also introduced. In World of Warcraft Dragonflight dungeons, the cycle comes into four instances and the complete list is as follows:

Pros of Getting into Mythic+

Thundering is the seasonal affix for Mythic+, and it grants an additional 5% health to opponents while also cursing players with an undesired gift from Raszageth, which causes them to be overcharged with primal power. You will be rendered helpless if you do not release this power as quickly as possible.

You’ll be eligible for a host of new goodies if you raise your Mythic+ rating high enough. You will receive the “The Thundering” title if you spend 1500, “The Hailstorm Armoredon” if you spend 2000, and a dungeon teleport if you complete each dungeon with a score of +20 or higher. At the end of the season, players who finished in the top 0.1% in each region will be awarded “The Thundering Hero” title.

World of Warcraft: Dragonflight is a bargain for players

World of Warcraft Dragonflight players will be able to take on four new world bosses on a weekly rotation outside of dungeons, so be ready to hunt some enormous proto-drakes. The first of these is the dangerous Basrikron, also known as the Shale Wing, which is a rocky, green proto-drake. Gather a large number of people, and proceed to beat the loser.

With the release of this patch, the first Player vs Player season of Dragonflight has officially begun. You can get some new titles, mounts, and other items by going to the new arena known as the Nokhudon Proving Grounds, which is set in an area themed after centaurs. PvP awards include the title of “Crimson Gladiator,” the Drake of the Crimson Gladiator, a new appearance for Dragonriding, and themed sabertooth mounts for both the Alliance and the Horde. In addition, there will be a new weapon illusion, tabard, cloak, and pennant included in a future patch that will be released before the end of the first season.

Get awesome updates and guides on all World of Warcraft expansions!