The 7 Types Of Gamers That You Would See Everywhere 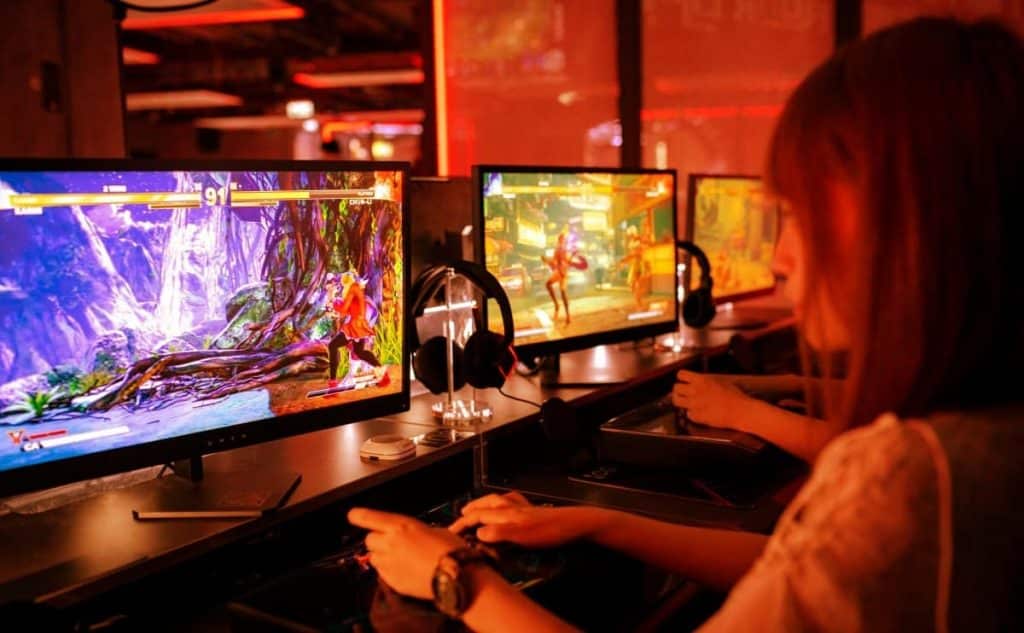 To an unprecedented group of outsiders who place both Angry Birds and Witcher III: The Wild Hunt under the same umbrella of ‘video games’, gamers may seem like a uniform bunch.

From an outsider’s perspective, an average gamer spends his days locked in a dark and dingy room in front of a scream, mashing buttons all day long and cussing their teammates for losing a 1v5 match after they were eliminated within 5 seconds.

However, if one dares to closely observe the wild gamers in their natural habitat, one will quickly realize that there are a number of subspecies of the genus ‘Gamer’. Just like any other herd of organisms, some species of gamers get along with each other and the world, while the other feral species wish to be left on their own.

There are various different types of gamers who can be broken down into a plethora of categories on the basis of their approach to the video game at hand, the time and money they spend on video games, the genres they like, and many others.

Today, we’re taking a look at some of the most common types of gamers that we’ve encountered in the wild.

This subspecies of gamers are super serious about their video games. For them, video games simply aren’t a pass time, but a battlefield where they must conquer all their nemesis and come out on top.

The super competitive gamers spend an unbelievable amount of time in perfecting their aim and other skills. You can find them playing video games anywhere from four to twelve hours a day. They are the ones who consider gaming as a real profession and thrive to be the best in the bunch.

If you’re just a casual gamer, you don’t want to play with them unless you have a high threshold to bear rage. Their favorite genre of games is, unsurprisingly, competitive games along the lines of Valorant and League of Legends.

The casual gamer is the polar opposite of the super-competitive gamer. Casual gamers aren’t serious about play, all they want is a good time. They don’t spend a ton of time playing games, just a few hours after work and on weekends.

They have an easy-going attitude towards games and hate challenges. Not finishing a game due to lack of commitment or simple loss of interest is pretty common among this species. Their favorite genres can range from single-player AAA titles to mobile games.

Animal Crossing is a particularly popular name among this bunch. The casual gamers stay away from competitive titles and the soul series games at all costs.

The PC Master Race Ambassadors play solely on PC. They look down on any other console or platform as an ‘inferior’ device. The members of this species do not play a game if their system can’t run it above 60 FPS.

They have a knack for RGBs and good cable management. The PC Master Race Ambassadors are fabled to spend more time spreading the gospel of PC gaming on forums and Reddit rather than actually playing video games.

Backseat Gamers don’t actually take the controller and play the games, they simply like to watch you play games while pointing out your drawbacks and pointing out directions.

They’re people of big words rather than actions. If you’re to believe their words, they’re the best gamer on the planet but they don’t have any proof to say the same. When you offer them the controller, they’re always reluctant to take it and always have an excuse for the same.

While a backseat gamer doesn’t have a particular genre of games, the more chaos going on in a game, the more delighted the Backseat Gamer will be. Massive respect to you if you can keep your calm with a backseat gamer’s constant chatter while you’re playing video games.

Have you ever heard the words “Mario 64 was the best!” or “Nothing can beat the original Zelda.” If so, you’ve already encountered an Old-School Gamer. They’re nostalgic gamers who never made their transition to 3D life-like graphics. To them, Mario and Castlevania are religions and Nintendo 64 and PS1 are temples.

Playing anything released in the 21st decade is heresy for them. Most old-school gamers are ripe in their age as compared to the young crowd that gamers are usually made up of. Their favorite games are the classics on old Nintendo and Atari consoles.

The trophy hunters are those maniacs who want every single trophy that a game has to offer. Winning and beating the game occupies the second priority for them, completing every challenge is the first one. You can find them doing the same thing over and over again, just to earn a trophy.

They scour through hidden dungeons and complete every single side quest just to get a trophy. If you’ve ever encountered one, you’ll know that they love to flaunt their trophies whenever they get the chance. Their platinum trophies are dearer to them than their life savings. The Trophy Hunter Gamer will play any game as long as it offers trophies.

The Mobile Gamer is a new and emerging species of gamers in the world. Previously, they were considered an outcast. PC gamers consider them the lowest of scum and deny their existence.

However, a mobile gamer just wants to have a good time. With the emergence of competitive titles such as PUBG and Fortnite on mobile platforms, mobile gamers have risen to prominence.

The development industry loves them as their mobile games have the highest cost-to-profit ratio.

Gamers come in all ages and sizes. We may have polar opposite views on the subject of video games and their approach to the same but despite our differences, we share a sense of unity among ourselves.

If there’s one thing all types of gamers can agree upon is the fact that video games aren’t a total waste of time! While most of them may not be the most productive tasks, video games are a fantastic medium of entertainment, leagues ahead of TV.