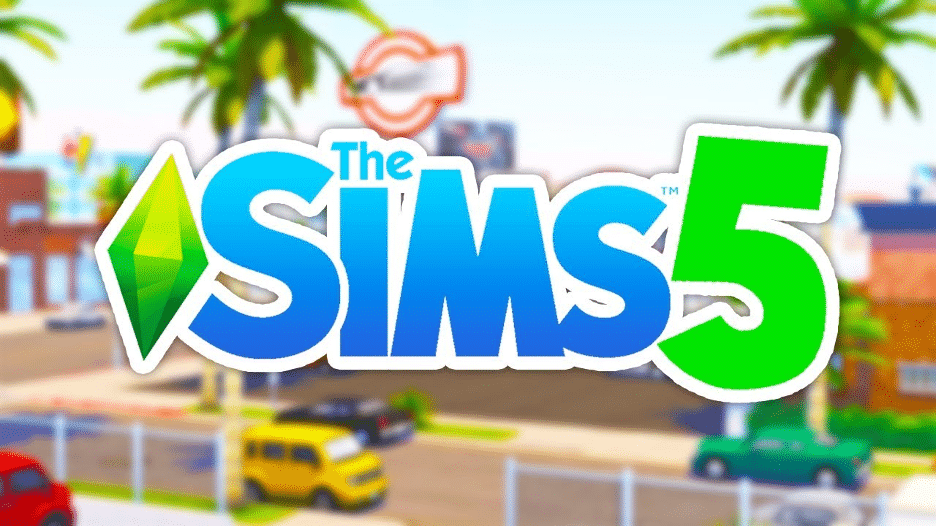 2020 is many things but nothing like we imagined. Come September is the 6th anniversary of our favorite game, The Sims 4. The Sims is our safe haven in the world that is currently undergoing a restructuring process. After waiting so long, it is only fair that they do justice to Sims 5.

Sims 4 was a runaway success, but did it tick the right boxes? We were showered with amazing expansion packs from the makers for over 6 years. We were ecstatic every time we heard an announcement.

However, some fans did not echo our thoughts, they felt the number of expansion packs released was too much. The gaming world is filled with people who expect the latest installments of games to provide a better immersive and innovative experience than the previous ones.

Pleasing everyone is not possible but makers can easily change opinions by releasing an improved Sims 5.

It is hard to keep track of all the news and rumors surrounding the Sims 5.

But we have compiled everything there is, including details about the release date, trailer, and some insider scoops as well!

Several rumors suggested that Sims 5 will not see the light of the day. After going through such sources and articles, we learned that those articles were just pure speculations.

As of now, there is no official confirmation regarding the cancellation of the Sims 5. Grant Rodiek, the senior producer at Electronic Arts, commented on the official Sims forum that Sims 5 will not happen if the 4th is not successful. This happened just a few days after the launch of Sims 4. Unfortunately, that comment is not available on the forum anymore.

Sims 4 received a lukewarm response initially. The makers charged in immediately and released Downloadable Content or DLC frequently. Thus, players’ interest in the game peaked and gradually Sims 4 became one of the best sellers of the franchise.

It has now reached 20 million unique players and has revenue worth $1.98 billion. That is almost 70% of the total net revenue in a quarter for EA!

Sims 4 was a free game on the PlayStation Plus, a move that attracted players from all over the world like a beacon. 10 million players joined the Sims community after January 2020, reaching one-third of the total in just a few months.

A game that reeks in $1.98 billion is entitled to a sequel, right Grant?

What Is the Release Date for Sims 5?

So, now that there is a possibility of getting Sims 5, when is the release date? Let’s look at the launch pattern of Sims.

Sims 4 has had 9 till now and with a new expansion pack launched just in June, we expect more on the way.

Covid-19 has shaken up the gaming world, delaying announcements of many games, sequels, and digital media. If we were to predict the arrival of Sims 5 considering all the factors, it might happen somewhere around 2021-2022.

How Much Will Sims 5 Cost?

Considering a minimal price hike from Sims 3 to Sims 4, the 5th installment is expected to follow a similar pricing model.

The stuff that costs us more is usually the expansion packs. Most expansion packs are expensive, but they are worth it. There are many mods developed by fans as well, popularly used across the community, that considerably improve the gameplay.

Previously, we had the option of downloading Sims 4 for free. All you had to do was go to Origin, select “ Get it for free”, sign-up/log-in with your EA account, and add the game to your account.

We do not know the reason for making it free, maybe it was a marketing strategy. Unfortunately, on May 28th, EA closed that offer.

There are a lot of websites that offer pirated versions of the game, visit, or download from those sites at your own risk. The Origin website also offers a trial version of the game and it is completely free, for up to 48 hours.

There is no official trailer for Sims 5. One Google search will spit out hundreds of fake trailers for Sims 5. It is difficult to recognize whether the trailer is fake or real, right? We have a foolproof method of figuring it out and this holds good for any digital media.

There are 3 steps to find out whether the video is real or not.

1. Is the Channel Verified?

Check whether the channel posting the video has a verified tick mark. In the case of Sims 5 trailers, channels did not have the tag. The channel name was ripped off from the maker’s name.

It is difficult to know everything we follow, and people take advantage of us by using clickbait. Thumbnail is what draws us to the video, and we are so focused on it, that we forget to read the description. The description part contains details regarding the video and informs you whether it is the real version, or a fan made. For Sims 5, we found that there was no description for some, and other videos had ‘fan-made’ mentioned in them.

3. Check Out the Comments Section

Hope, our techniques will help you to differentiate real from fake easily.

Any News Regarding Sims 5 Or Expansion Packs?

News Leak! On Sunday, August 1st, a game pack icon was leaked on the official site of Sims. It is about time that Sims 4 gets a new game pack. This interesting leak has woken up the Sims fans from slumber.

Some fans argue that the icon reminds them of Star Wars, whereas others believe it is Atlantis, an underground city in the sea. Let’s not dive into the sea of assumptions yet and let the force guide us towards concrete news concerning the game pack.

EA CEO Andrew Wilson was ecstatic after seeing the success of the game. He said that Sims does not face much competition because of its unique category and is a tremendous growth opportunity for the company.

He also said that the next generation of Sims will focus on “Social interactions and competitions” and hinted at the possibility of multiplayer in the future.

The future cube feature in Sims is giving us possible hints related to upcoming content. According to a website, one of them is a hint for a romance pack with a destination theme and the other for bunk beds. Other predictions are yet to be decoded. Hopefully, we will get more clues about them soon.

In other news, Sims has now surpassed 30 million lifetime players. According to EA, the second quarter of 2020, is the most successful one for Sims, and players have increased by 50% in the past few months.

The credit of Sims 4 success surely goes to amazing expansion packs releases at the right moments. The Nifty Knitting pack tickled the ASMR in us and sent us to a cozy place where there is no pandemic.

What Are the Rumors and Speculations Surrounding Sims 5?

We came across an interesting rumor on social media. A Twitter user pointed out that the PlayStation magazine in the UK has confirmed the existence of Sims 5.

This tweet went viral and a website decided to investigate it. However, it found out that the tweet had no conclusive evidence and decided that the news might just be a prank. Since we have already addressed the existence of Sims 5, we will digress from the topic.

Sims is a getaway from reality for most of us. The uniquely designed gameplay makes them superior to most games and attracts gamers from all genders.

Sims has consistently provided us updates that make us want to stay in the game if possible. No game is perfect, Sims also has a few chinks in its armor. We will dive deep into some of the flaws of the game and what players expect from the Sims 5.

Genetics is what makes us what we are, and Sims should follow that too. Sims 4 is designed to inherit flaws individually and as a result, characters started to look bizarre in subsequent generations. We would like Sims to fix it. One Reddit user suggested characters could pass on aptitude stats to later generations. For example, if the parents are blessed in art, their child would inherit those skills at a higher level or can easily level up to a certain level. It is just an idea hopefully makers can investigate. Every Sim is of the same height, it is baffling to see that there is no option to change the height yet.

The Sims 3 had an open world option, and everyone loved it. But this was unavailable in the 4th installment. Sims 5 should have an open world. Sims 4 had better costumes than the previous installments and we expect the makers to follow the tradition. We all miss the color wheel, at least include color options for build items, stairs, etc. Our real-world has no dearth for career choices, why should Sims be any different?

Right now, there are just 2 options for a career in sports, athlete or sports. There are hundreds of sports such as boxing, MMA, football, basketball, etc. It would be interesting if Sims combines sports careers with an aptitude for skill as explained above. Imagine being able to ace in football without breaking a sweat, as the parent is great at a sport. Sims has not given much thought towards sports, maybe 5th time’s a charm?

We all have fond memories of our schools, what if we can relive those memories by going to school? We want Sims 5 to give children more freedom to do activities at school and universities. It would be interesting to see students pull pranks on teachers, be the class clown, or ask questions like nerds. This also opens the door to other activities in schools or colleges which the makers may not want to associate with the game. Sims 5 should take notice of this issue and come up with necessary rules if it plans on launching these features.

There you go, we have covered all the news, rumors, and speculations surrounding the Sims 5. The pandemic has turned everyone’s life inside out and made people lose hope about everything. Playing Sims is one of the best ways to take a pause from our daily life and go live in a fantasy world where we have control over most things.

Fans of the game or Simmers spend a large amount of time and money in the game. Hardcore fans of the game resonate with one thought and that is expecting Sims 5 as close as it is to real life. A happy and exciting world minus the real-world problems. This will encourage more simmers to jump into the game, forget about their troubles until they return to reality. Lastly, we expect Sims 5 to release with a few basic packs and seasons, they can price it accordingly.