Who Is Philza Minecraft? (All About the King of Minecraft) 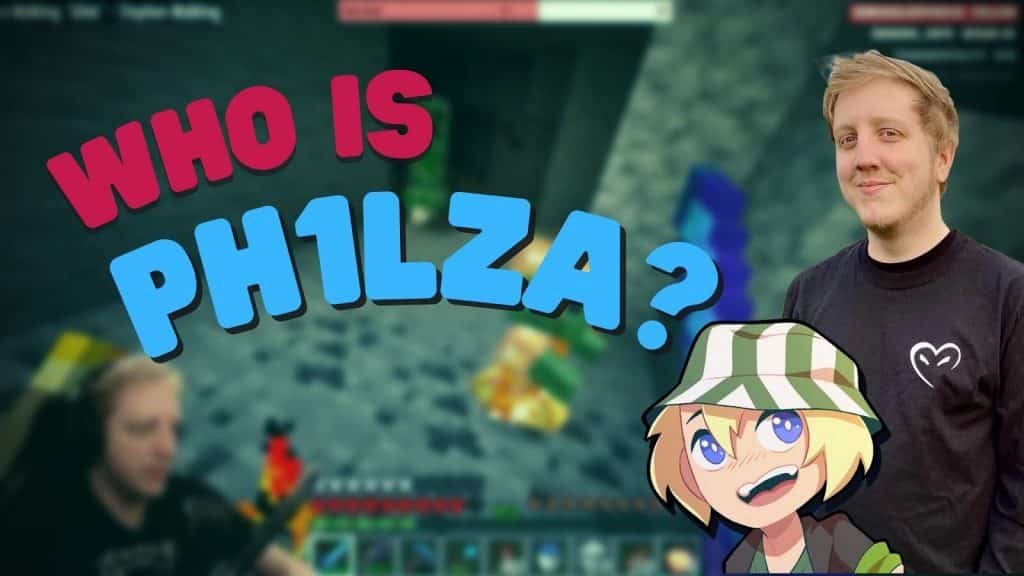 Philza is best known for his Minecraft hardcore mode video series in which he played the same hardcore survival save for five years. He controls and voices the character Philza on Dream’s invite-only Survival Multiplayer server.

At the time of writing, Ph1LzA has more than 4 million followers on Twitch and 2.88 million subscribers on his YouTube channel.

Who is Philza Minecraft?

Philza (sometimes stylized as Ph1LzA) is the online alias of Philip Watson, a British gaming YouTuber and Twitch streamer who focuses mostly on Minecraft.

Born in the Netherlands on March 1, 1988, Philza has played Minecraft since its beta phase back in 2011. Even then, he would spend days playing the game’s Hardcore mode, chasing the high-stakes thrill of potential permadeath.

In 2021, he created a new channel, PhilzaCLIPS, dedicated to highlights from his live stream. Philza is a member of the Minecraft content creator collective Sleeyboisinc together with Technoblade, Wilbur Soot, and TommyInnit.

On March 11, 2020, Watson married his wife Kristin. He currently lives in the United States, where his wife is from.

He first created his Twitch account in 2017. At the start of his streaming career, his channel only pulled in a dozen or so regular viewers.

For years, he was content with his tiny but loyal viewer base, who tuned in regularly to see how Watson would survive another day on his Hardcore Survival Minecraft save.

Survival mode is the default game mode in Minecraft. In this mode, players must collect resources and craft items in order to survive the game’s harsh world.

This isn’t easy as the Minecraft world is filled with dangerous animals and monsters (called mobs) and rife with deadly environmental hazards.

Philza played on Hardcore mode. Unlike in regular Survival, when you die in Hardcore mode, you do not respawn back in your base. Death is permanent; a wrong turn or a small error could spell the end of your game.

Enemies are also much, much tougher than they are in regular Survival, and players can also die of starvation. Under these extreme conditions, Philza stayed alive, day after day, week after week, for more than five years.

He defeated the Ender Dragon early on in the run, technically “beating” the game. But he didn’t stop there. Over the next several years, his followers watched as he slowly but surely terraformed the Minecraft world.

Block by block, he transformed his original spawn point into a massive island. Then, he painstakingly built an enormous underwater paradise.

The Overworld wasn’t enough, though. He traveled by portal to The Nether, and in no time, he had a fully-customized headquarters for his excursions in the other dimension.

Not even The End was safe from his pickaxe and architectural skills. Philza’s greatest and most awe-inspiring creation would be the Chaos Cavern, an enormous subterranean structure.

Living mobs decorated the underground complex, trapped for display in transparent cages. It even had its own transportation system.

Also read– How to get Philza Minecraft skin?

One day, Philza’s in-game luck finally ran out. What was supposed to be a regular, everyday dig quickly spiraled into tragedy when he was ambushed by a baby zombie, creeper, and skeleton all at once.

This wasn’t Philza’s first brush with death — over the years, he’d experienced his fair share of close calls — but it would, unfortunately, be his last.

In a panicked frenzy, he attempted to kite the mobs, all the while guzzling food to restore his health. It wasn’t enough.

His viewers were shocked. “No, that’s how I die!?” After five long years on the same permadeath save, Philza’s run had finally come to an end.

Philza spent some time mourning his loss, but little did he know that this virtual tragedy would change his life forever.

Word quickly spread about the small-time streamer who had lost five years of progress in a Minecraft Hardcore save. Five years — a figure many believe is the longest single run of a permadeath mode save.

Players flocked to his YouTube channel to watch a compilation video Philza had uploaded summarizing his record-breaking run. It wasn’t long before media outlets picked up the story.

Within a week, he was on national television.

Every day up to the end of his hardcore run, Philza streamed to his audience of 5–15 viewers. They were a tight-knit collective and he knew each of them by name.

A few days after the story went viral, he was pulling in 180 average viewers on his stream.

Philza was surprised by how much attention the embarrassing end to his Hardcore run hard garnered. He played Hardcore mode because he loved it; he had no idea that he had done something extraordinary (and potentially record-breaking).

If anything, he assumed it would invite ridicule. Players at his skill level — true masters of Minecraft’s survival mode — typically don’t find themselves dead to a spider and a baby zombie.

After finishing his spot on national TV, he took advantage of the new attention with a 24-hour live stream. Philza started a new Hardcore world and set a personal goal of reaching 100 subscribers on Twitch.

By the end of the 24 hours, he had smashed that goal, earning nearly 350 subscribers. Overwhelmed with the outpouring of support from the Minecraft community, Philza broke down into tears at the end of the stream.

According to the latest figures on TwitchTracker, Philza averages 38,581 viewers per stream. A far cry from the rough dozen he was pulling in before. He is now in the fourth season of his Hardcore World series.

And that’s all we know about Philza, the Minecraft living legend. Perhaps you hope to be like Philza one day; stay tuned to access our guides, tutorials, and design ideas.

Related: Who Is Dream?- All About the Controversial Minecraft Creator