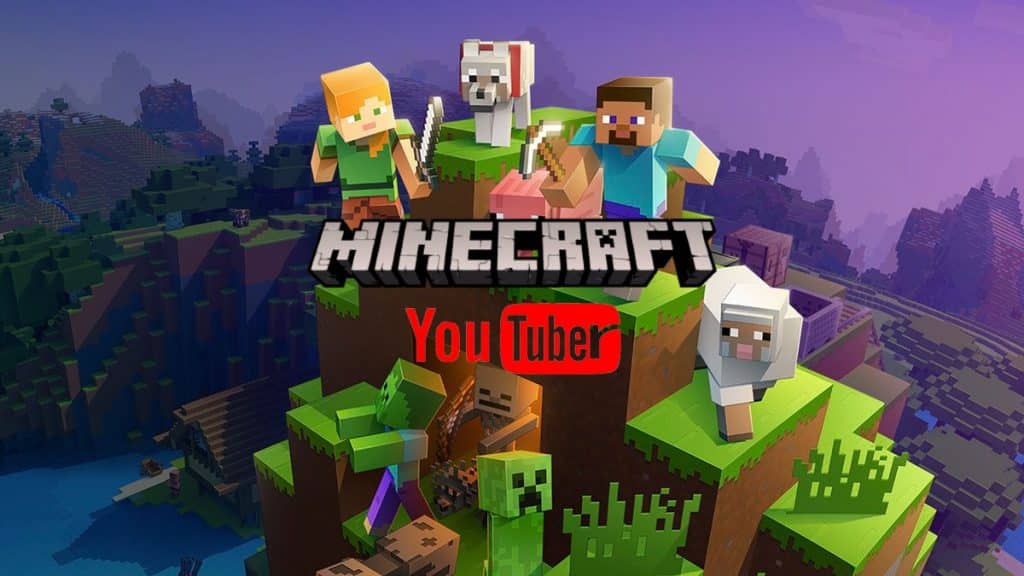 The internet is a vast and ever-changing landscape, but one thing has remained constant for over a decade now: Minecraft is awesome. The popular block-building game has captivated players of all ages from all over the world, and its popularity shows no signs of slowing down any time soon.

One of the reasons Minecraft has been so successful is because of the community that has grown up around it. There are millions of Minecraft fans out there, and many of them have turned to YouTube to share their passion for the game with the world.

If you’re looking for some great Minecraft content to watch, check out our list of the 25 best Minecraft YouTubers.

From amazing builders to funny commentators, these channels have something for everyone.

No Minecraft YouTuber list would be complete without Stampylonghead, one of the original Minecraft broadcasters and still one of the most popular.

With over 10 million subscribers and a loyal fan base that just keeps growing, Stampy is an undisputed Minecraft legend.

Another Minecraft veteran, Dan TDM has been creating Minecraft content since 2011. Known for his hilarious commentary and engaging videos, TDM is a favorite among Minecraft fans of all ages.

One of the original Minecraft YouTubers, SkyDoesMinecraft has been entertaining fans for years with his hilarious commentary and creative gameplay videos. With over 10 million subscribers, Sky is one of the most popular Minecraft broadcasters out there.

CaptainSparklez is another Minecraft veteran, with over 10 million subscribers to his name. Known for his entertaining Let’s Plays and Minecraft music videos, CaptainSparklez has earned a place among Minecraft’s elite broadcasters.

A former professional gamer, AntVenom is a Minecraft YouTuber known for his informative videos and insightful commentary. If you’re looking to learn more about Minecraft or just want to be entertained, AntVenom is the channel for you.

Dream is a Minecraft YouTuber known for his creative and entertaining Minecraft videos. With over 29 million subscribers, Dream is one of Minecraft’s most popular broadcasters in the Minecraft space.

His channel has seriously blown up in the last couple of years, to numbers that I don’t think any other YouTuber will ever be able to hit in such a short time.

His videos are always full of surprises, and he never fails to entertain his fans. If you’re looking for a good laugh, check out Dream’s channel!

Just like Dream, GeorgeNotFound has found his popularity in the last couple of years and he too has blown up thanks to the success of his friend, Dream.

Although he does not have as many subscribers, he still has a respectable amount (just over 10million right now) and any video he uploads easily transcends the one million mark.

If you’re looking for some great Minecraft build tutorials, check out Zaypixel’s channel. She is a Minecraft YouTuber known for his amazing builds and informative tutorials.

With over 2 million subscribers, Zaypixel is one of the most popular Minecraft builders out there who creates beautiful buildings that you can add to your world if you follow along with her tutorial.

Every video she puts out has had love put into it, and every building she creates is aesthetically pleasing and unlike anything else, you will have seen on YouTube.

Jelly is known for his outrageous Minecraft Content where he and his friends play all sorts of different modded worlds that have some pretty interesting results.

If you’re looking for more than just a Minecraft let’s play channel, Jelly might be a good place to start.

He plays around with a bunch of mod packs that create a great experience for him and his friends – which his 12million fanbase finds entertaining, as each video gets at least over 1million views.

LDShadowLady is a Minecraft let’s plays YouTuber whose personality shines through in every video she creates.

If you’re looking for a bit of escapism into a Minecraft world, and you want a loving and entertaining person to watch, then this is your girl.

TommyInnit is another Minecraft Youtuber that has recently blown up in the last few years, and almost has a cult-like following along with people like Dream and GeorgeNotFound.

Despite this, he is pretty penetrating and a very wholesome Minecraft Youtuber who uploads very enjoyable content.

MumboJumbo is a Redstone expert in the community. He comes up with all wacky and wonderful creations that can allow you to add some useful contraptions and machines to your Minecraft world – or just to flex on your friends with your Redstone knowledge.

He is also one of the many members of Hermit Craft which is a big Minecraft community let’s play server.

Just like MumboJump, Grian is another key member of HermitCraft except his specialists lie in building gigantic structures that are absolutely breathtaking.

If you’re looking to level up your building skills even just a little, I would recommend checking out his channel.

Skeppy is a Minecraft Youtuber who is known for his creative video ideas; such as trapping his followers in caves to see what they will do. Sort of like social experiments.

He has a large following on YouTube, and his videos are always highly anticipated. Skeppy has grown in popularity over the last few years thanks to his channel being slingshotted with the help of his friend’s Dream and GeorgeNotFound.

MooseCraft is currently known for his ‘100 day” survival series where he challenges himself to survive in a Minecraft world. But not just any Minecraft world. He heavily mods these worlds to put his talents to the test.

These videos have grown in interest over the last few months and rightly so. In just over 30 minutes you get to see a full let’s play but only the best bits. So the videos are non-stop action.

iBallisticSquid is a Minecraft Youtuber who has been popular for his creative Minecraft videos. He started making Minecraft videos in 2012, and his channel has since grown to have over 4.2 million subscribers.

His Minecraft videos are usually a mix of Minecraft gameplay, mods, and challenges.

He is another YouTuber who has blown up in the last couple of years thanks to his interesting and alternative Minecraft content which over 3million fans love.

LittleKellyPlayz very unique videos on her channel such as “Growing up as a WEREWOLF in Minecraft” and “I survived 100 days in Minecraft Prison“.

These sorts of videos are a great alternative to generic Minecraft videos and are worth checking out if you want to watch a Minecraft YouTuber that is a little unique in the content they upload.

He uploads unique Minecraft videos that use mods and other add-ons to make for an interesting time when playing with his friends.

Known for his Bedwars videos, Purpled has over 1 million subscribers and is another popular Minecraft YouTuber in the space that only uploads high-quality and entertaining videos for his viewers to enjoy.

Whilst he doesn’t upload as frequently as everyone else in the Minecraft community, his videos are always worth the wait.

if you’re looking for technical Minecraft videos where you watch someone create systems, traps, and machines that will blow your mind.

EthosLab is the one you should be checking out. He is also a Minecraft veteran who has been in the community from day 1, so you’re definitely in for a treat.

Xisumavoid is another Hermit Craft member that uploads high-quality and well-thought-out videos to his over 1.5million subscribers base.

While he isn’t one of the biggest Minecraft Youtubers on this platform, his content is deserving of more popularity and I consider this guy to be a gem in the community.

if you’re looking for a wholesome time whilst learning neat little tricks about the game, check his channel out.

Whether you’re a Minecraft veteran or a newbie, there is something for everyone in the Minecraft YouTube community. With so many popular and talented YouTubers producing content on this platform, it can be hard to know where to start.

Some of our top picks include Skeppy, Dream, MooseCraft, iBallisticSquid, BadBoyHalo, and LittleKellyPlayz. But with so many great YouTubers out there, the list could go on forever. So get watching and enjoy!