How To Connect Nintendo Switch to a Laptop? 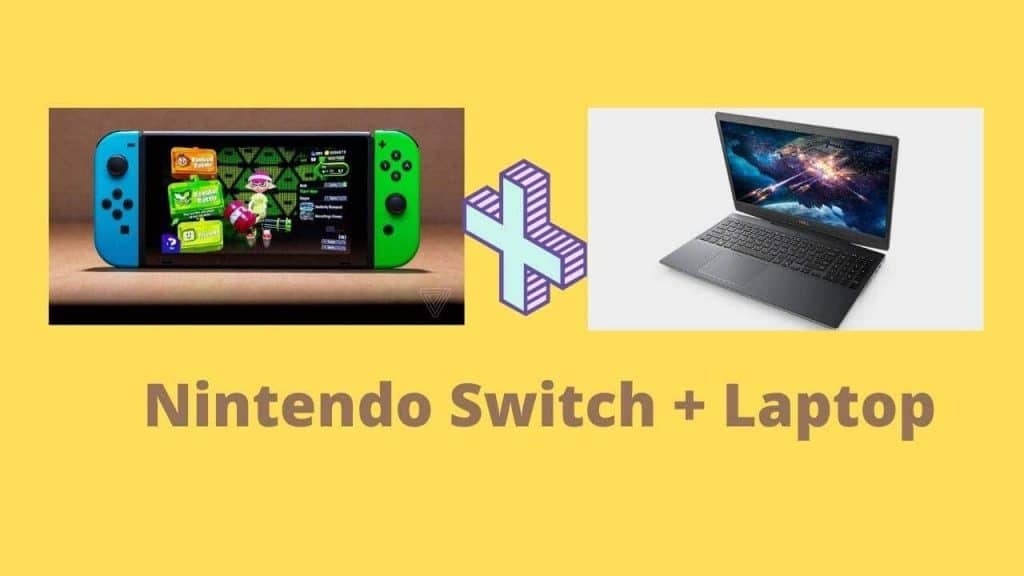 Nintendo Switch is great is perfectly designed for portable hand-held gaming. Beyond consoles and controllers, you essentially get both with a single device – a simple but nimble display and a well-built console body.

But can you get more out of it?

Can you connect Switch to a laptop?

Yes. You can shift the display output on your Nintendo Switch to a TV or a monitor, laptop, or PC, and enjoy gaming at higher resolutions with more screen real estate while using the Switch as just a controller!

How to Connect Switch to a Laptop using HDMI?

Television is designed to work on signals it receives. Televisions can process signal inputs from streaming devices or services via cable connection, screen mirroring, or using an HDMI connection.

This HDMI trick, however, fails to work on a laptop because of the apparent architectural issue. Televisions are developed to work as an HDMI-in device, while laptops work only as an HDMI-out device.

That is, HDMI ports on laptops are meant to output HDMI signals, to run additional monitor/s with its display output, not as input, i.e., not to mirror the displays from other devices.

When you connect the HDMI port to your computer, it may fail to recognize the HDMI connectivity, resulting in zilch.

Even if your laptop starts mirroring the Switch screen, you will have noticeable pixelation, making this entire big-screen gaming unviable to use.

What Do I Need to Connect Switch Display to Laptop?

To play Switch on laptop, you will need some additional equipment first, viz. –

A device that converts video signals into digital signals using an HDMI connection. These devices are widely used for recording and saving gameplay onto external devices. You can check out our article on the best capture for Nintendo switch here or get this capture card that we recommend.

An audio/video high-definition media interface for transmitting uncompressed video data to a digital device. An HDMI cable is a necessity to connect your Switch to the capture card.

Nintendo Dock is a one-stop solution for playing Nintendo switch games on a broader screen that includes an in-built AC adapter and an HDMI cable.

Streaming software such as OBS studio or Stream labs OBS for streaming the Nintendo screen broadcasted via the capture card.

How to Connect the Nintendo Switch to Laptop?

To use the laptop as a monitor for Switch, all you need to is follow a few simple steps.

Keep your Nintendo Switch connected to the charging dock. Using your Switch with the capture card and laptop at the other end will drain its battery significantly faster.

Connect your capture card with the HDMI cable of the Nintendo dock.

After this connection is made, download and install the game capture software on your laptop.

Use a USB cable to connect the capture card with your laptop. Check if your Switch is properly connected to the card via HDMI.

The streaming software will detect the Nintendo Switch connection on your laptop.

On the streaming software, look for the High-definition capture application or choose a similar option/function. Select the full-screen mode, and the entire Nintendo Switch screen will be displayed on the screen.

Once you connect Nintendo switch to laptop, gaming on a bigger screen will be just as fun as on television. Modifying the display from television to laptop screen comes at no extra cost other than the capture card.

Purchasing this capture card will also enable you to play in different gaming resolutions, even allowing you to live stream the content with slight modifications.

Similar steps can be followed to connect Nintendo switch to a computer.

But unlike in PS or Xbox, you can use the Switch both as a proper gaming console setup with a larger display screen (laptop/TV/monitor) or as a hand-held device. The best of both worlds? Just to add it in, top gamers are already using similar setups.

Get yours up and running now!

Can You Connect Nintendo Switch To a Laptop Without a Capture Card?

A laptop is an HDMI-out device. Hence connecting it without a capture card would require you to add a replacement device for the capture card. Such devices will only increase the overall devices and wires to the connection, possibly leading to input lag.

Can Capture Cards also Record The Gameplay on Switch?

Absolutely, yes. Once you have made a connection using HDMI cables and a capture card, you will also be able to record the entire gameplay within a budget. Such devices are not cheap to buy, but given their productivity, purchasing a capture card will enable you to record gameplay and connect a switch to both laptops and computers.

How Do I connect Nintendo Switch to my computer?

You can connect your Switch to your computer the same as you would with a laptop. Use a capture card in between, connected to your Switch via an HDMI cable, and to your computer via USB. If the connections are properly made on both ends, you should be able to see your Switch display screen mirrored on your computer at similar or better resolutions.
Share. Facebook Twitter Pinterest LinkedIn WhatsApp Reddit