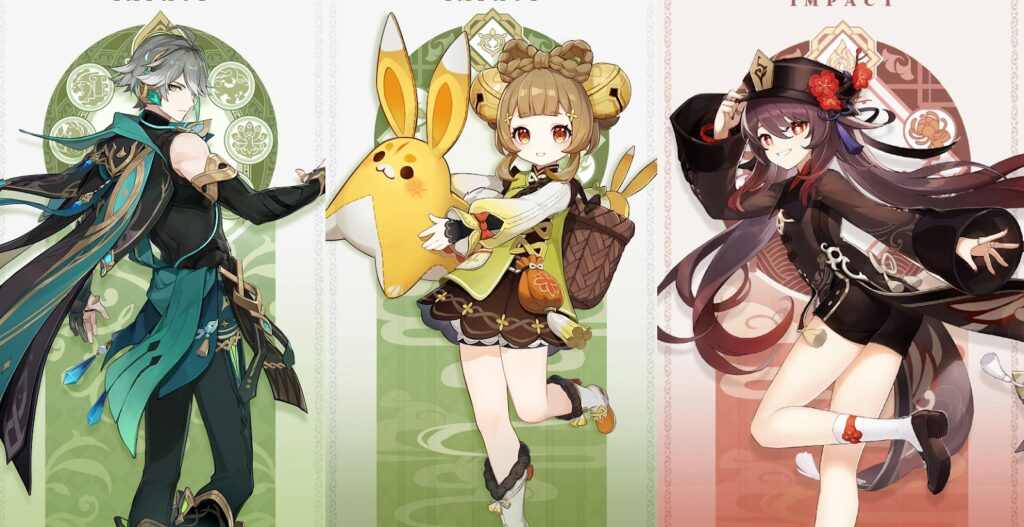 Genshin Impact 3.4 update is still a while away, but the recent livestream has provided us with a lot of information about what to look forward to.

The 3.4 patch update is set to contain a lot of interesting new content for players to enjoy. So, if you want to know everything about Genshin Impact in Version 3.4, we’ve put all the information, including its release date, character banners, and more, in one place for you.

Version 3.4 of Genshin Impact is timed to release on January 18, 2023. The upcoming version’s dates have returned to normal once the patch schedule resumed its typical duration in Version 3.3.

Version 3.4 will have banners of new characters, including Alhaitham and Yaoyao.

Alhaitham will be joined by Yaoyao along with a rerun of Xiao, while Hu Tao and Yelan will return in Phase 2 of the 3.4 release. The 4-star characters for these banners have yet to be announced, but we will find out more in the coming weeks.

Even before his release, Alhaitham was well-known among the Genshin Impact community after playing a crucial role in Sumeru’s story. He will receive a brand new story quest available in Version 3.4

As a scribe, his job is to keep track of all the essential documents that come from Sumeru’s Akademiya. He possesses deep knowledge about everything but generally keeps a low profile and lurks in the shadows.

Yaoyao was popularly assumed to be one of Genshin Impact’s first-ever Dendro characters from Liyue.

Through the main story of Genshin Impact, we’ve learned a little bit about Yaoyao. She is a former chef who left the trade to work as an assistant for Ganyu instead.

She is friends with Beidou and frequently jumps onboard her ship to play as it docks on the Liyue Harbor. Madame Ping and Xiangling taught her, so naturally, she is an excellent cook.

The characters Hu Tao, and Yelan will be rerun in Version 3.4 banners to celebrate the Chinese New Year.

Ayaka will get her very own “school uniform” style outfit. While Lisa, the 4-star character, is said to be getting her own “Sumeru style” attire.

Players will have to purchase Ayaka’s outfit from the in-game shop, however Lisa’s skin can be obtained by playing an upcoming event.

This will be a combat-focused event featuring multiple teams and trial characters that will have to face various waves of enemies. Reaching a certain amount of progress in the event will give players access to Lisa’s outfit.

The Sandstorm, which is divided into three layers/subregions, is the major focus of the 3.4 map update. Travelers will be able to explore the Sandstorm’s Inner, Middle, and Outer portions.

A new World Boss named the Setekh Wenut will also be added to the Desert Region. Entering the Sandworm Boss Cave will allow players to face this monolithic boss.

The Lantern Rite Festival is speculated to return in 3.4, and players will be able to earn a free 4-star Liyue character with Yaoyao, a new Dendro 4-star character available for selection.

The Lantern Rites festival will include a total of 4 different game modes.

A time trial challenge where players will race with blossoming flames as their companions.

In Paper Theatre, learn the true narratives behind the scenes and assist artisans in completing the performance.

Sail the Waverider and complete time trial challenges designed to help a navigator of the Alcor find the most optimal sea routes.

Help the Ministry of Civil Affairs to clear enemies out of the Liyue Harbor region by using fireworks and other items.

A brand new login event will reward players with up to 10 Wishes, and once your logins are high enough, you can invite any of the following 4-star characters to join your party!

Itto will be holding his own Onikabuto brawling tournament in Inazuma. Similar to the recent Fungus Frenzy event, players will raise their beetles and duke it out with NPCs for various rewards!

The Yashiro Commission will also be holding its very own event that features even more combat. However, there is a catch, as players will only be allowed to use their physical weapons rather than their character skills.

Players can look forward to fun combat challenges incorporating unique buffs and bonuses to make the combat even more interesting!

The Genshin Impact TCG (Genius Invokation) has proved extremely popular among Travelers, with many players actively looking for good cards for their decks. However, according to the live stream, Klee and Beidou will make their TCG debut with the 3.4 updates.

The entire breakdown of both cards can be seen on the Genshin Impact leaks Reddit page.

They will also be adding a new time-limited game mode for the Genius Invokation game that will include all the action with none of the wait involved. While waiting for this update, we encourage you to check out these great games like Genshin Impact.